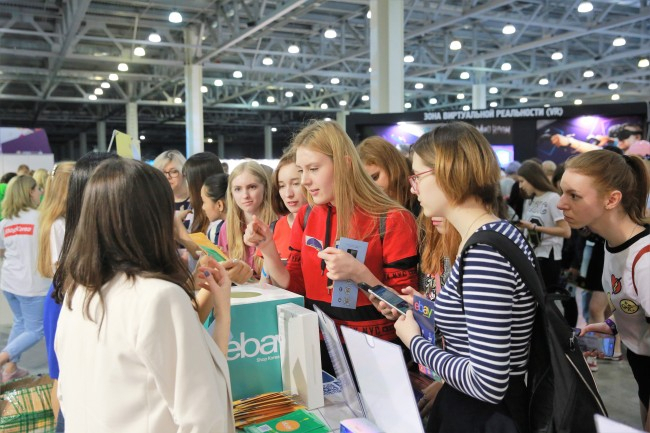 Visitors at a Korean cosmetics promotion event held in Europe gather around a booth. (Ministry of Trade, Industry and Energy)

More than half of European Union citizens hold a positive attitude toward South Korea, according to a study presented by Han Jeong-hun, a professor of Korean politics at Seoul National University Wednesday.

However, when asked about how interested they were in Korea, only 38.6 percent responded saying they were "very and somewhat interested," while a larger proportion -- 61.4 percent -- answered they had "little to no interest."

The data was surveyed by Statista and Hankook Research in October, and 4,000 people from Belgium, France, Germany and Italy, and 2,000 people from Korea participated. It was presented by Han during an event held at the South Korean Embassy in Brussels, marking the 60th year of bilateral ties between the EU and South Korea.

The study showed that interest in Korea was divided among age groups.

“Younger people in the EU tend to show more interest in Korea, and this could be because the younger group was more exposed to Korean culture,” professor Han explained.

Meanwhile, the study also showed Korean citizens tended to have a friendlier attitude toward the EU, with 69.4 percent saying they had positive views, and 15.3 percent held negative views.

Although this study showed EU citizens were generally positive about Korea overall, Han said South Korea should implement policies to increase interactions with the EU to foster better perceptions. Findings from the same survey showed over 70 percent of EU citizens had favorable views of Japan, he added.