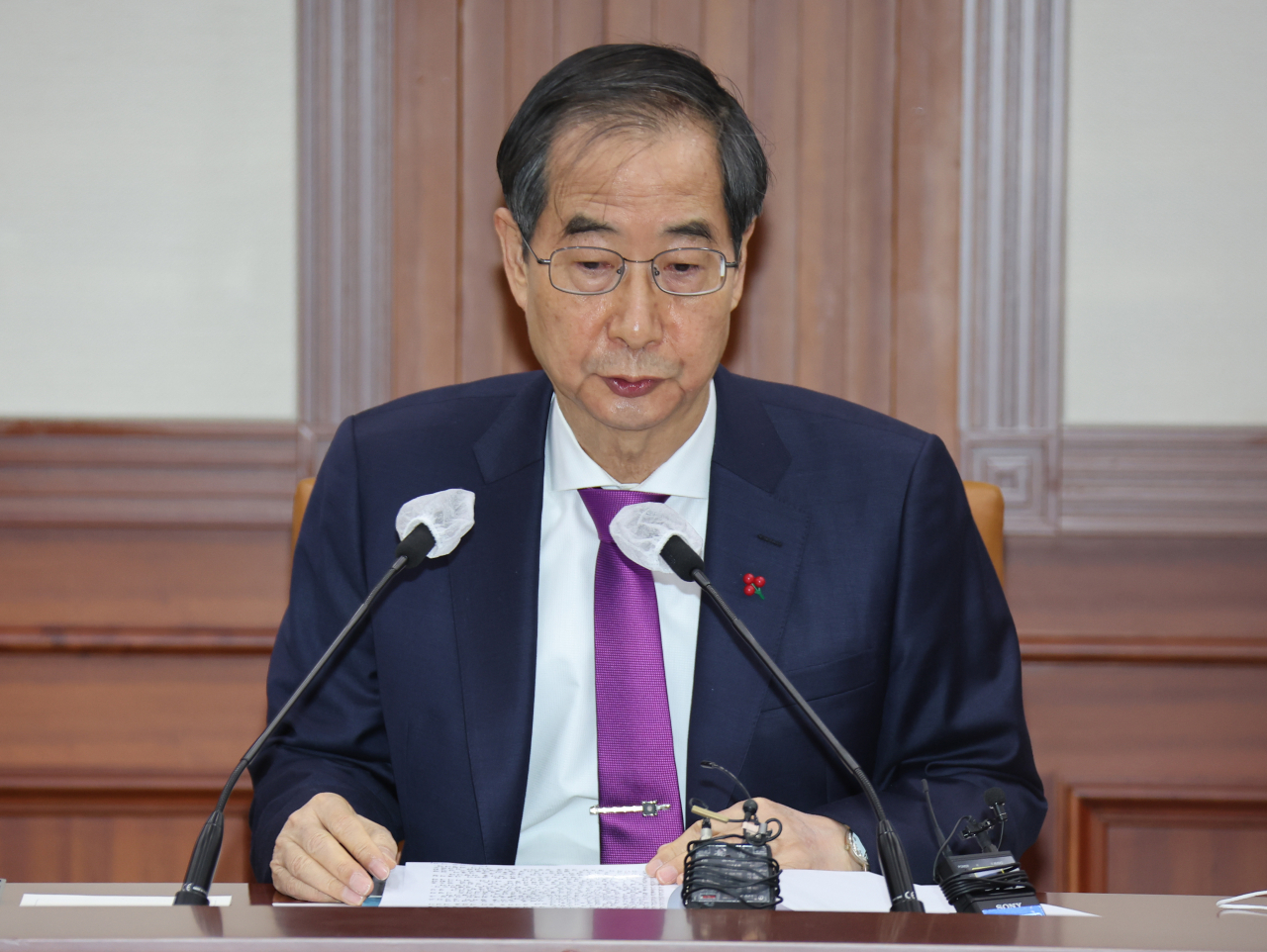 Prime Minister Han Duck-soo presides over a governmental meeting held Thursday, at which the Trade Ministry made an announcement on easing regulatory hurdles for foreign invested firms in Korea. (Yonhap)

The South Korean government pledged to make pan-governmental efforts to lift some of the regulations on businesses as part of its drive to draw more foreign-invested companies, the Trade Ministry said Thursday.

According to the Ministry of Trade, Industry, and Energy, foreign investments play a major role in the Korean economy.

Korea received $21.52 billion worth of foreign direct investment commitments from January to September this year, up 18.2 percent from the same period of the year before.

This marked the highest amount ever for the first three quarters, also surpassing the $20-billion-won mark for the first time, despite uncertainties of the COVID-19 pandemic and US-China rivalry.

Backed by this figure, the Korean authorities have come up with ways to improve the investment environment for foreign-invested companies in Korea, lifting regulations that are discriminatory or do not meet global standards.

By gathering opinions from foreign-invested companies that are listed in the foreign chambers of commerce in Korea and the Korea Trade-Investment Promotion Agency since June, the authorities have rounded up a total of 40 agenda items for improvement.

The authorities will work on increasing the predictability of governmental incentives, such as allowing the preliminary examination of cash grants for businesses related to "national strategic technologies" such as semiconductors, batteries and future biotechnology. This will allow companies to be informed about available support before expanding their businesses in Korea.

The national strategic technologies that need to be developed for future growth were announced by the Science Ministry in October including semiconductor, display, secondary battery, cutting-edge mobility, next-generation nuclear power and future biotech, among others.

The authorities also plan to cut back down on the administrative procedures required for small grants from the government for a speedier approval.

Furthermore, foreign-invested companies in free economic zones (FEZs) will be allowed to rent out sites and facilities in the zones to affiliated companies. Previously, the companies were banned from providing sites to related parties.

There are currently nine FEZs across the nation, including the ones in port cities of Incheon and Busan, which have been designated since 2003 to support foreign companies with tax incentives and eased regulations.

The authorities will also work on unifying the currently overlapping authorization process for importing restricted chemical substances. Currently, importers have to be granted permission by both the Labor Ministry and Environment Ministry. The government promised to simplify the process.

The government also plans to review regulations on the charging of plug-in hybrid motor vehicles and electric motor vehicles in order to make them meet global standards.

The Trade Ministry said foreign-invested companies in Korea raised issues with the government’s certification and verification process; environment and labor restrictions; and state-led support for finance and taxation.