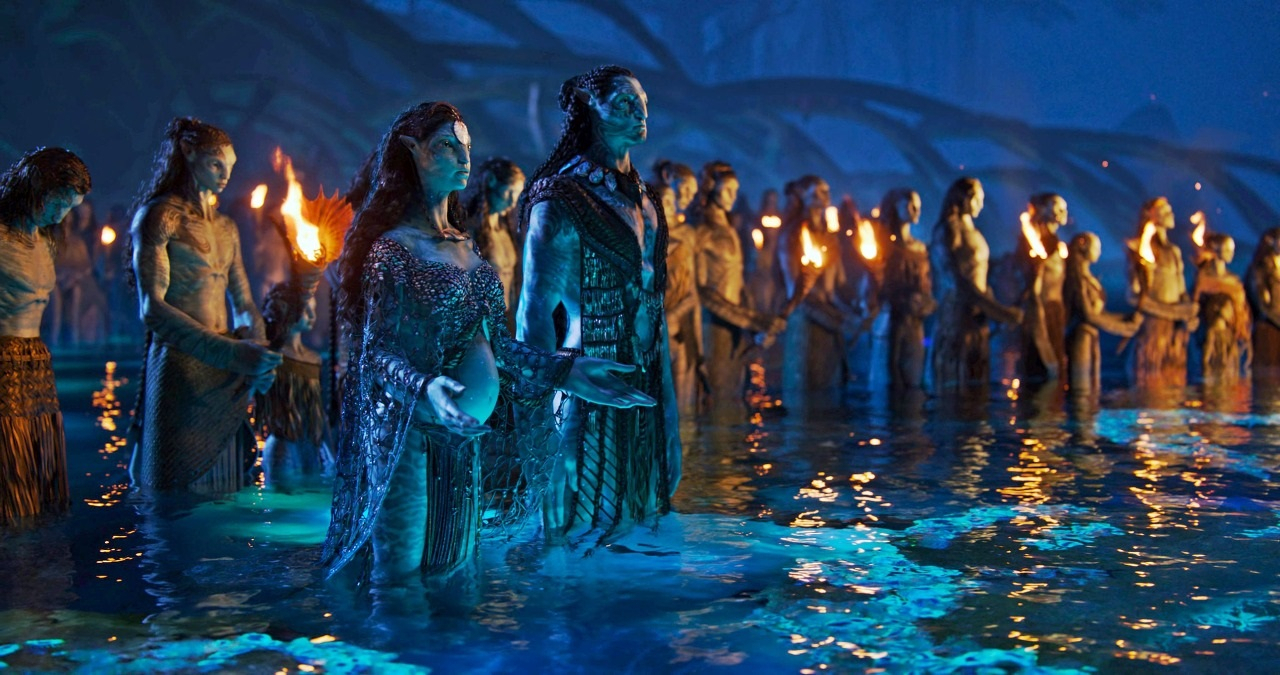 Following the dire, years-long pandemic-related difficulties, local theaters are hoping the box office records will get a year-end boost with a slew of new releases -- from the much-anticipated James Cameron blockbuster “Avatar: The Way of Water” to South Korea’s first ever musical-to-screen movie “Hero.”

Will those films bring back to theaters people who have been streaming Netflix in the comfort of their homes? Or will they stay home, begrudging the ticket prices that have gone up during the pandemic? Movie tickets, which cost an average of 11,000 won in 2020, now cost 14,000 won on average.

Compared to the pre-pandemic times, there are fewer films being released this holiday season. One reason is the Hollywood blockbusters want to avoid having to clash with the “Avatar” sequel -- expected to dominate the screens well into 2023 -- at the box office.

‘Avatar: The Way of Water’

It took a very long time -- 13 years exactly -- for James Cameron’s 2009 American sci-fi film “Avatar” to become a sequel. Poised to be another box office hit for Cameron and Disney, “Avatar: The Way of Water” tells the story of Jake Sully and Ney'tiri having to leave their home and explore the regions of Pandora to fight a difficult war against humans.

Director Cameron reportedly suffered multiple setbacks and delays as he wanted the “right” technology to capture the underwater scenes when producing the sequel in hopes of becoming the highest-grossing movie in history.

Starring Sam Worthington, Zoe Saldaña and Kate Winslet, the movie hits South Korean theaters on Dec. 14, making it the first country in the world to screen it.

The country’s first film adaptation of the award-winning musical depicts the life of Korean independence fighter Ahn Jung-geun (1879-1910). All actors sang during shooting without lip-syncing in order to deliver clear, genuine emotions and realistic acting on the big screen.

The film revisits the final year of Ahn, who assassinated Japan’s first resident-general of Korea Ito Hirobumi at Harbin Station in northern China on Oct. 26, 1909. Five months later, Ahn was executed in a Chinese prison at the age of 34.

Mega-hit film director Yoon Jae-kyoon who produced “Haeundae” (2009) and “Ode to My Father” (2014) adapted the original musical under the same title that premiered in 2009. The shooting was completed in 2019 but its release suffered delays due to the pandemic.

Ju Ji-hoon is returning to the screen for the first time in four years with the comedy film “Gentleman,” alongside his close friend and actor Park Sung-woong has tweaked his strong villain image from “New World” and “The Swindlers” for this new movie.

Directed by Kim Kyung-won, “Gentleman” revolves around the story of Ji Hyun-soo (Ju), a private detective who pretends to be a prosecutor in order to find his missing client, fight crimes and track down outlaws masterminded by Kwon Do-hoon (Park), the head of a large law firm. Actress Choi Sung-eun, who appeared in the hit fantasy series “The Sound of Magic” earlier this year, plays the merciless prosecutor Kim Hwa-jin who works with Ju on solving a murder case.

Director Ma Dae-yoon says his new comedy film “Switch” not only focuses on conveying humorous scenes but also on presenting a family film that offers a moving, thought-provoking story.

In “Switch,” top star Park Kang (Kwon Sang-woo), who works with his manager Cho Yoon (Oh Jung-se), wakes up one Christmas morning and finds his life has changed completely overnight. He is now living an alternate version of his own life in which he is working as the manager of the star actor Cho Yoon. Park Kang is also married to Soo-hyun (Lee Min-jung) and has two adorable kids.

“Switch” marks Lee Min-jung’s return to the big screen in 10 years after last appearing in “Wonderful Radio” in 2012.