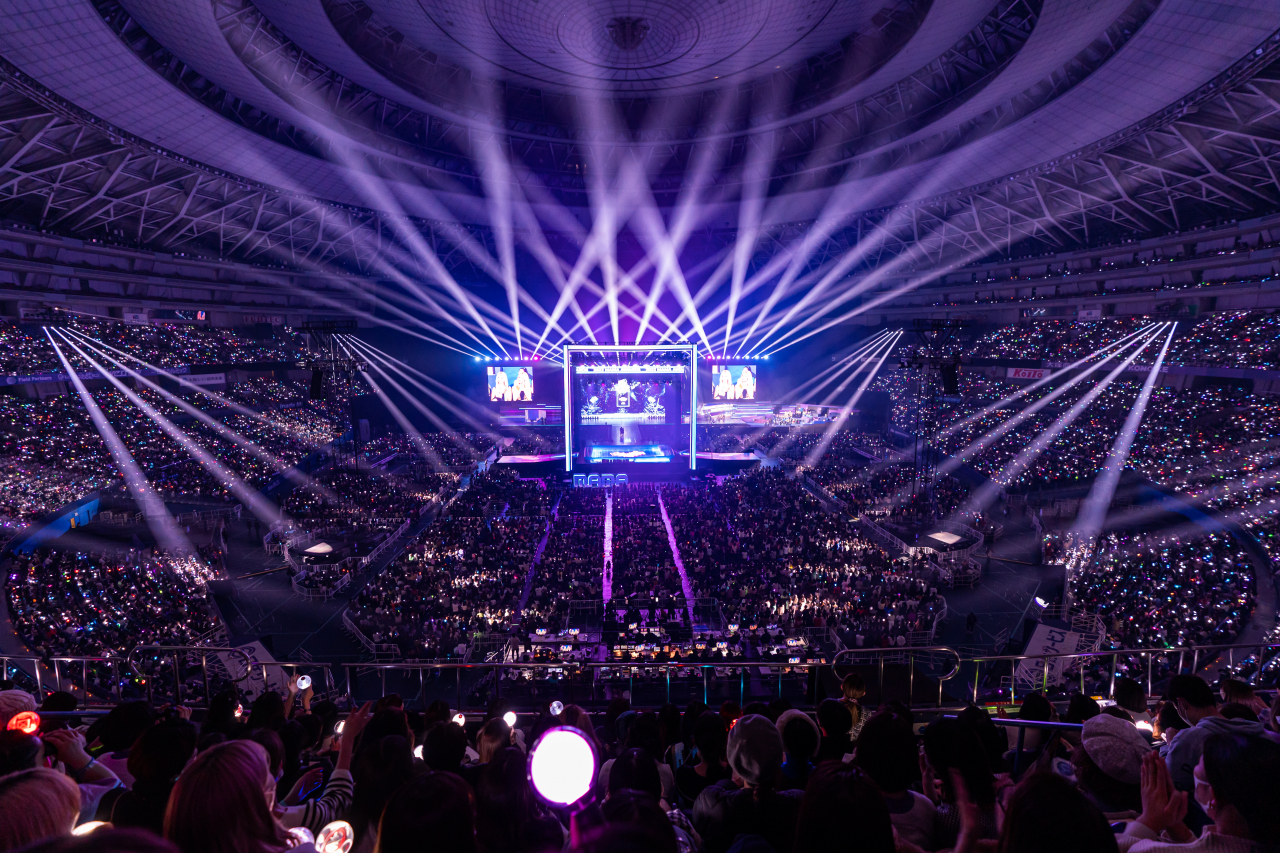 OSAKA, Japan -- The long-awaited 2022 Mama Awards successfully came to an end in Osaka, Japan, and it was about more than handing out the haul of trophies. Living up to its reputation as one of the biggest year-end music shows in Asia, two consecutive nights overflowed with all kinds of artistic creativity, sheer talent, standout performances and, most importantly, a wave of emotions and stories that ended up in tears.

It was a cloudy raining day in Osaka, but the Kyocera Dome lit up brightly with various hues of light sticks on Tuesday, the first of the two-night event. Over 70,000 fans flocked to the gigantic venue over the two days, the award show’s largest audience ever, according to CJ ENM, the local entertainment conglomerate that organizes the Mama Awards. The event’s first night was hosted by Jeon So-mi, former member of project girl group I.O.I, while actor Park Bo-gum took up the baton the next day.

Among the star-studded list of winners, the greatest honors went to BTS, who took a total of six trophies, including Mama Platinum, the prestigious new award created this year for artists who have won in all four main categories for a year.

The band swept artist of the year, album of the year, song of the year and worldwide icon of the year for three consecutive years from 2019 to 2021. Winning four additional awards from Tuesday to Wednesday -- Yogibo Worldwide Icon of the Year, Yogibo Artist of the Year, Yogibo Album of the Year, fan-voted Worldwide Fans’ Choice Top 10 and Best Male Group -- BTS claimed the mighty crown even though six of the bandmates were absent, barring J-Hope, who collected the trophies on behalf of the group and rounded out the second night as the event’s main headliner. J-Hope also took home the award for most popular male artist and Bibigo Culture & Style for “Jack in the Box,” his first solo album that dropped in July.

After staging breathtaking productions of “More,” “Arson” and “Future,” his first live performances off the album, J-Hope took the mic for a heartfelt acceptance speech, in the moment the night took a sentimental turn.

Shouting out the band’s official fandom name “Army” as his first remark, the BTS rapper and dancer said, “It would have been better if all seven of us could receive these awards together."

"This year has been a continuation of trials and tribulations for BTS, as all seven of us tried to search for the answers and went through another growing pain as grown-ups. And in between, we sang about how the best moment was yet to come, and sometimes struggled with the truth untold.”

Looking overwhelmed himself, the musician continued, “But we came to a conclusion that our own happiness could eventually lead to your happiness and good music. … Now we are standing at a point where we believe in trust with each other. To be honest, I don’t think BTS has shown some good results this year, but I will take the awards thankfully and humbly, take it as an encouraging message for us to wrap up this year well. We BTS exist because of you guys.”

J-Hope also didn’t forget to ask fans for their warm support for his bandmates’ ongoing individual careers, including RM, who is set to drop his first solo album, “Indigo,” Friday.

During his emotional remarks, weeps from the audience filled the spacious dome. Fans could be spotted wiping away tears, grasping their light sticks tightly and murmuring the name of the musician.

Adding to the wave of emotions was girl group Ive, who took home Yogibo Song of the Year and awards for best new female artist, best dance performance female group and favorite new artist with their megahit “Love Dive.” Thanking their fans, Yujin said, “We’ve won both the main prize and the rookie award all together today, and it’s very meaningful to us. So many people have made efforts for the song ‘Love Dive.’ We extend our gratitude to our agency families, staff and fans all over the world.”

The girl group, including Wonyoung, had tears streaming on the stage as they thanked each other and fans. The audience responded with warm cheers and applause.

This year’s Mama Awards were rebranded from the original Mnet Asian Music Awards, in an effort to take the event beyond Asia to the bigger world.

Kicking off as the nation‘s first video award ceremony as the Mnet KM Music Video Festival in 1999, the event previously changed its name to MAMA in 2009. It has grown into Asia’s biggest music awards show, promoting K-pop in various venues around the continent, including in Japan, Singapore and Hong Kong.