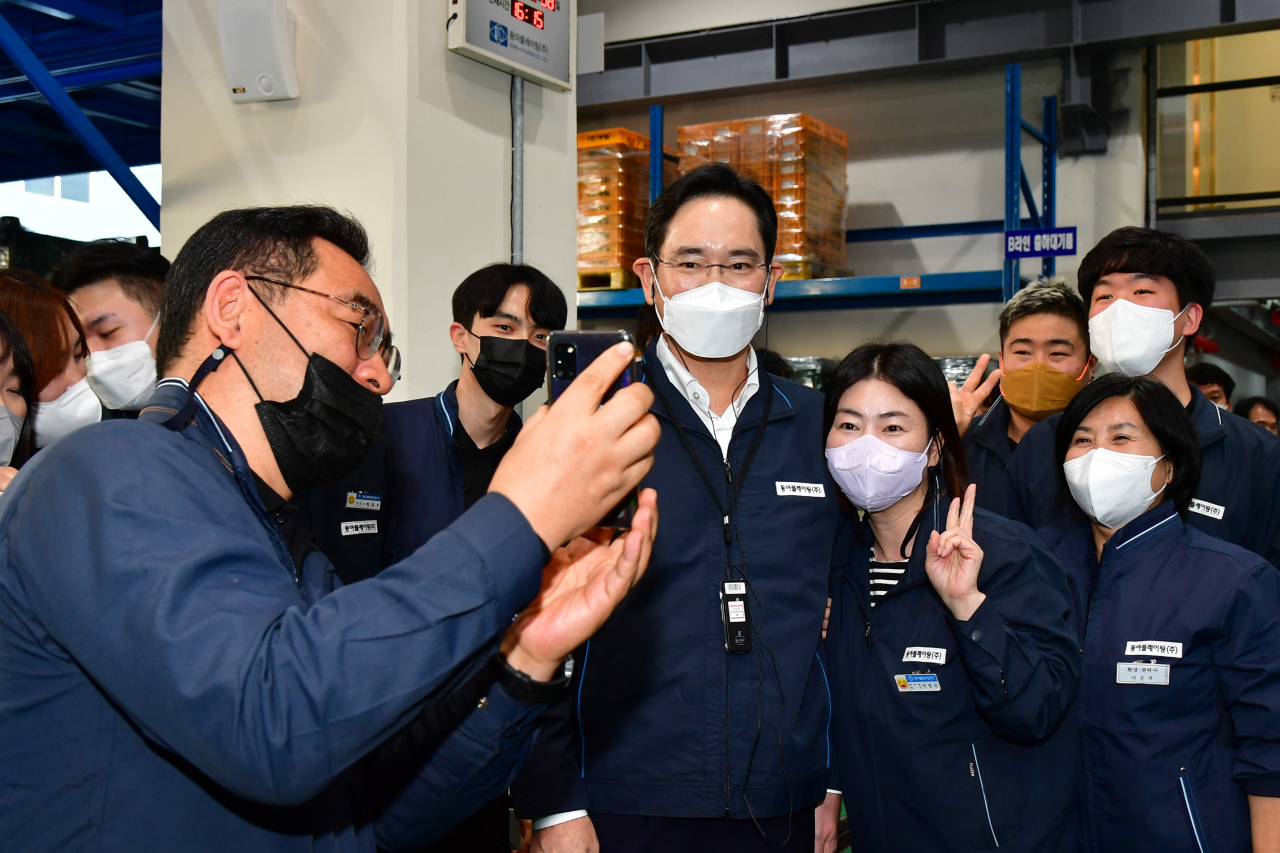 One month after Lee Jae-yong was promoted to the top post at Samsung Electronics, South Koreans are found to have a more favorable view of him than before, data showed Thursday.

According to research firm Data&Research, a total of 18,335 online posts, excluding news reports, featuring the phrase “Chairman Lee Jae-yong” have been published in the month since his promotion to chairman on Oct. 27.

The figure almost doubled from 9,764 posts a month earlier.

During the same period, Lee’s popularity rating also rose. Based on an analysis of the posts, 50.33 percent of them showed a favorable view of him, up from 44.74 percent a month ago. In the meantime, a negative view of him declined from 26.57 percent to 20.84 percent over the past month.

Of the total online posts, the most used emotional term describing Lee was “best,” which was mentioned 4,660 times. Other words frequently used include “expectation” and “like.”

Another popular keyword was “without inauguration ceremony," which was included in 701 posts, which the research firm said reflects that people were attracted to his modest attitude.

“The fact that some 20,000 online posts, excluding news posts, have been created over the past month reflects people’s expectations about Chairman Lee,” a Data&Research official said.

Lee, 54, took office as executive chairman of Samsung Electronics, the crown jewel of the nation’s largest conglomerate, on Oct. 27, 10 years after he held the vice chairman title and 31 years after he joined the company.