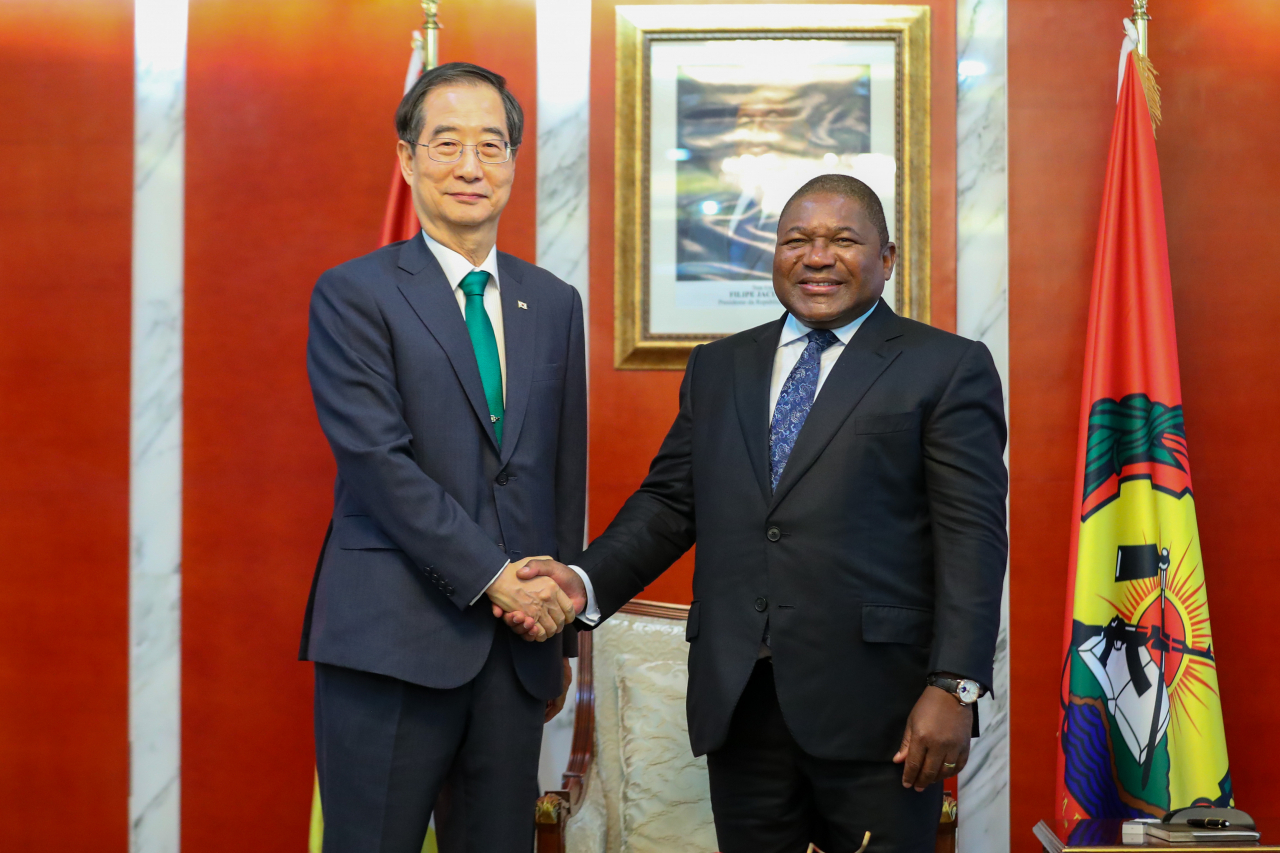 During their meeting at the presidential office in the Mozambique capital of Maputo on Wednesday, Han explained Seoul's initiative to bolster cooperation with African countries and invite their leaders for a special summit in 2024, according to his office.

He stressed how South Korean firms such as Korea Gas Corp. and Samsung Heavy Industries are taking part in natural gas development projects in the resource-rich country.

"South Korea is the best partner to cooperate in this field considering that South Korean companies built all four major floating liquefied natural gas facilities in the world," Han said. "We hope our companies can continue to take part in gas development in Mozambique."

Noting how Mozambique was elected to serve as a non-permanent member of the United Nations Security Council from 2023-2024, Han emphasized the need for the international community to unitedly respond to North Korea's provocations.

In turn, Nyusi noted how South Korea contributed to Mozambique becoming a key manufacturer of natural gas and anticipated to expand energy cooperation with the country.

The two leaders agreed to expand their ties into areas like mineral resources and draw up policy measures to better support investment and economic cooperation.

Han's itinerary included a meeting with his Mozambique counterpart Adriano Maleiane where the two agreed to push for launching a private-sector channel for business cooperation.

They also agreed that the opening of the Mozambique Embassy in Seoul next year, in line with the 30th anniversary of diplomatic ties, will further contribute to strengthening their relations.

The prime minister, who has been rallying for international support for South Korea's bid to host the 2030 World Expo in the country's southeastern port city of Busan, called for Mozambique's support in the race.

Last month, Yoon unveiled plans to expand official development assistance and push for a free trade agreement with African notions, calling Africa "a land of new opportunities," with which the cooperation is "very important" for South Korea in realizing its vision as a "global pivotal state."

Han is set to meet with Korean company executives and immigrants and visit local sites ahead of departing for Ghana, the final leg of his three-nation trip that has also taken him to France. (Yonhap)