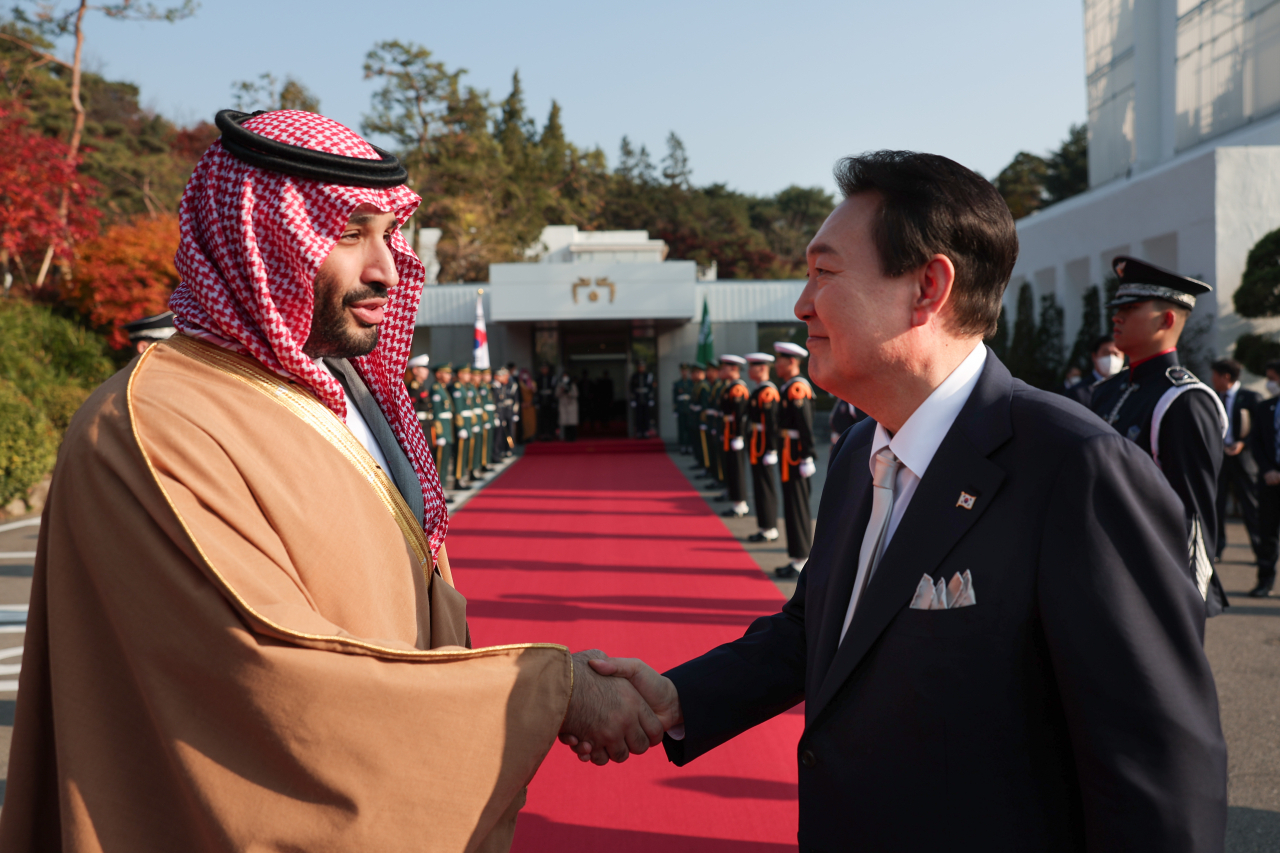 The presidential office on Wednesday denied rumors that South Korea offered to give up its bid to host the 2030 Expo in exchange for a contract for Saudi Arabia's $500 billion Neom city project, calling it "fake news produced by the opposition party."

Opposition parties are “spreading matador,” or black propaganda, in suggesting that President Yoon Suk-yeol gave up on hosting the Busan Expo by making a deal with Saudi Arabia's crown prince and Prime Minister Mohammed bin Salman when he was visiting Seoul earlier this month, the office said.

The presidential office has vowed to take “stern action” if the opposition party does not apologize for the “diplomatic rudeness that downplayed and insulted even the government of another country.”

South Korea and Saudi Arabia are both competing to host the 2030 Expo, among other candidates. The host country for the 2030 Expo will be decided by secret ballot in Paris in November next year, with 170 member countries of the Bureau International des Expositions participating.

On Tuesday, the main opposition Democratic Party voiced concerns over the rumors, with its committee leader, Kim Seong-hwan, requesting Yoon to reveal in detail what kind of promise he made with the Saudi prince.

Kim said an increasing number of people are “suspicious and worried."