After falling to Ghana 3-2, South Korea now faces a narrow path to survive the group stage and enter the last 16 at the World Cup in Qatar. To advance, the team must defeat Portugal, the strongest team in the group, to stand any sort of chance. Even if it does, it could still lose out, depending on the results of the match between Uruguay and Ghana.

With all four teams in Group H having finished their second matches, Korea has just a single point and barely leads last place Uruguay on goal difference.

Portugal, which beat Uruguay 2-0 on Monday, has clinched its berth in the top 16 with six points, becoming the third team after France and Brazil to qualify for the knockout stage.

Ghana, with one win and one loss, has three points and is ahead of Korea and Uruguay. 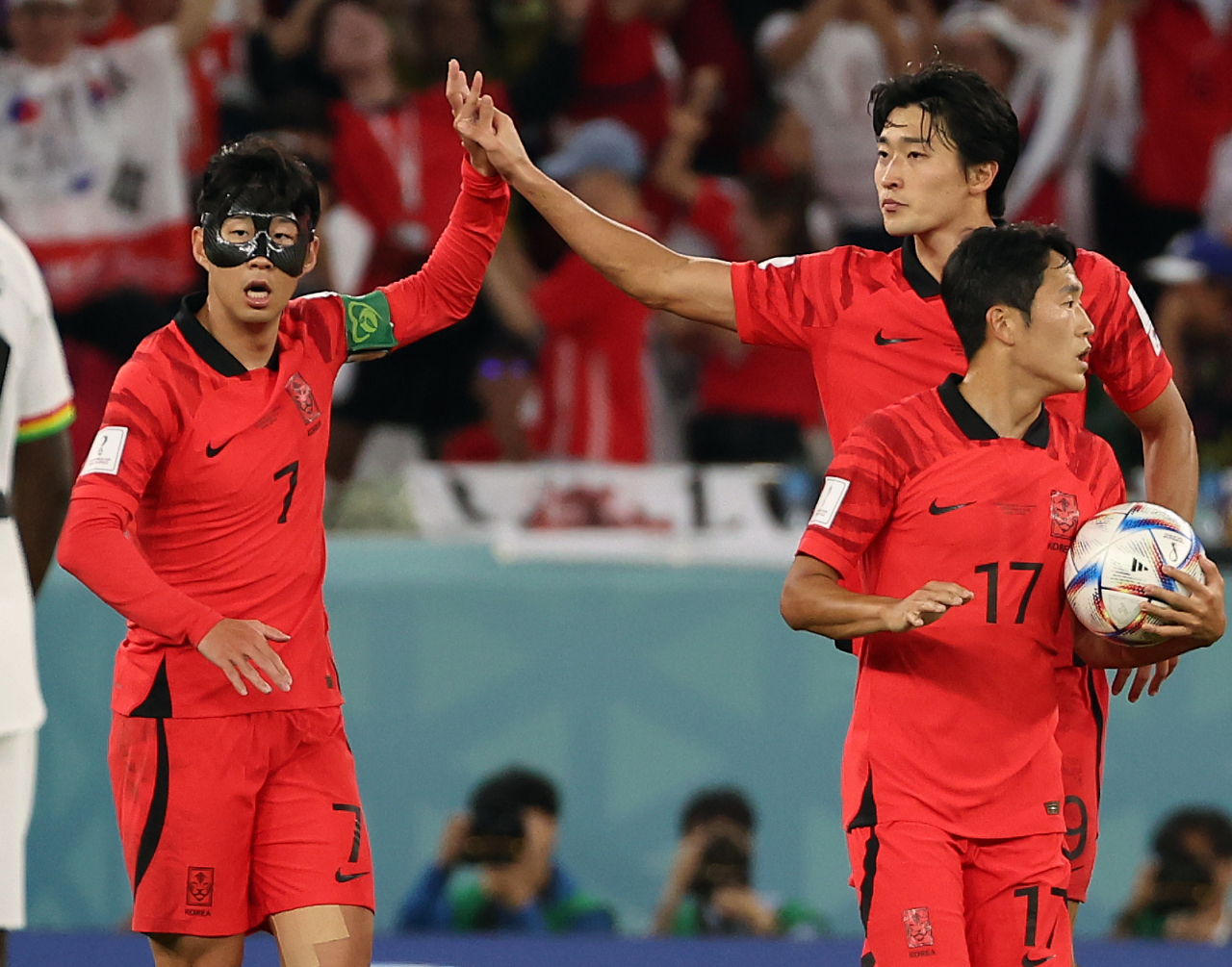 How can South Korea advance?

The chances of the Taegeuk Warriors to advance to the next round are slim, but it's not impossible.

Their next match is against Portugal, which is ranked No. 9 in the world and is the only undefeated team in the group.

The good news for Koreans is that Portugal is already assured of advancing, which could mean the European team turns more to its reserves to rest some of the aging stars, such as 37-year-old captain Cristiano Ronaldo.

The bad news: It is still Portugal. South Korea did beat Portugal in their only World Cup encounter 20 years ago, but that was two decades and a complete squad swap ago.

Adding to problems is that South Korea's Portugal-born manager Paulo Bento will not accompany the team in its final group stage match against his native country Friday . Bento's heated exchange with referee Anthony Taylor at the end of the 3-2 defeat at Education City Stadium in Al Rayyan, Qatar, resulted in a red card.

Bento's complaint was that the South Koreans were preparing for a corner kick awarded in the dying seconds of the contest, and Taylor blew the final whistle while the players were still setting up the final play. 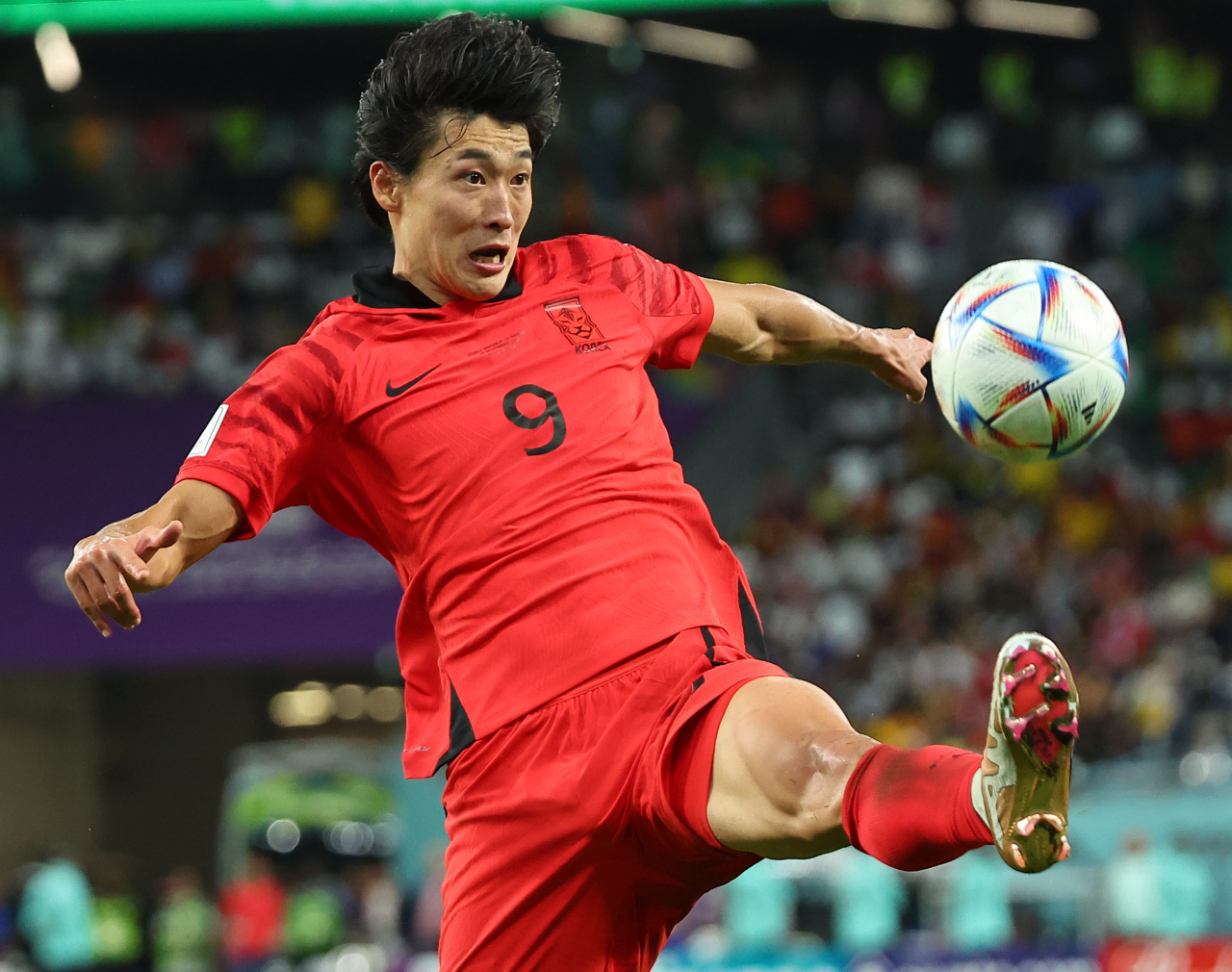 Their heated argument leaves Bento serving a suspension for the upcoming match that is win-or-go-home for Korea, to be held in the same venue at 6 p.m. Friday, which is midnight in Korea.

The match between Ghana and Uruguay will take place simultaneously at Al Janoub Stadium in Al Wakrah, Qatar, with Uruguay chasing its last shot at making the knockout stage. A South Korea loss or draw will result in its elimination, but a victory against Portugal gives it a slim chance.

If South Korea and Uruguay win their respective last group matches, both will stand at 1 win, 1 draw, and 1 loss, while Ghana will be eliminated with 1 win and 2 losses. South Korea leads Uruguay slightly in goal difference, so unless Uruguay wins big, it would be the Koreans who advance.

If Ghana wins, it will notch six points and clinch a berth no matter the results of the South Korea vs. Portugal match. So the only way for South Korea to advance is for it to win, and for Uruguay to avoid losing without beating Ghana by too much. 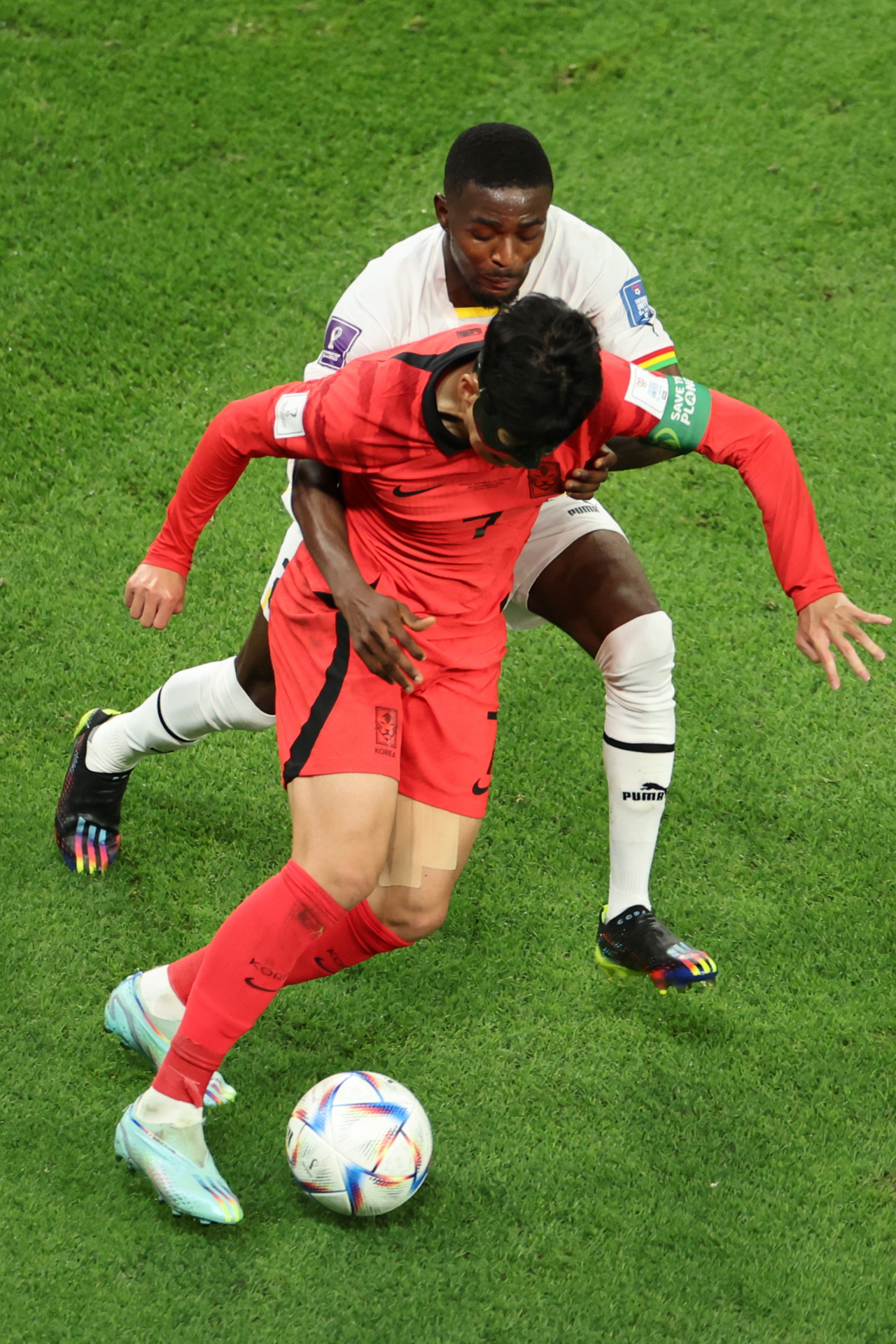