FIFA has been barring supporters from donning outfits or flags that could be offensive to other nations at the ongoing FIFA World Cup 2022 in Qatar.

It was recently reported that the international governing body of soccer has told English fans not to wear medieval Crusader costumes at the World Cup.

“Crusader costumes in the Arab context can be offensive against Muslims. That is why anti-discrimination colleagues asked fans to wear things inside out or change dress,” the Times of London reported, quoting a FIFA official. 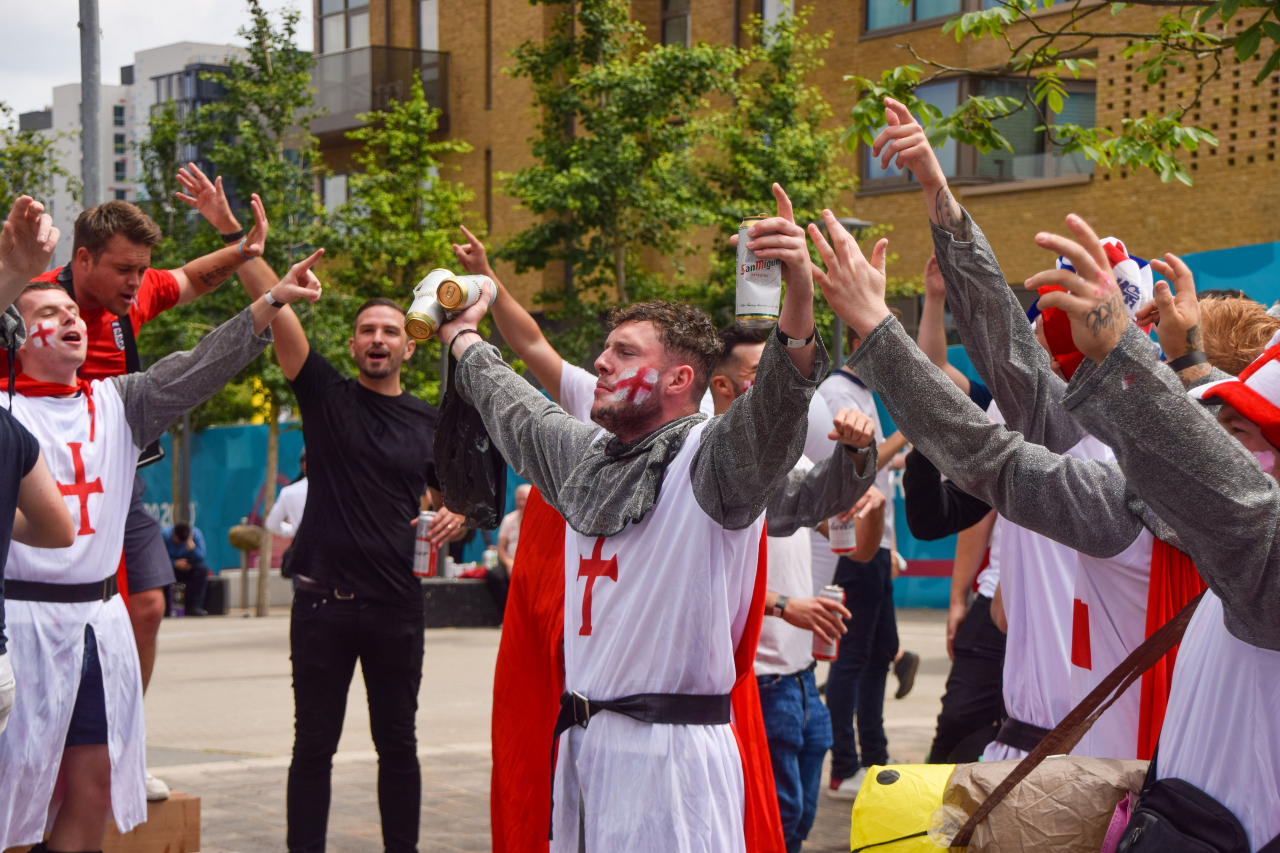 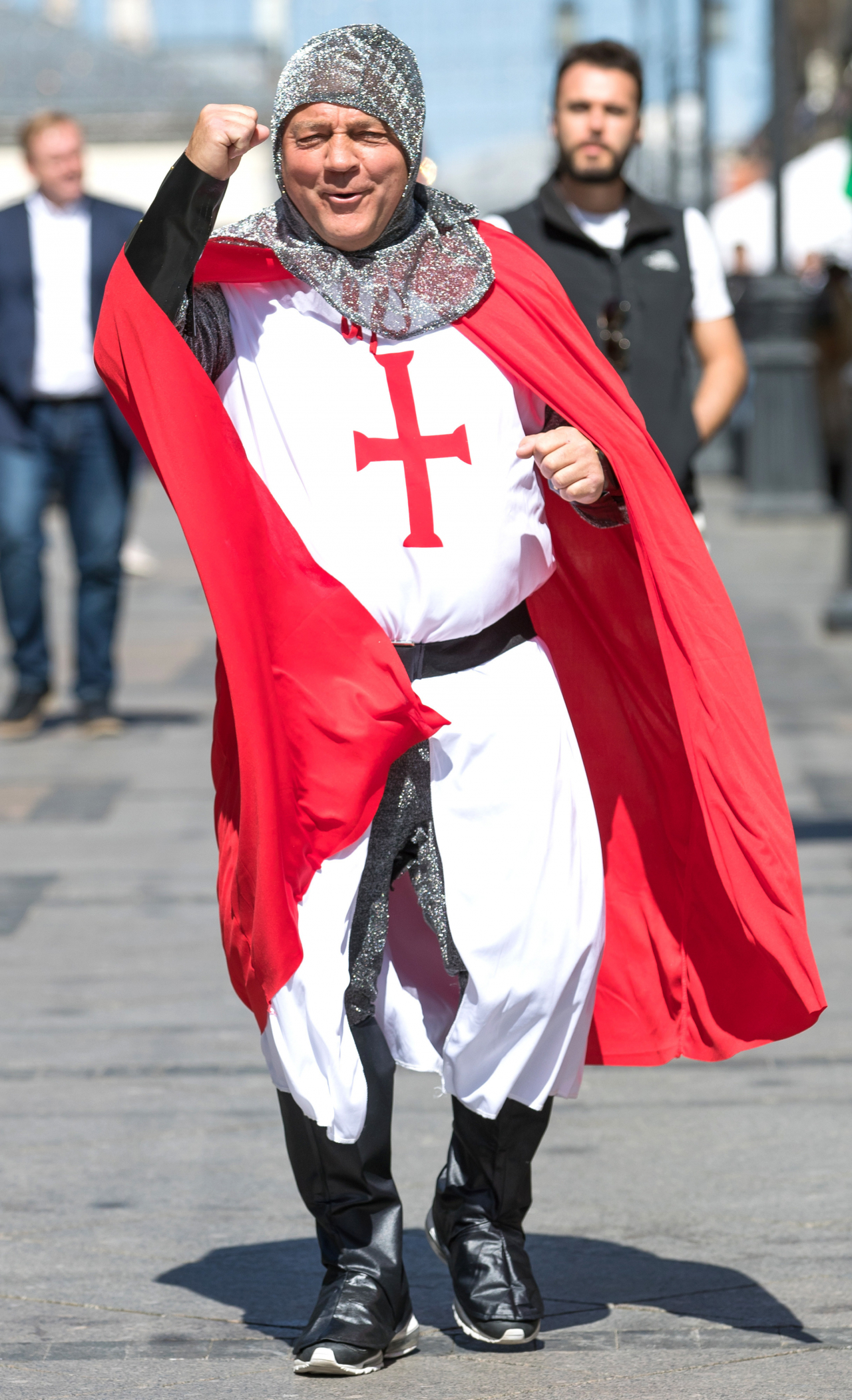 This photo is not directly related to the story. (Getty Image)

The controversy broke out when some fans of the England team donned fake chain mail armor, swords and shields to imitate Crusader soldiers, during Friday’s game against the US that ended in a scoreless draw. There were also some similarly dressed English fans who appeared at an earlier game against Iran, which ended in a 6-2 England victory.

The Crusades refer to a series of religious wars during the medieval period launched from European countries following the Catholic Church against Islamic nations located in what is now the Middle East.

A similar controversy ensued surrounding the Rising Sun flag carried by some Japanese supporters in Sunday’s match between Japan and Costa Rica, which ended in Costa Rica’s 1-0 victory. It was reported that FIFA officials stopped fans from hanging and displaying the controversial flag.

The Rising Sun flag was used by the Japanese military during World War II, and is regarded as a symbol of the Japanese Empire in countries formerly colonized by it, including Korea. 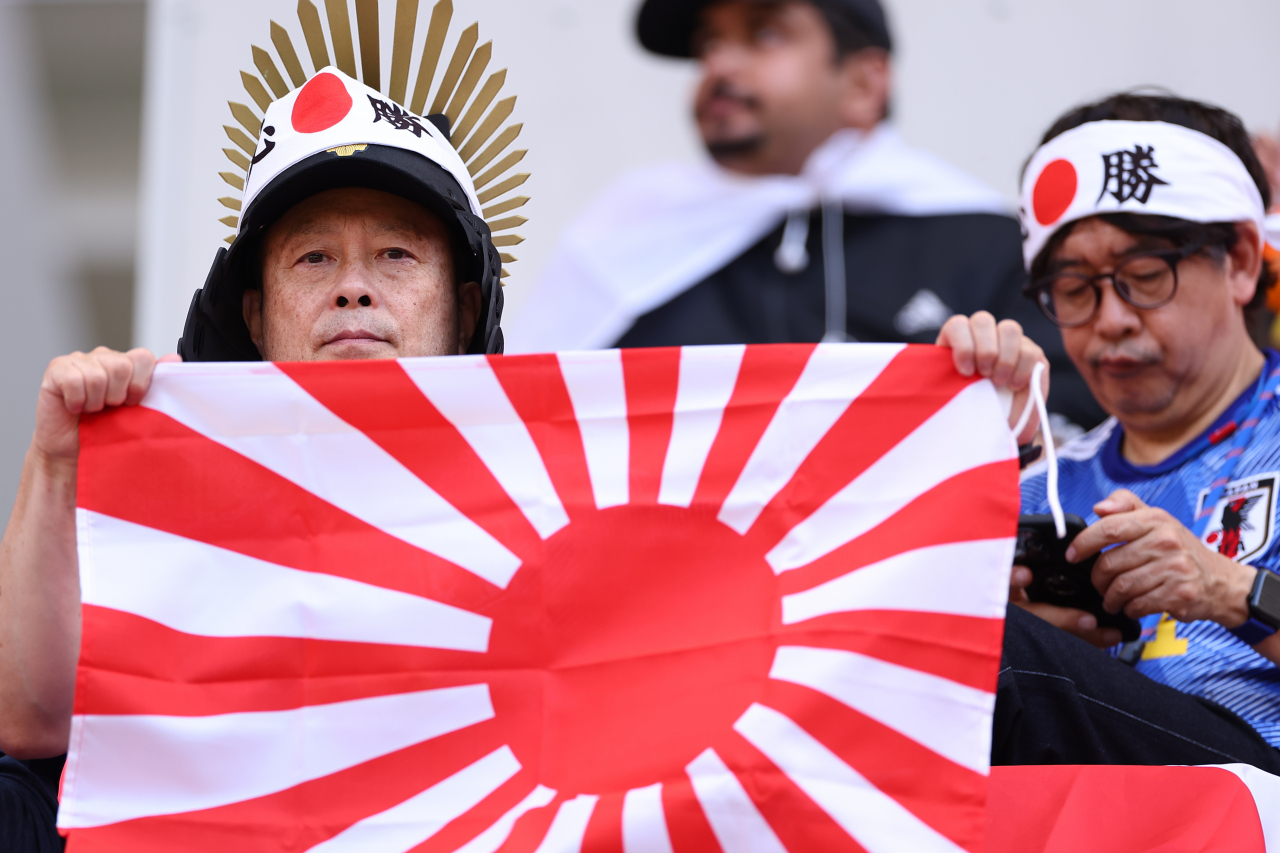 A Japanese fans hold up a Rising Sun Flag during the Group E match between Japan and Costa Rica on Sunday at the Ahmad bin Ali Stadium in Al Rayyaan, Qatar. (Yonhap)

Seo Kyoung-duk, a general education professor at Sungshin Women’s University who is known for his promotion of Korean culture, said this holds a “very significant meaning” since it marks the first time FIFA has officially prohibited use of the flag by fans.

“It was a decision that honored soccer fans all around the world, not just in Asia,” he said.

FIFA has yet to issue an official statement regarding the Rising Sun flag.