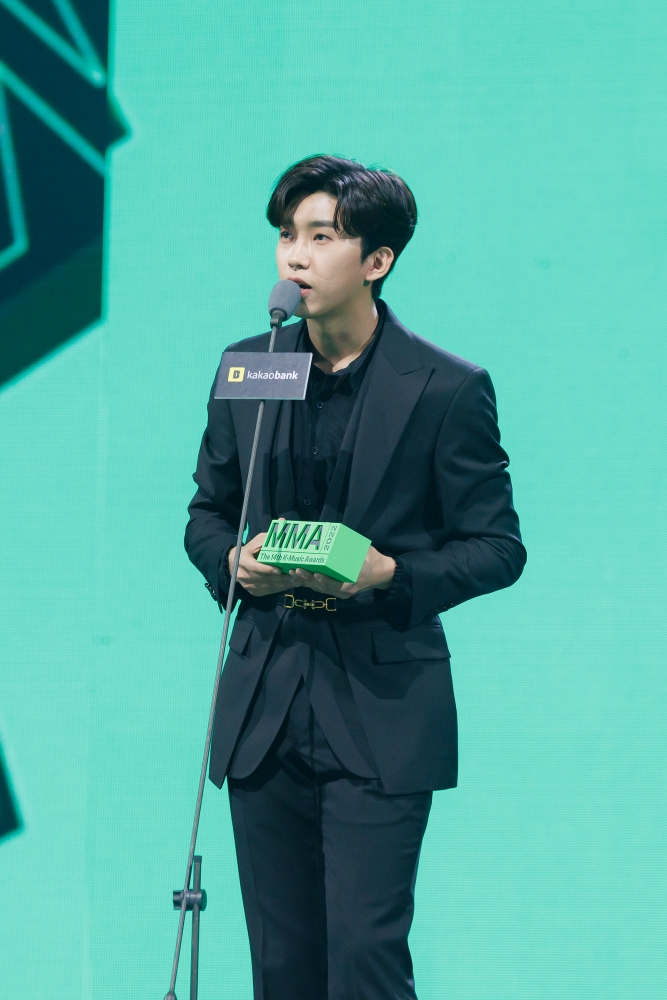 Lim Young-woong receives the artist of the year award at the 2022 Melon Music Awards ceremony held at the Gocheok Sky Dome in Seoul on Saturday. (Kakao Entertainment)

The 2022 MMA took place at the Gocheok Sky Dome in Seoul on Saturday night. This year's awards show marked the event's return to its home venue three years since it last held an offline ceremony there in December 2019 before the outbreak of the pandemic.

Over the 4 1/2-hour ceremony, celebratory performances by a star-studded line-up of K-pop musicians entertained the crowd in between as the winners were announced.

"I'm rejoiced and feel lucky to be honored with such significant prize with my first full-length studio album. This is not a trophy I'm taking alone but with everyone I have worked with. I'm grateful for my fans who have always rooted for me on my new challenges," Lim said on the stage as he received the prizes.

The singer also won the best male solo and the fan-voted Netizen Popularity Award and was named among MMA's Top 10 artists of the year. 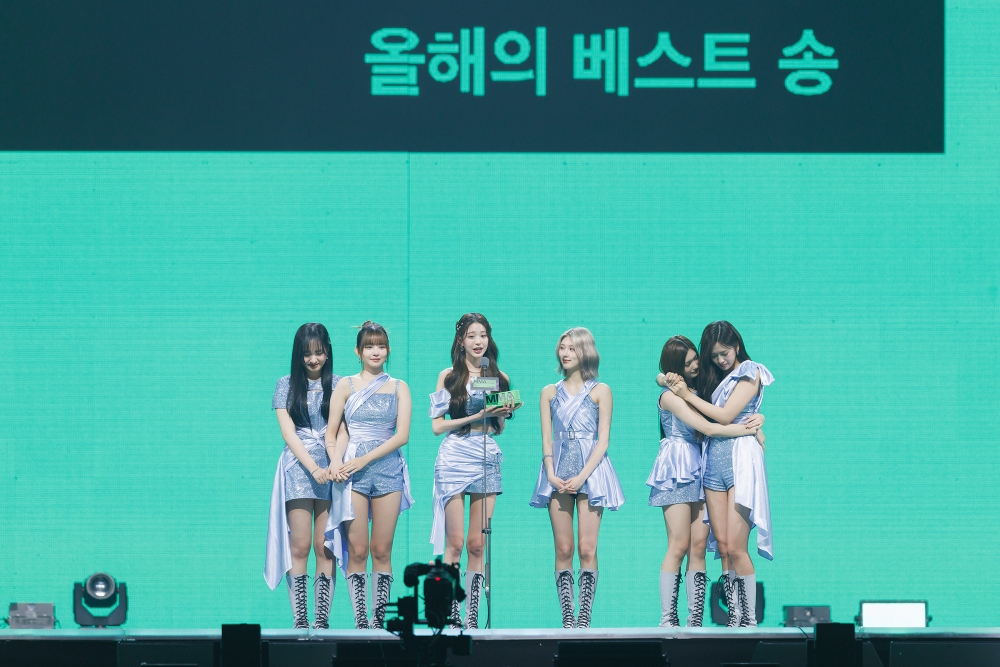 K-pop group Ive delivers speech after receiving the song of the year award at the 2022 Melon Music Awards ceremony at the Gocheok Sky Dome in Seoul on Saturday. (Kakao Entertainment) 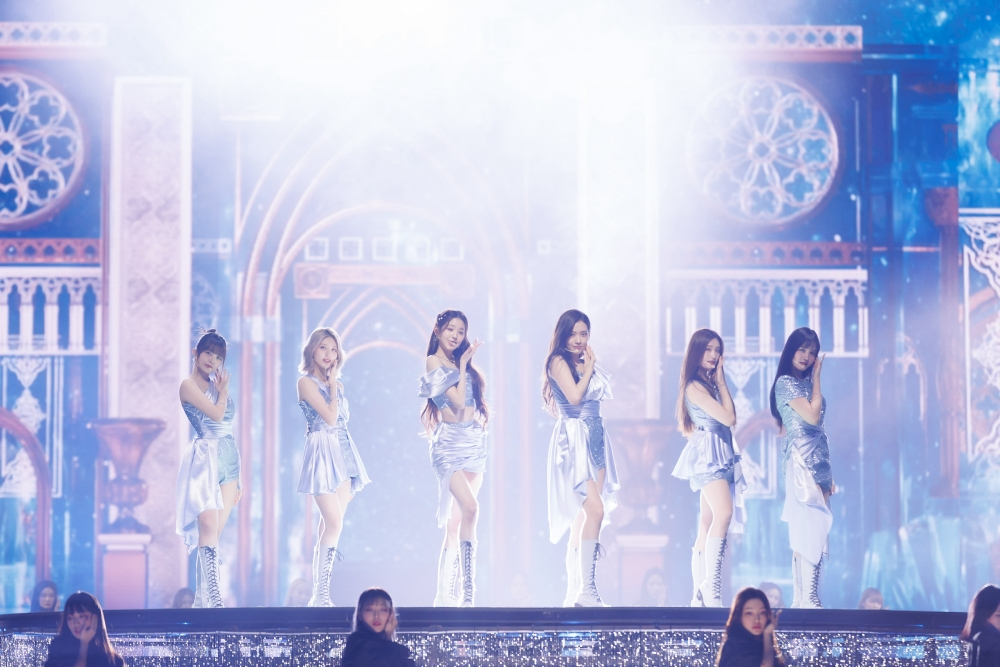 Super rookie band Ive was the runner-up, taking home four trophies in total, including two grand prizes -- the new artist of the year and the best song award for "Love Dive," which topped Melon's monthly chart in June and has remained in the Top 100 main chart since its release in April.

Most of the six members of Ive burst into tears as they received their prizes, and wiping off the tears from face, the act's leader An Yu-jin said, "We're honored to receive the song of the year and the new artist of the year at once among the many prizes we were given today. So many people have worked hard to make 'Love Dive,' and we're very grateful to everyone. We could win this award because we had all the members."

Ive was also named as the best female group and among the Top 10.

Sharing the new artist of the year with Ive was New Jeans, a fresh-out rookie that officially debuted in August with its mega-hit album "New Jeans."

"You can win the new artist award only once in your lifetime, and we're honored to have received it. We're grateful to all our fans," NewJeans' Minji said.

BTS, absent on Saturday night, bagged four trophies in total, including the record of the year with LP "Proof" dropped in June. "Proof" is an anthology album dropped in June in celebration of the act's ninth anniversary. The septet also won the best male group award and the fan-voted KakaoBank Everyone's Star special award.

2022 has been a breakout year for girl group (G) I-dle, and MMA honored the group with three trophies, including the Top 10 award and the best music video award, the latter for megahit "Tomboy."

But the highlight of the night for the quintet was when its leader Jeon So-yeon nabbed herself the best songwriter award. So-yeon has been in charge of producing the act's albums and songs since their debut, including the act's latest two "Tomboy" and "I Love" dropped this year.

"This award was given to me because I met these precious voices of (G) I-dle as a songwriter. I'm really thankful," Jeon So-yeon said as she received her prize with her bandmates on the stage. 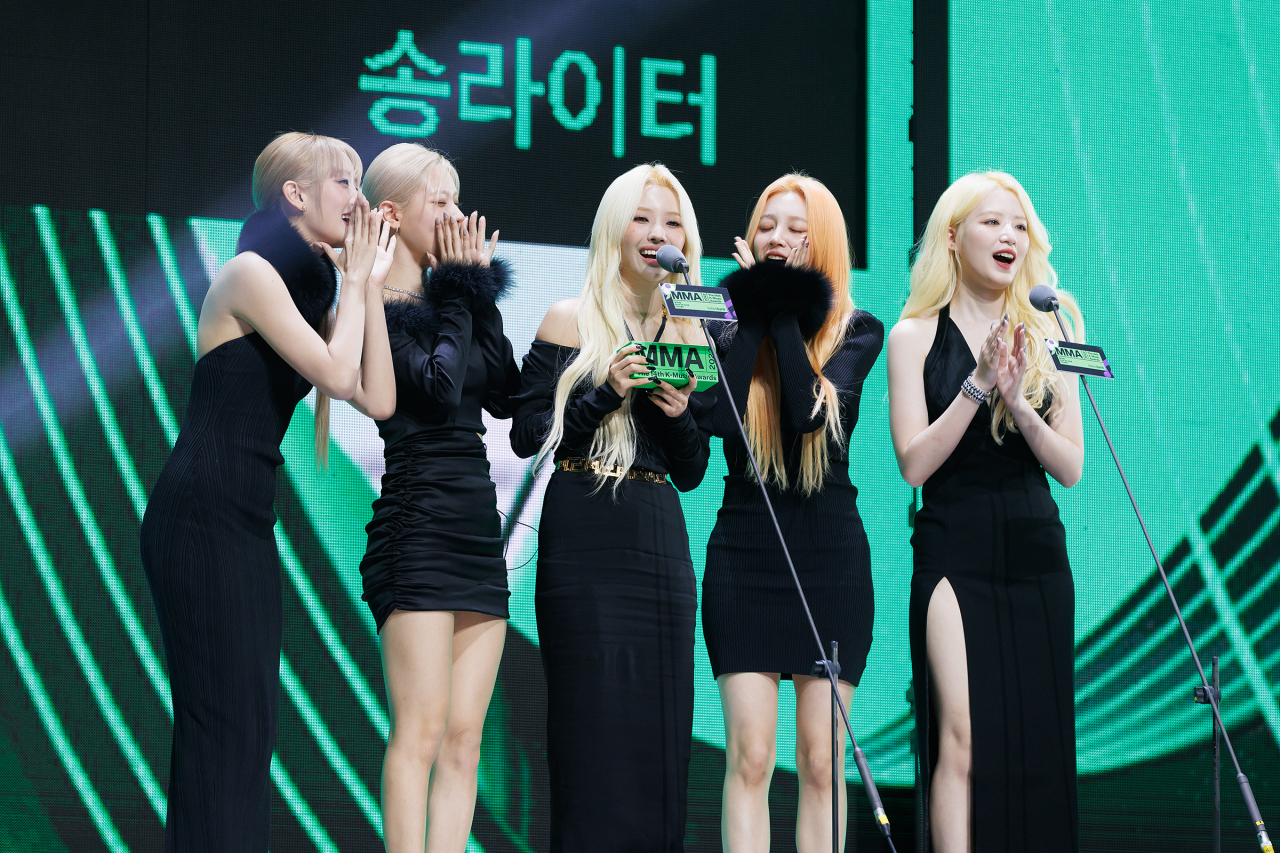 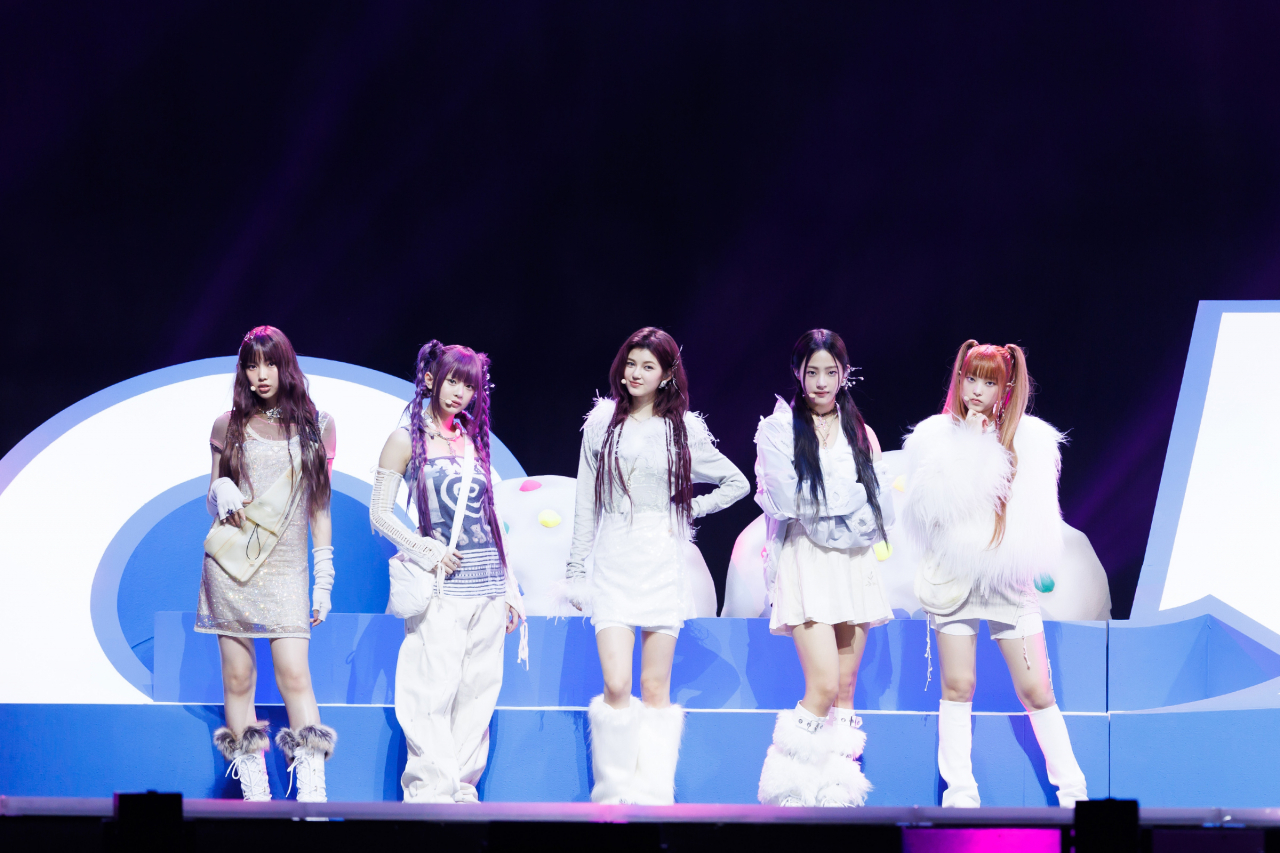 American pop singer-songwriter Charlie Puth, who collaborated with Jungkook of BTS for the pop singer's single "Left and Right," was named the best pop artist award.

Other winners also include Le Sserafim, for the best female performance and the hot trend special award, Tomorrow X Together, for the best male performance, Monsta X, for the global artist award, Stay C, for global rising artist, and Enhypen, for the 1theK Global Icon Award. The best performance director title went to musician RyuD, and the best session award was shared by guitarist Lee Shin-woo and bassist Choi In-seong.