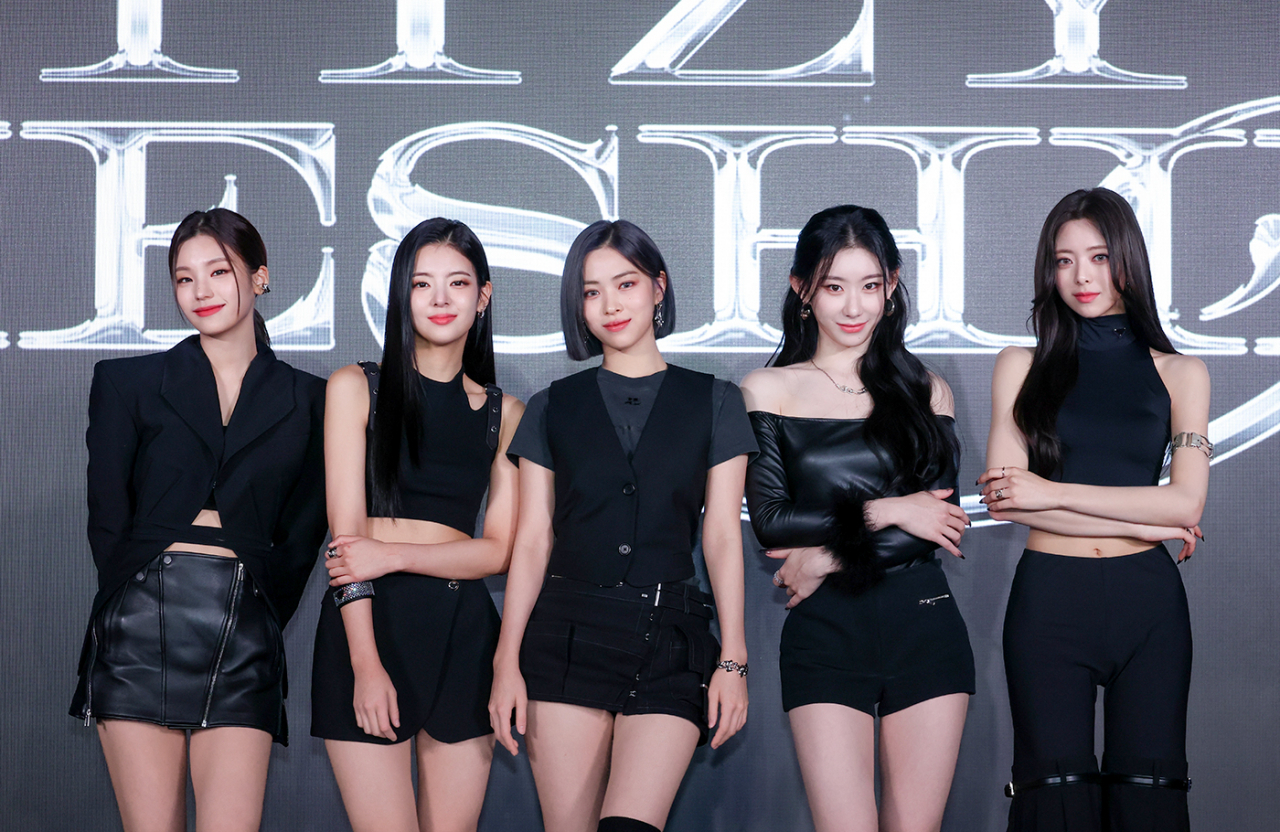 Girl group Itzy poses during a press conference in Seoul for its new album, “Cheshire,” on Friday. (JYP Entertainment)

After enjoying immense success with its first-ever world tour, K-pop girl group Itzy made its way back to the music charts with its new EP, “Cheshire,” which will be released on Wednesday evening.

The EP comes after it dropped “Sneakers” in July.

Itzy’s press conference was held five days ahead of the release as they will be attending the 2022 Mama Awards on Wednesday at Kyocera Dome Osaka in Japan.

During Friday’s event, Lia said the latest release means something different to the band as it comes after the group kicked off its first-ever world tour, “Checkmate,” in August.

“I was able to feel how so many people are giving us support and unconditional love (through the world tour), and I’d like to say that I’m really thankful for that. I think fans love the message that lies under our songs, leading to loving our music and performances. I hope to put out music that can satisfy our fans and group,” said Lia.

As the title suggests, Itzy’s new EP was inspired by the Cheshire Cat, a fictional character from the movie “Alice in Wonderland” that acts as a guiding spirit for Alice.

Ryujin said the band gravitated toward the puzzling vibes the character showed in the movie and wanted to blend that concept into the new album.

Chaeryeong went on to say that Cheshire Cat helped convey the title song's central message on having a positive attitude in life: It’s hard to have faith in yourself, but just try to make a step because there’s no right or wrong answers in life.

“There are several dance moves that depict the Cheshire Cat. If you look at the music video, all the five bandmates decorated their nails and we also poured in much effort in making different facial expressions in line with the lyrics,” she added.

Lia, the K-pop act’s main vocalist, said the band went through a seismic change this time to broaden its musical horizon and showcase a different side of them to fans and music listeners.

“My first impression of the song was that it differed from all of the songs we released. It’s much more groovy in melody, and the tune gives an ethereal vibe, which I think is the charm of this track," she said.

"If our previous titulars were energetic and had frenzied beats like ‘Sneakers,’ we tried to push the envelope this time to try on something new.” 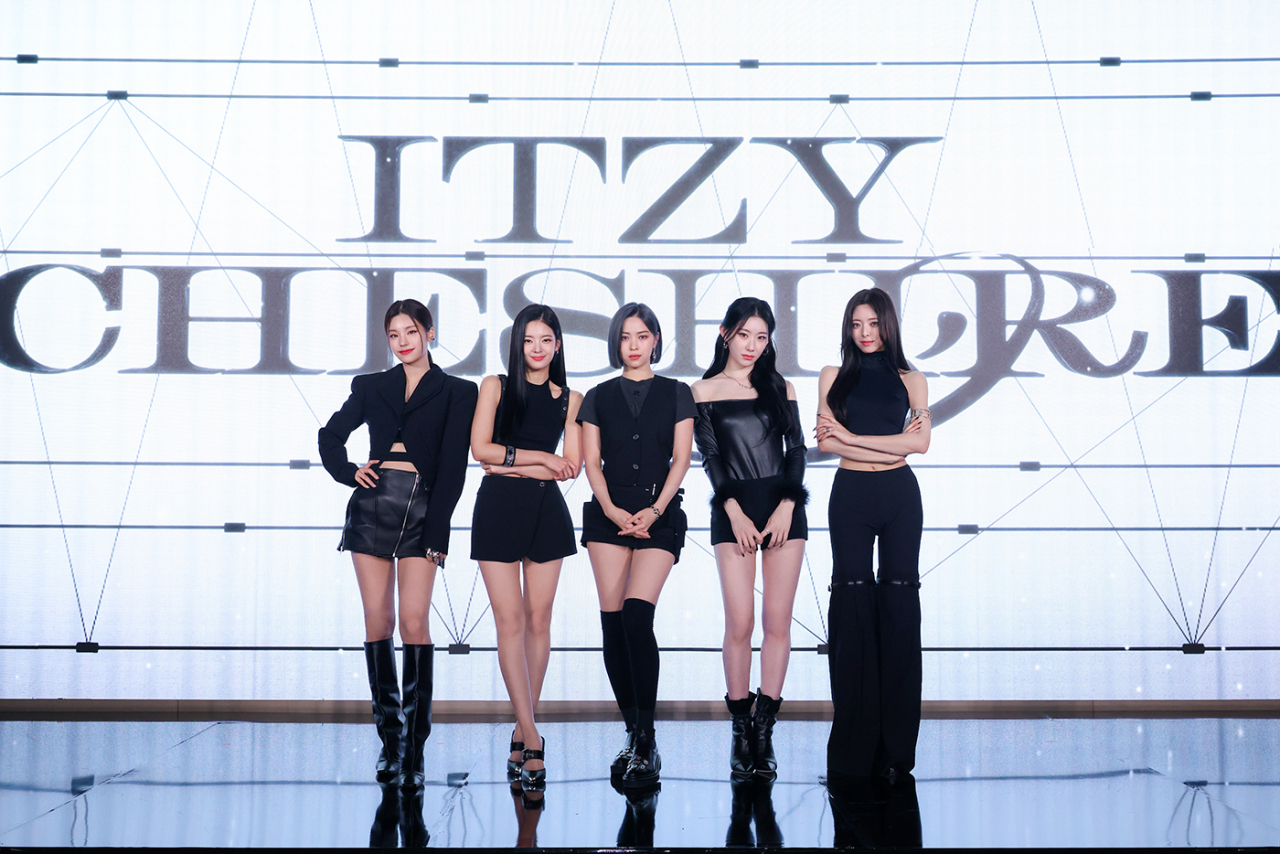 Lia seemed confident as she gushed about the band’s new song.

“I hope (Wednesday) would come fast and show it to people. It’s that great,” she said, laughing.

Although it was only four months since its last release, Itzy said they had been preparing for the album for much longer.

“There were so many songs that were nominated as our main track, but this is a piece of music that we prepared even before ‘Sneakers.’ Since we’ve blended so much of our time and effort into the new song, people will be able to see and listen to five different voices and charms,” Yuna said.

Other sidetracks that round out the album are “Snowy, “Freaky” and “Boys Like You,” which is the band’s prerelease English single released in October.

Ryujin also spoke about the band’s upcoming performance at Mama, hinting that something big is on its way that could send fans abuzz with excitement.

“We will exclusively perform ‘Cheshire’ at Mama, and since so many people are looking forward to our live session, we’ve prepared something big. I’m so thankful to be able to showcase our song for the first time at such a big event,” she said.

At the end of the event, Yeji expressed hopes that the new album would pave the way for Itzy to become a group that will also be loved and remembered in the future.

“I would like to say that Itzy is a team that matures every time, and I think the term ‘mature’ has a positive connotation. I always talk to my bandmates about our future, and we’ve concluded that we want to be a group that will be cherished in people’s minds for a long time.”

“Itzy is a group that does its best every single time, and we’ll continue to show more of those in the future,” she added.