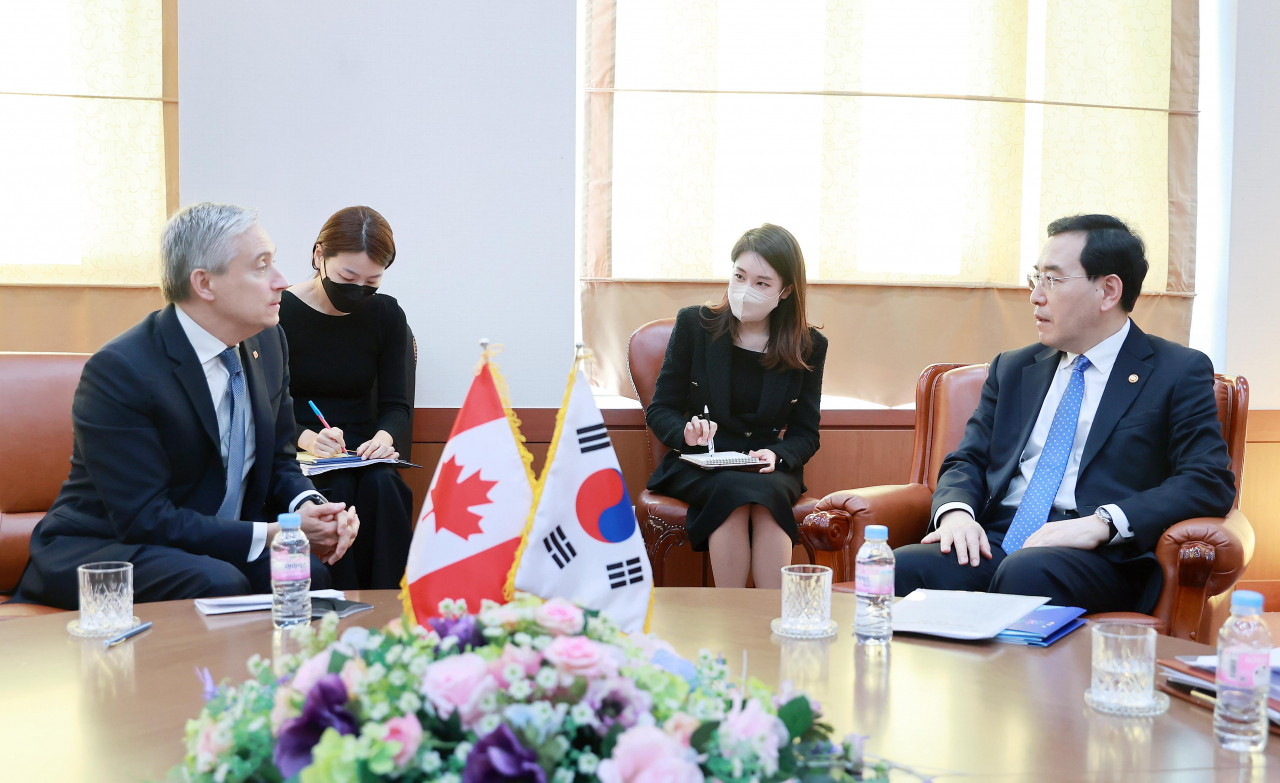 South Korea and Canada agreed Friday to expedite their push for signing a memorandum of understanding on key minerals in a move to enhance cooperation on supply chains of secondary cells, electric vehicles and broader industry fields, Seoul's industry ministry said.

The consensus was made during a meeting between South Korea's Industry Minister Lee Chang-yang and Francois-Philippe Champagne, Canada's minister for innovation and economic development, held in Seoul, according to the Ministry of Trade, Industry and Energy.

The two sides vowed to actively push for cooperation throughout their industry value chains from minerals and materials to secondary cells and to EVs. For that, they will sign an MOU "swiftly" to expand the scope of their minerals trade to various kinds, including nickel and cobalt.

Currently, major cooperation items are confined to soft coal and iron ore, the ministry said, adding that their business circles signed an MOU on minerals in September this year.

"The cooperation with Canada is expected to help us better manage external trade circumstances in a stable manner, including tax incentives under the United States' Inflation Reduction Act," the ministry said in a release.

The IRA, signed into law by US President Joe Biden in August, gives up to $7,500 in tax credits to buyers of EVs assembled only in North America, sparking concerns over its impacts on sales of major South Korean carmakers.

The law also affects Korean battery makers, as it will require EV batteries to be made with a certain portion of minerals mined or processed in the US or countries or regions that have free trade agreements with Washington. The required portion of the components will grow to 80 percent in 2027 from 40 percent in 2023.

The two ministers also decided to push for holding an inaugural meeting of their high-level economic security dialogue involving their industry and foreign ministers next year.

Bilateral trade between South Korea and Canada has been on the rise on the back of the bilateral FTA that took effect in 2015 to hit an all-time high of $13.1 billion in 2021, according to government data.