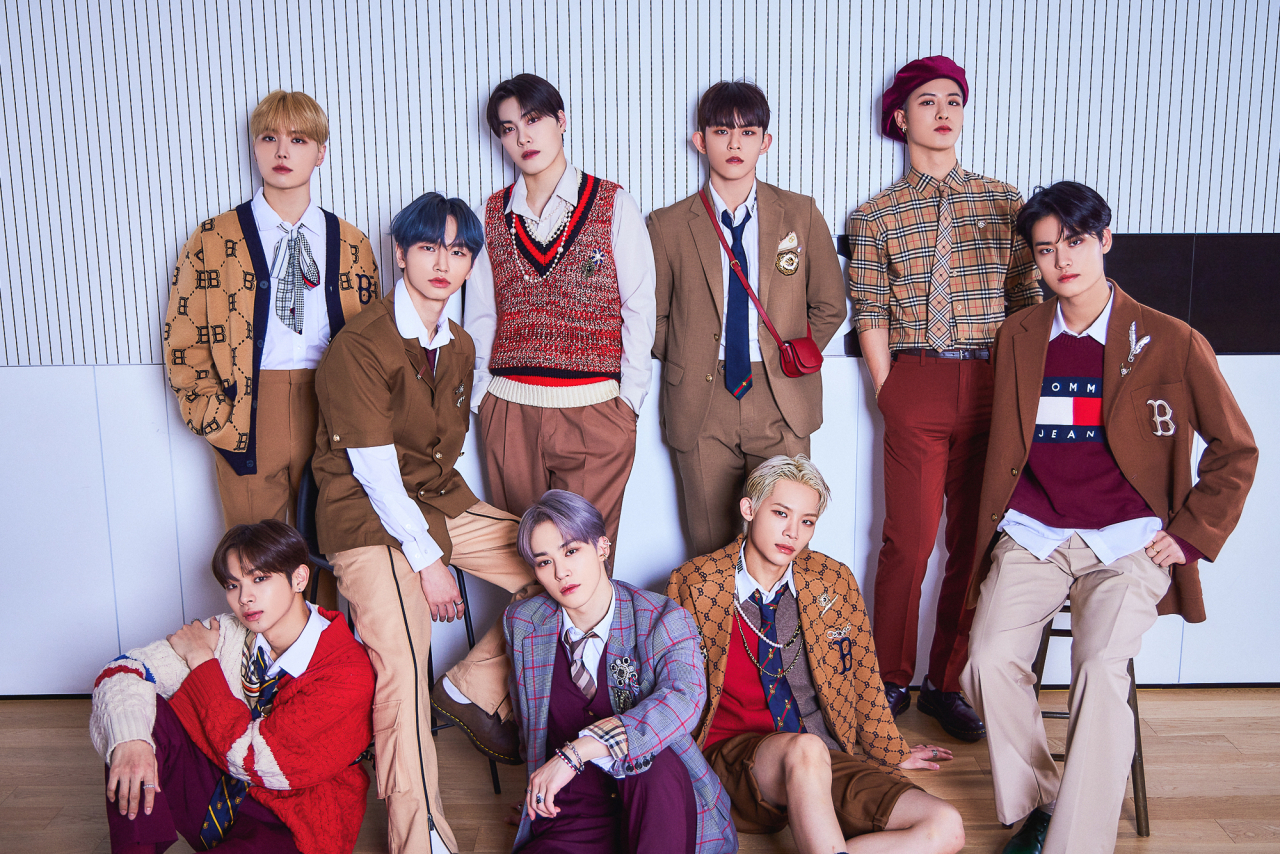 2022 has been a roller-coaster ride for K-pop boy band TO1. Several members announced their departure, and three new bandmates -- Daigo and Renta from Japan and Yeojeong, who’s Korean -- joined the group in June.

It’s unusual for a rookie band to go through such seismic changes less than two years after its debut because getting its name out to the public is crucial. But for TO1, it was an option to add value to its musical career.

And now, as a nine-piece act, the group is ready to kick off its new musical journey with its fourth EP, “UP2U,” that dropped Wednesday evening.

“This album has a special place in my heart because it’s our first time releasing an album during the winter season and the first time we’re meeting fans in person since the pandemic. We’re thrilled to showcase new music,” Jaeyun said during a recent interview at the band’s agency WakeOne Entertainment in Mapo-gu, western Seoul.

“That’s why we honed our skills so that fans can feel how much we’ve prepared and the effort we’ve poured into it,” the leader added.

Yeojeong expressed his excitement about replicating the success of their debut album with their new release.

“My debut album, which is my first album, meant a lot to me because it was my debut project. But the new album means much more than that since it’s my second album now, and I wanted to show how my skills have developed over the four months to fans,” he said. 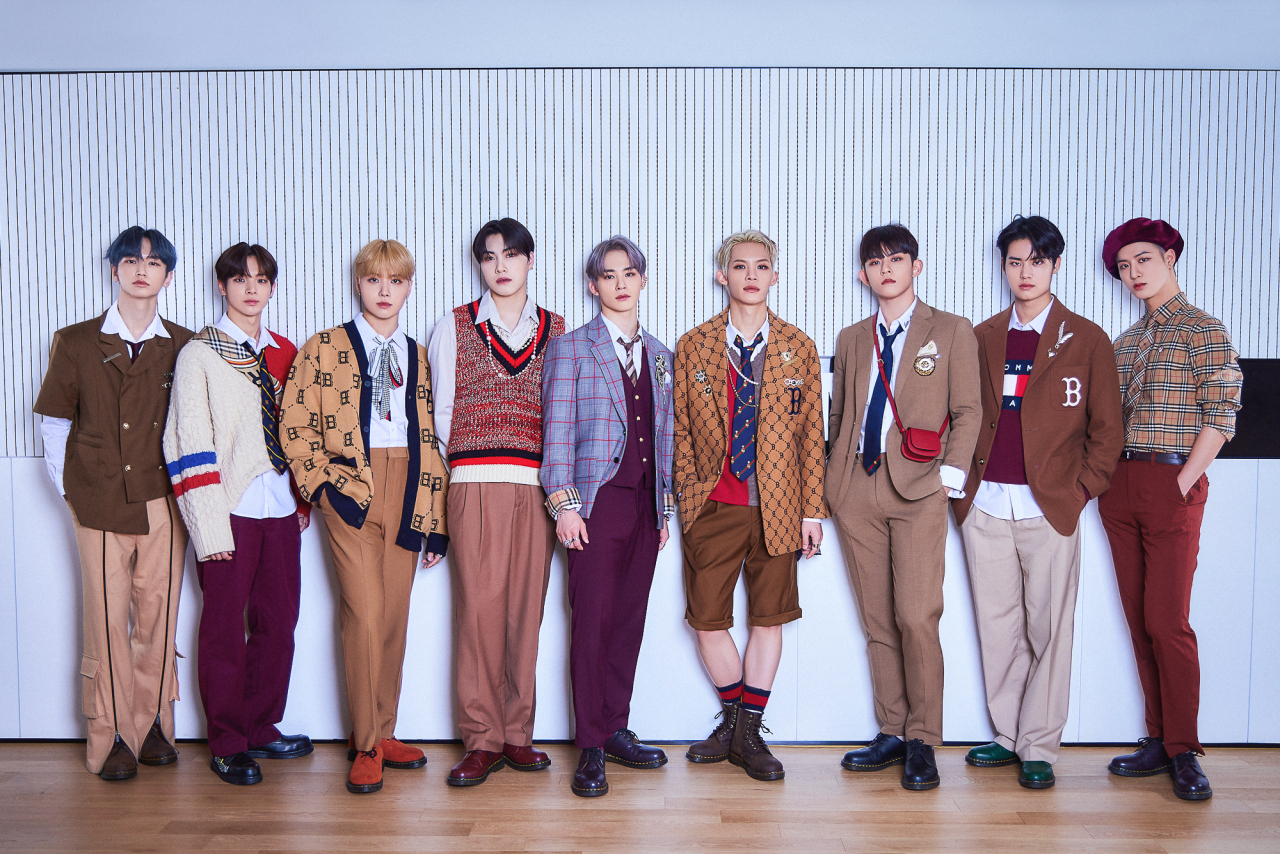 TO1 was formed through the Mnet survival program “To Be World Klass” in 2019 and officially launched in April 2020 with its first EP, “Reason For Being: Benevolence,” and featured in the idol competition “Road to Kingdom” that year.

The band has been on a high ever since it released a handful of musical projects and garnering a musical fanbase. But this time, the nonet hopes to spread its wings with “UP2U” and show who they are to wider music listeners.

When asked how the group plans to do so, J.You said he wrote the words to the third track, “Rude Boi,” and Chan penned the fourth track, “Retro !ove,” as he gushed about how TO1 is a group that can produce songs on its own.

Chan chimed in, “Since I’m the one who best knows my bandmates, I penned a track that could shed light on nine different voices.”

Kyungho described the band’s titular “Freeze Tag” as a song that centers around bad-boy vibes.

“TO1 is a band that can own the stage, and we referred that frenzy and energy to a bad boy. We thought the concept was fresh and that it would land well with listeners,” Kyungho said.

Jaeyun added: “The term itself might not refer to a positive image to many people, but the bad-boy image we’re trying to give off is pure. The boys can be bad guys at times, but they turn into pure and innocent boys when it comes to love.”

“Also, I hope people will be able to realize how much we’ve matured compared to our previous albums. Our past albums were also fun, and this one can make people more hyped up than before, which is our ultimate goal: To excite people,” Jaeyun said. 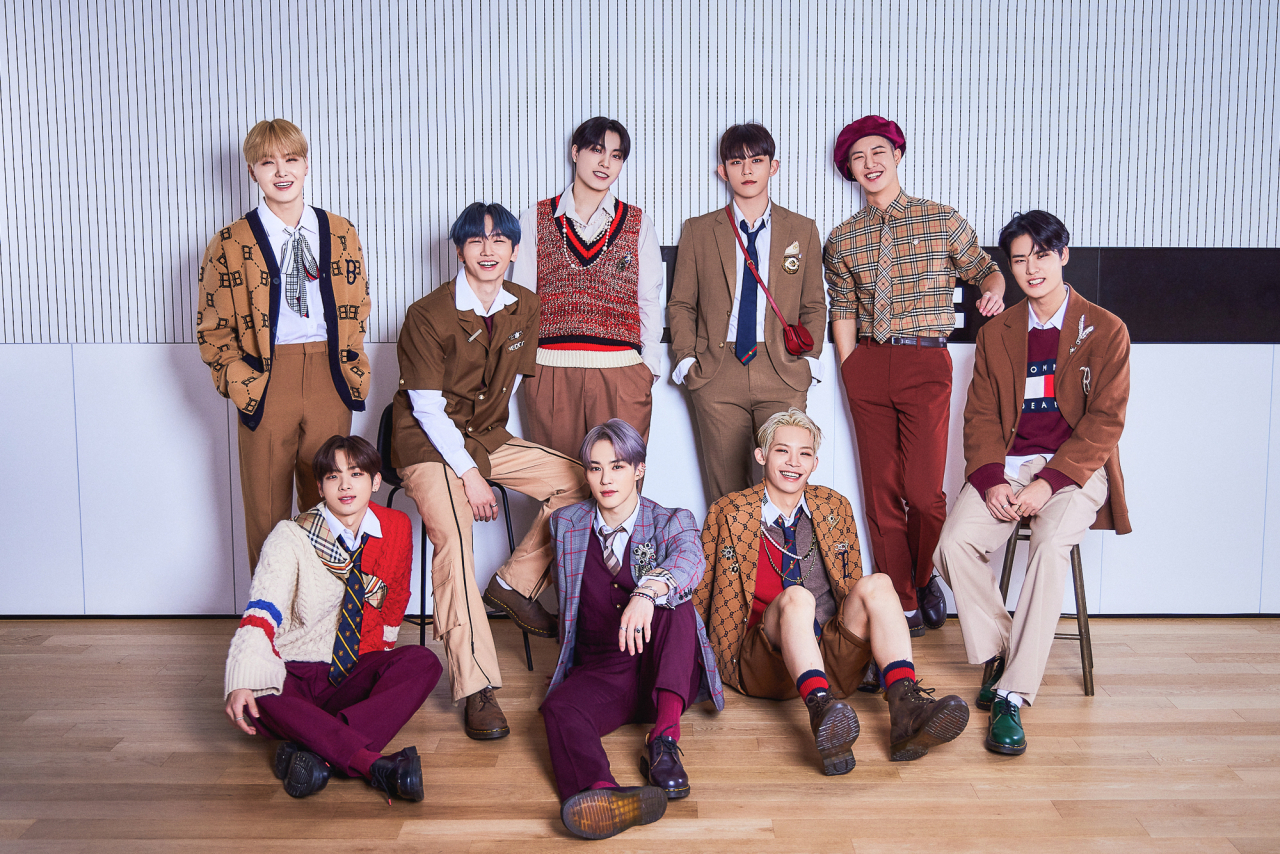 On the band’s musical personality, Kyungho talked about how TO1’s music is filled with messages about achieving one's dreams and goals.

“We deliver what we want to say as a singer and person in their 20s through our songs. We give a lot of thought to the message we convey. We want to spread positivity by listing ourselves as lyricists and composers more often because that’s how we can meld in our thoughts. We chose to be an idol because idols can influence others, and we’ll try harder to become an artist that can 'add wings to a tiger,'” he said.

“It would be nice if people of different ages could receive courage by listening to our songs,” Jisu added.

At the end of the interview, Jaeyun hinted at the band’s upcoming promotional activities and the possibility of meeting overseas Toogether, the band’s official fandom.

“It seems like the pandemic situation is getting better these days, so we’re currently in talks with the company regarding what we can do with fans. Fans should look forward to what events we’re going to bring,” the leader said, beaming a smile.