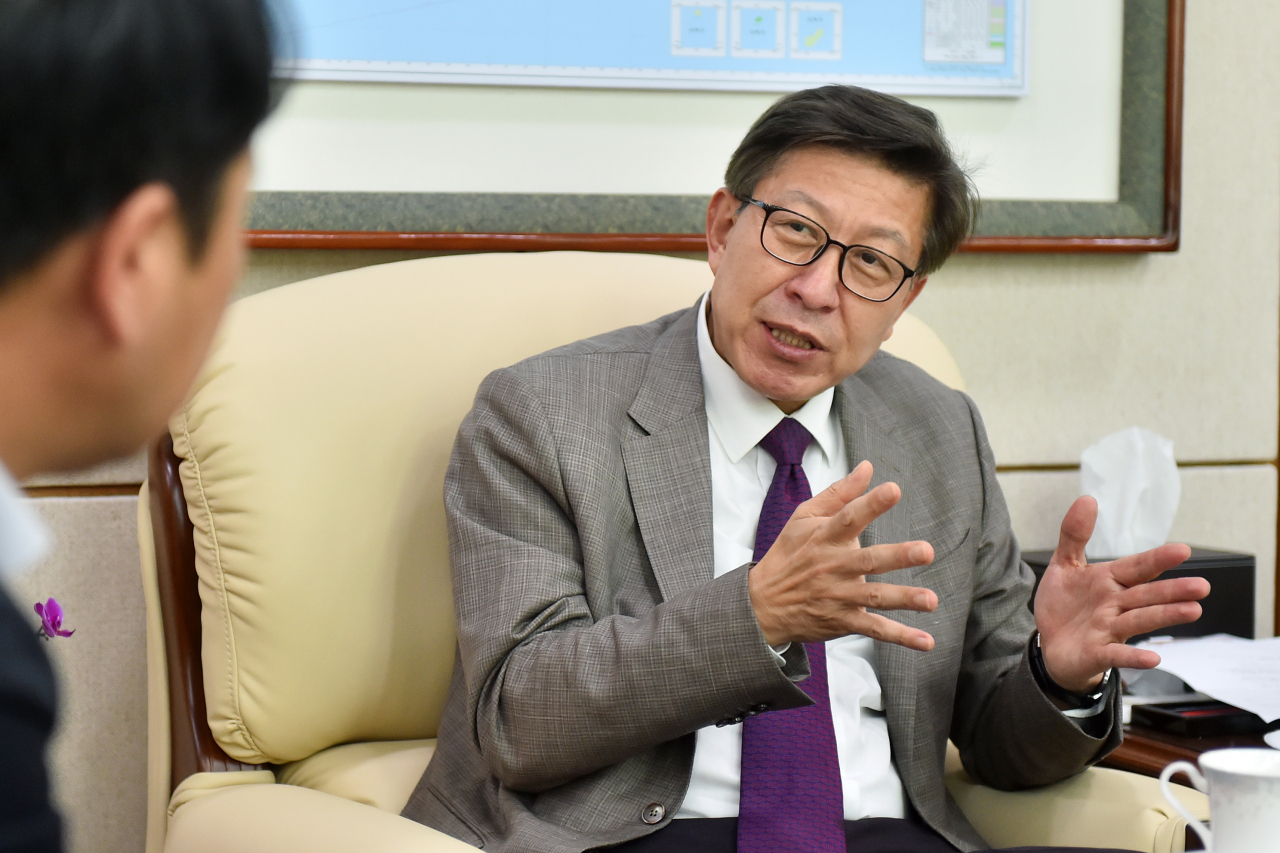 The city of Busan expects some 10,000 people from 42 countries to attend lectures, discussions, business meetings and networking events at the three-day inaugural Fly Asia 2022 that began Tuesday.

About 460 investors from around the world and some 900 startups in Asia have signed up to take part in the expo, making it the largest-ever investor-oriented startup event in South Korea.

“We have two goals for Fly Asia. One is to lay a stepping stone for startups in the (Busan) region to reach beyond competing with their peers in the Seoul area, and expand to Asian and global markets,” Busan Mayor Park Heong-joon told The Korea Herald.

“The second goal is to make Busan an Asian hub for startups where investors and startups are drawn to, by developing it into a good place to start business and invest in.”

To achieve these goals, the most important thing to do is to build a “sustainable Asia startup platform” in the city, according to Park.

“Hence, high-ranking officials from nine Asian cities sat down together to discuss how they can collaborate to foster startups in Asia; and we are digging up promising startups in Asia through the Fly 50 competition,” he said.

“Investors in Korea and abroad will invest in these startups and others in the Busan-Ulsan-Gyeongju region, and we will continue to strengthen the platform to stimulate this virtuous cycle of the startup ecosystem in Asia.”

Despite a short preparation time, about 20 officials from nine cities including Tokyo, Bangkok and Manila are attending a roundtable to share startup policies and model cases, and build a startup network among the cities, which is a first for Asia.

“Governments are making efforts to get out of the global economic slump, but there are structural problems (behind the recession) that cannot be resolved through merely short-term measures and growth of existing industries,” the mayor said.

“If you look at the trends that are leading the global economy now, you can see how important innovative startups are (for the economy). Microsoft and Google were startups, and Kakao, Naver and Coupang which also grew from startups are playing key roles in the Korean economy.”

As the power to change the world lies in startups, and startups are the driving force that set a city’s foundation for sustainable growth by presenting a new paradigm, most Asian cities are rolling out policies to foster them as part of their strategies for survival, the mayor said.

Technological exchanges, nurturing of talents and bold investments are necessary for the growth of startups, but a single city has its limits in supporting entrepreneurs within its given environment.

A shared awareness that cities must work together appears to have raised their interest in the expo, Park said.

Butas Korea's jobs and education opportunities are concentrated in the Seoul metropolitan area, many young people are leaving the Busan region, which isn’t helping its plan to encourage startups.

“Busan has many universities and ample human resources, but many of them move out to the Seoul area after graduation in pursuit of good jobs. In the past, there was a tendency to resolve this simply by enticing large conglomerates to set up workplaces here, but it’s harder to predict the economy now compared to before,” the mayor said.

“We’re seeing a lot of startups in Busan, and many of them have original ideas, but lack investment, which limits their growth. Startups that launched in Busan often move out to the Seoul area for more (access to) investment and manpower.”

To overcome this, the city is initiating a discussion for investors to create a joint Asia fund, and build a global network of investors that finds and supports promising startups in Asia, the mayor said.

The city plans to host a separate annual investors’ forum to maintain the momentum of Fly Asia.

The 50 startups that were selected for the semifinals will also gather for an annual Asia Fly 50 forum to help design investment and support plans.

All the networks built through the expo will be closely managed for continued exchanges and investments among investors and startups, Park said.