Being one of the most beloved celebrities in the country, there are few places Tottenham Hotspur’s Son Heung-min would not feel welcomed in South Korea. One such rare place, however, may be the blood donation center, as the star soccer player is not eligible to be a blood donor.

The reason? He works in England.

According to the Korean Red Cross, the list of those ineligible for blood donation include those who have stayed in areas that have had outbreaks of variant Creutzfeldt-Jakob disease, better known as the human mad cow disease, for a specific period of time. This includes those who have resided or stayed in the United Kingdom for three months or more since 1997, and those who resided or stayed there for at least one month from 1980 to 1996.

The decision was made in 2001 due to an outbreak in the 1980s and 1990s, which is why stricter standards are applied to those who stayed in the country during the outbreak. 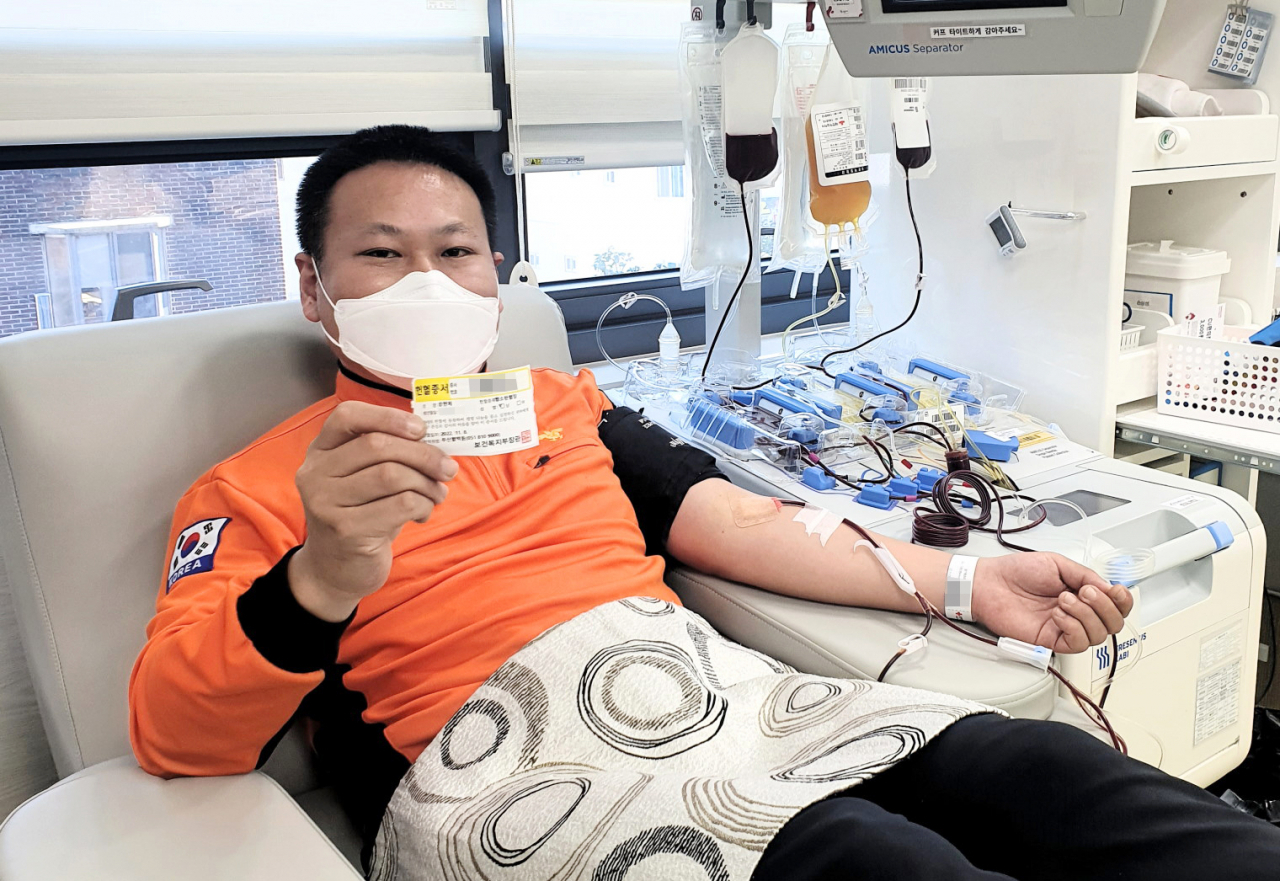 A Busan-based firefighter donates blood for the 119th time on Nov. 8. (Yonhap)

Son, one of the most lethal scorers in the English Premier League and the captain of the South Korean national team, has played for Spurs since 2015, far exceeding the required three months that would get him on the no-blood list for the Korean Red Cross.

According to the Korean Red Cross, the aforementioned three months refers to the era when one’s residence has been registered as being located in the countries on the ban list, regardless of how long the person has actually stayed there.

Similar restrictions extend to countries that have had outbreaks or are considered high-risk. The list includes France, Greece, the Netherlands, Denmark and Germany, although the duration of stay to be subject to the ban is longer, at five years or more.

For a complete list and more information about donor eligibility, visit the homepage of Korean Red Cross Blood Services.