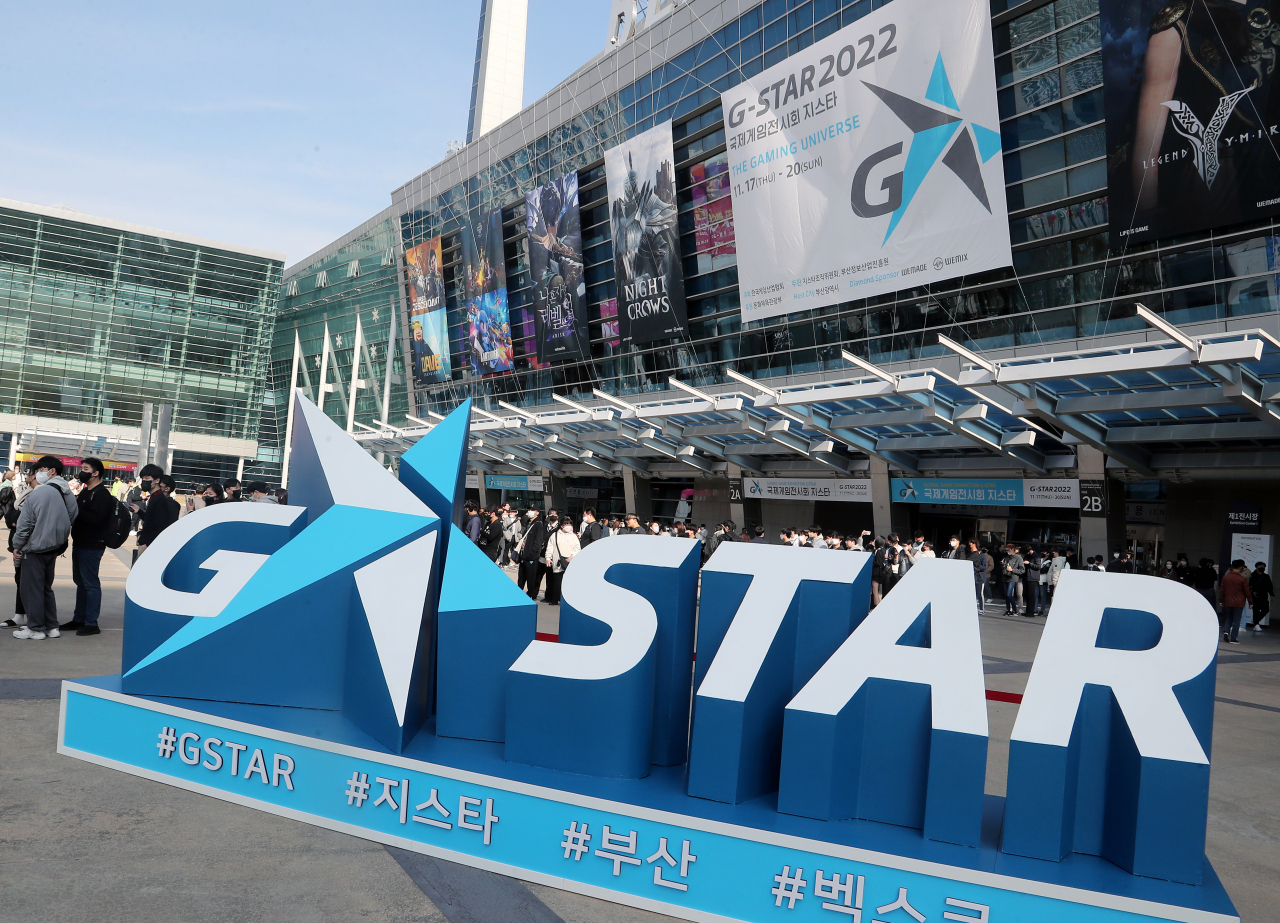 BUSAN -- For Ji Young-hoon, a 22-year-old South Korean who had just finished his mandatory military service duty in September, this year’s G-Star -- the country’s largest annual gaming exhibition felt like seeing an old friend after a long time.

“I was here three years ago right after I took Suneung (Korea’s national college entrance exam). I have been looking forward to this year’s G-Star because the last two years’ events were not enjoyable,” Ji told The Korea Herald Thursday.

The 2020 G-Star went completely online for gamers due to the COVID-19 pandemic. A year later, the event was held in person, but the number of visitors and participating game developers were far below the figures from the 2019 G-Star that drew record high visitors of 244,000.

“Except for the masks, this year’s event almost feels the same as the 2019 G-Star. I can’t wait to look around the exhibition and experience various games,” Ji said.

Although the business-to-customer zone did not open to the public until 11:30 a.m. on the first day of G-Star, thousands of game lovers were already lining up in front of the entrance at the Busan Exhibition and Convention Center, or BEXCO, as of 10 a.m. 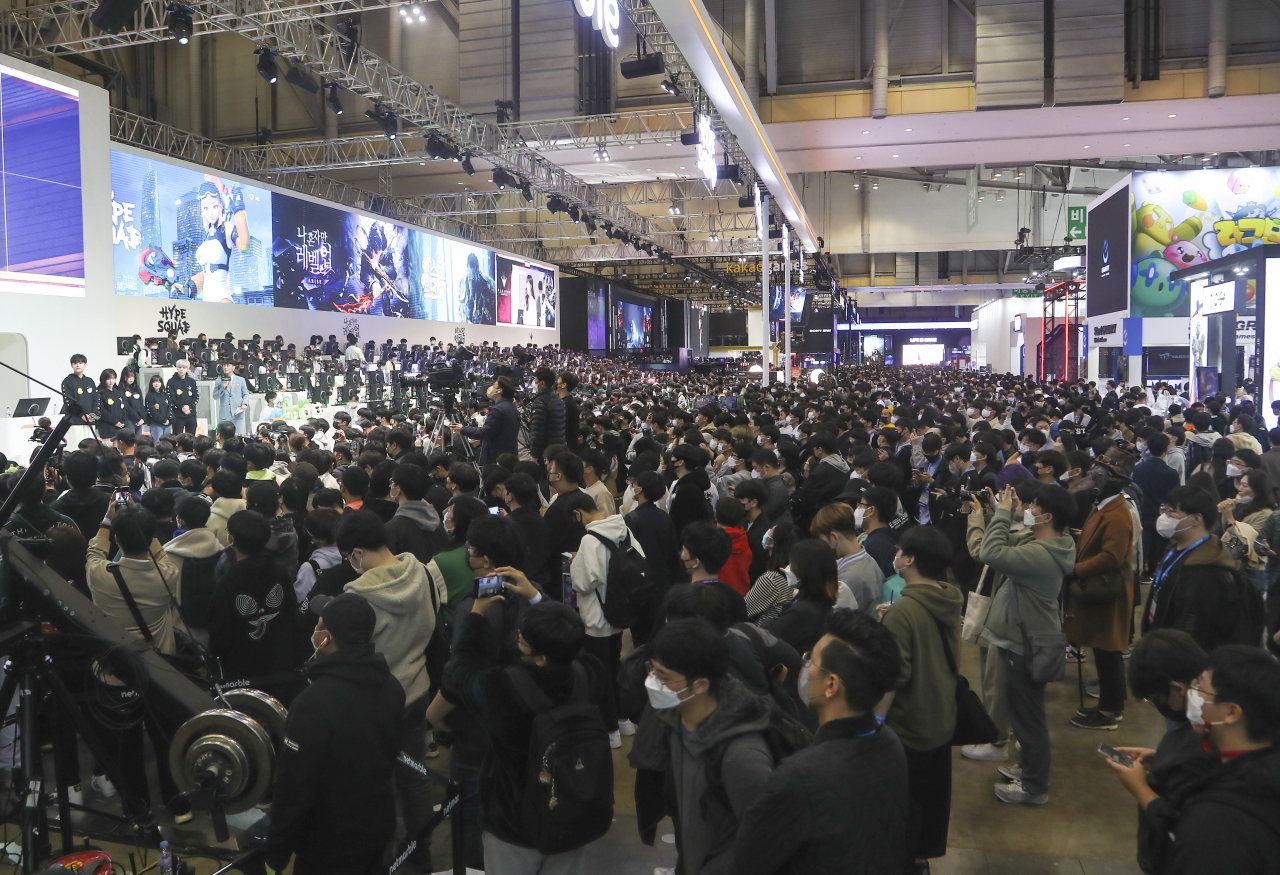 According to the Korea Association of Game Industry, the host of G-Star, this year’s event is expected to draw over 250,000 visitors as the event is taking place at full strength with a noticeable increase in the number of participating game makers.

The organizers said a total of 987 companies from 43 countries signed up for the gaming convention, more than doubling from the previous year. As the number of participating companies set a new record this year, the BTC hall will be extended to the third floor of the second convention center at Bexco. It marked the first time that G-Star’s BTC hall has been installed outside the first convention center.

Despite the decision to cancel some of the major outside events, such as fireworks, drone performances and a parade after the Itaewon crowd tragedy, the organizers kept some of the side events including outdoor exhibition booths and game zones as well as food trucks.

The organizers emphasized that safety was their first priority. The nearby roads leading up to the convention venue were controlled by safety personnel. The organizers set a limit on the maximum number of people allowed in the exhibition halls at one time, so they could flexibly manage the number of attendees depending on the concentration level.

“We have continuously conducted checkups with related agencies to make sure there were no loopholes in the safety plan. We will do our best to ensure that visitors can experience and enjoy the new gaming content in a safe environment during the event period,” said Kang Shin-chul, chairman of the G-Star organizing committee.

Once the doors to the main exhibition halls opened, thousands of visitors entered the venue as the safety personnel at the entrance and police authorities guided the visitors to secure a certain distance and space from others.

As teenagers and those in their early 20s make up a large portion of visitors at G-Star, this year’s event put together a job concert. The job concert, which is scheduled for Saturday, will offer career consultations game makers’ presentations on their recruitment and talk shows on different careers in the game industry. 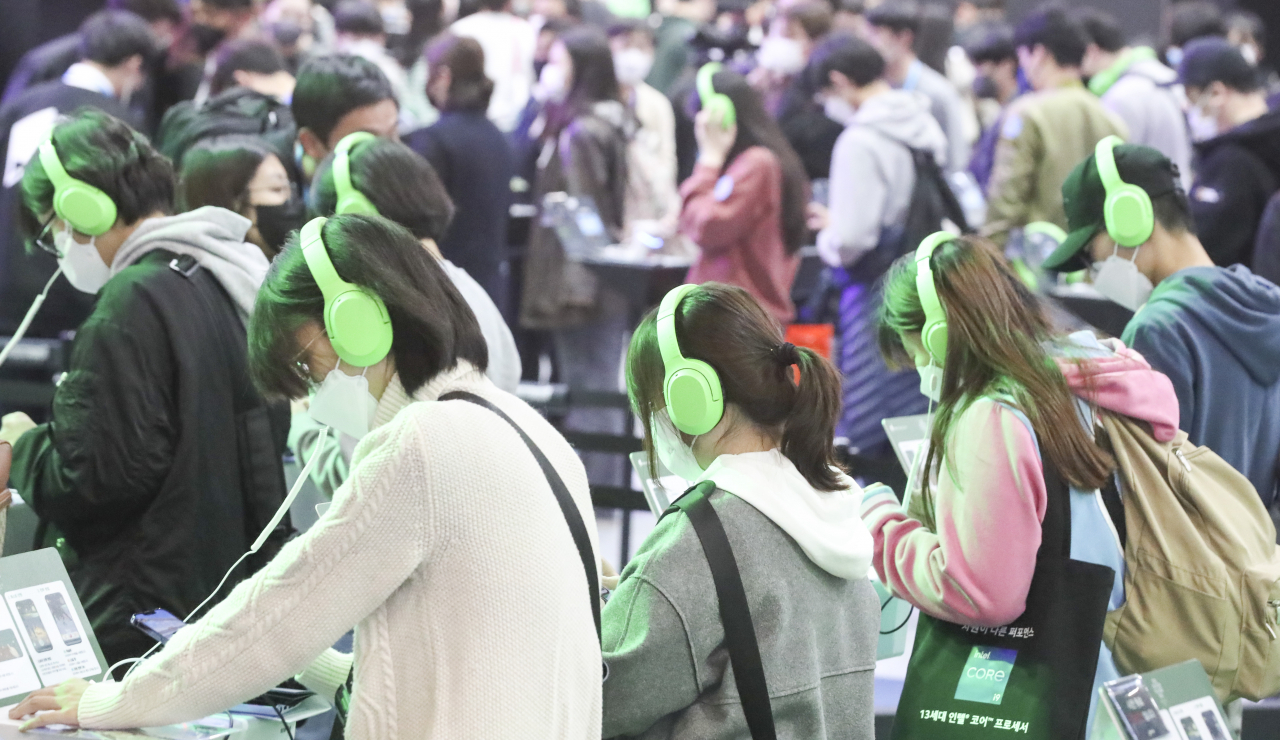 Two of Korea’s biggest game developers -- Netmarble and Nexon -- came back to this year’s G-Star after three-to-four-year hiatuses. Both industry leaders put together large-scale exhibition booths to showcase their new titles.

Boasting 560 experiencing decks for gamers to try out its new titles such as The First Descendant and KartRider: Drift, Nexon set up the biggest exhibition of all participants with 300 booths assigned for the game developer. Nexon’s Dungeon & Fighter Mobile took home the honor of winning the highest presidential award for the best game of the year during the 2022 Korea Game Awards held at BEXCO on Wednesday.

The country’s newer major game makers -- Kakao Games and Krafton -- prepared sizable booths to give visitors an opportunity to try out their upcoming titles and present their trailer videos for new games.

As more and more Korean game companies are looking to enter the bigger global market, a glimpse of domestically developed console games seemed to be the overall theme of this year’s G-Star seemed.

“I think this year’s event is where I saw the biggest number of console games on display at G-Star,” said Cho Yoo-jung, a 25-year-old female who has attended G-Star for the last five years except for the online edition in 2020.

“I personally enjoy playing computer games and mobile games as I’m more used to them. But I would like to try out a few console games while I’m here,” she said.

Games companies were not the only participants at the event. Technology firms such as Samsung Electronics, SK Broadband, Naver Cloud and Tiktok flaunted their latest gaming products, marketing consultations for game publishers and support services for game developers. This year’s G-Star runs through Sunday. 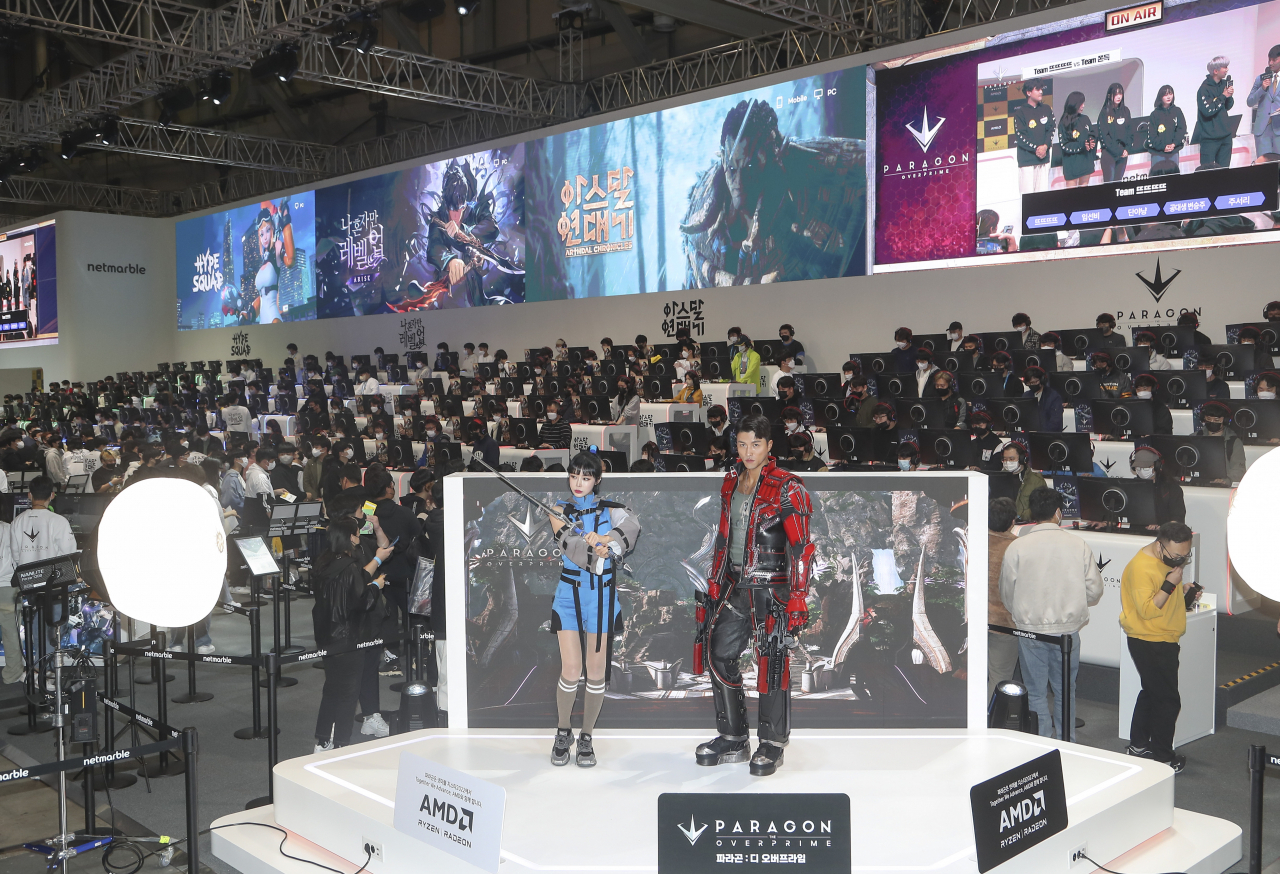