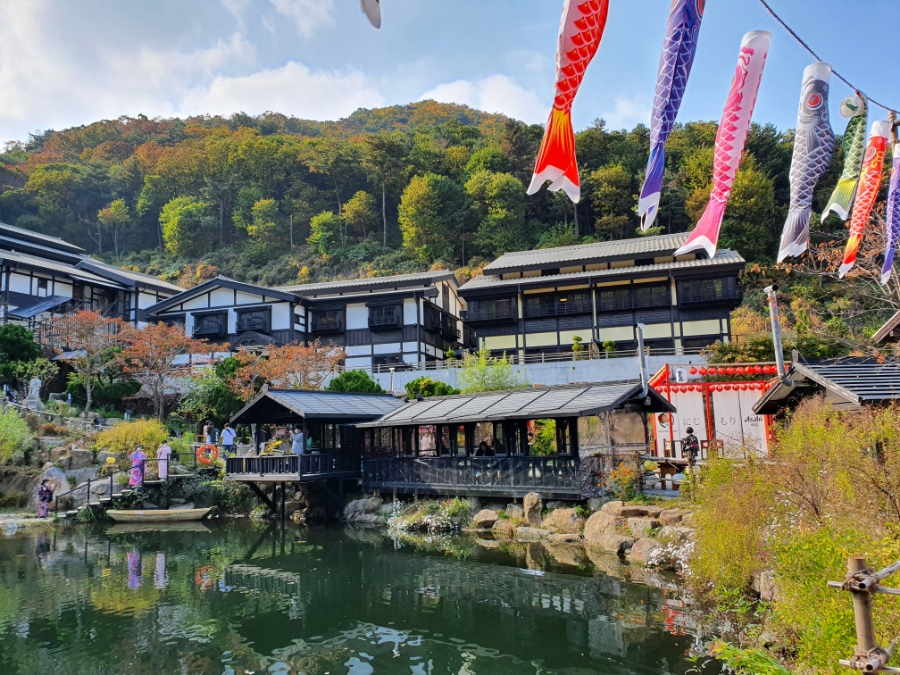 Friends and couples in kimonos take pictures on streets lit by colorful paper lanterns under the eaves of Japanese-style houses and shops.

At a shinto shrine, people write prayers or wishes on paper strips and bamboo plaques and hang them on wooden hooks. 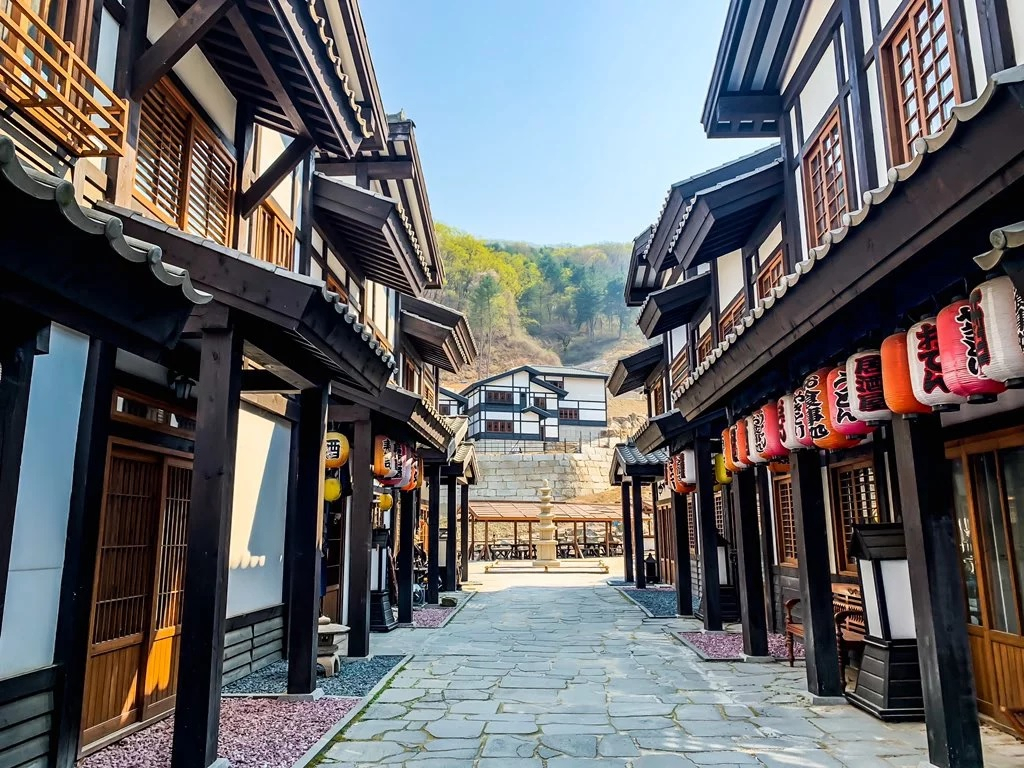 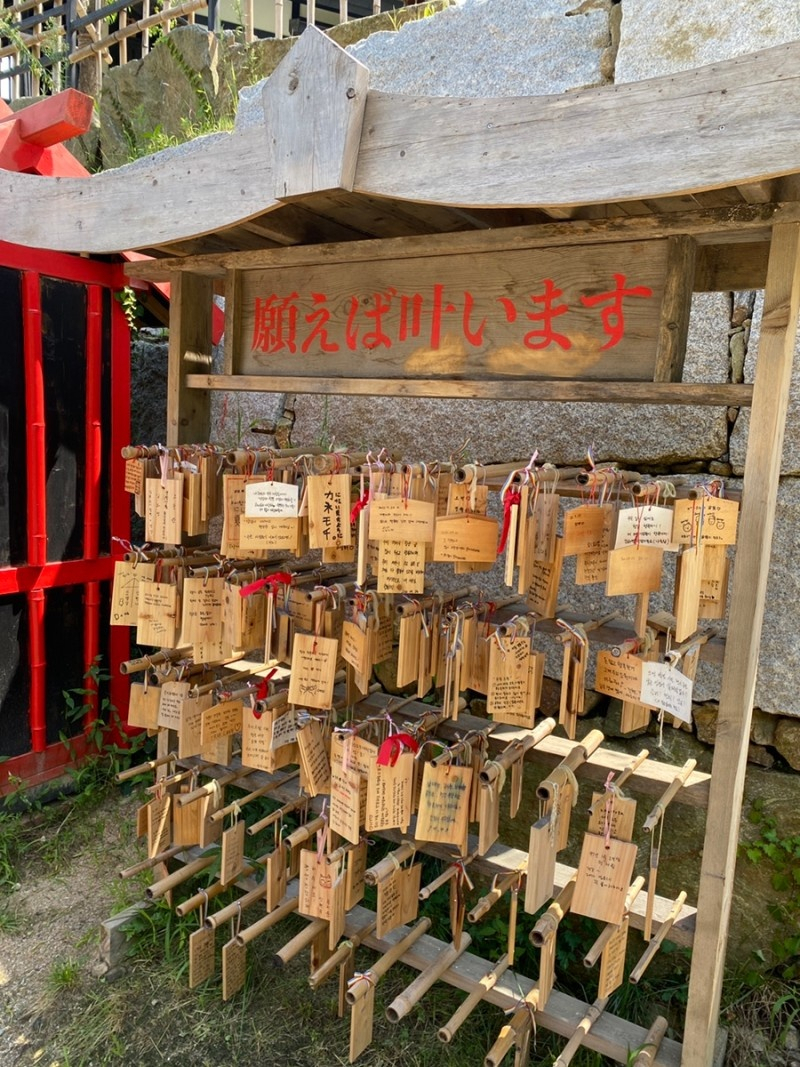 Paper strips or bamboo plaques on which guests wrote their wishes and prayers hang on wooden hooks of one of shinto shrines at Nijimori Studio. (Courtesy of Nijimori Studio)

This corner of Dongducheon, just north of Seoul, may be a picture-perfect slice of Japan, but if you came to the same spot years back, you would find a US military base.

The 40,000-square-meter plot, which was part of Camp Casey until 2012, is now home to the Nijimori Studio theme park.

The exotic village is one of several Japanese-themed tourist attractions that popped up in South Korea amid the COVID-19 pandemic.

While Japan was closed to tourists, they offered travel-hungry Koreans a chance to immerse themselves in the culture of the neighboring country. Now with the border open, a big surge in interest in Japan travel here is fueling the business boom.

Song Ji-eun, an office worker in her 20s, who used to enjoy spa trips to Sapporo before the COVID-19 pandemic occurred, recently stayed at a ryokan-style guesthouse at the Nijimori Studio. She described the experience a “vicarious satisfaction.”

With the room featuring tatami flooring, a bathtub made of Japanese Hinoki wood and a private open-air bath, the one-night stay felt like you’re transported to Kyoto in an instant.

“Japan was where I visited the most (for holiday) next to Jeju Island. After traveling abroad has become difficult (due to pandemic restrictions,) I started to look for unique spots in Korea,” she said. 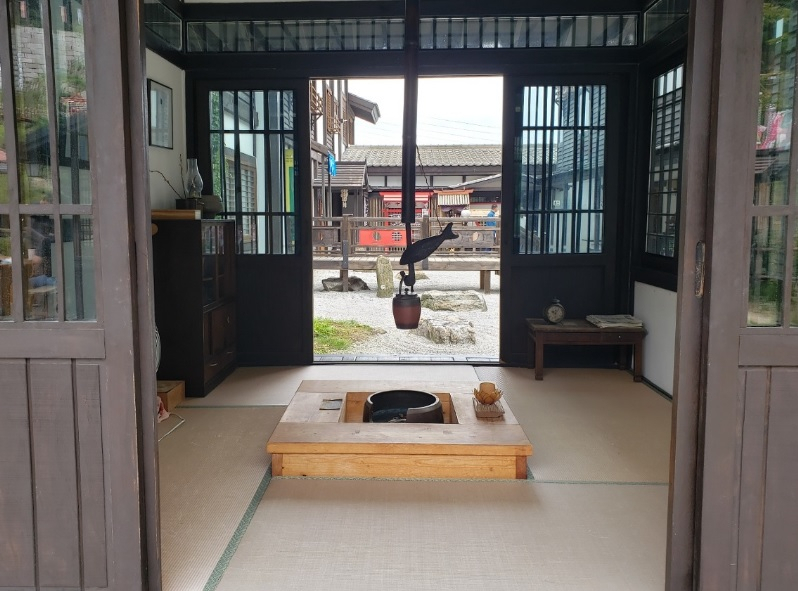 A search with the hashtag Nijimori Studio in Korean on Instagram returns a host of pictures and short videos shared by cosplayers dressed up as fictional Japanese characters, from Kaonashi, a character in Studio Ghibli film “Spirited Away,” to the schoolgirl from the television series “Sailor Moon.”

Ryokan-style hotels are an emerging trend in the Korean hospitality industry. A number of luxury hotels with traditional Japanese aesthetics have recently opened here. 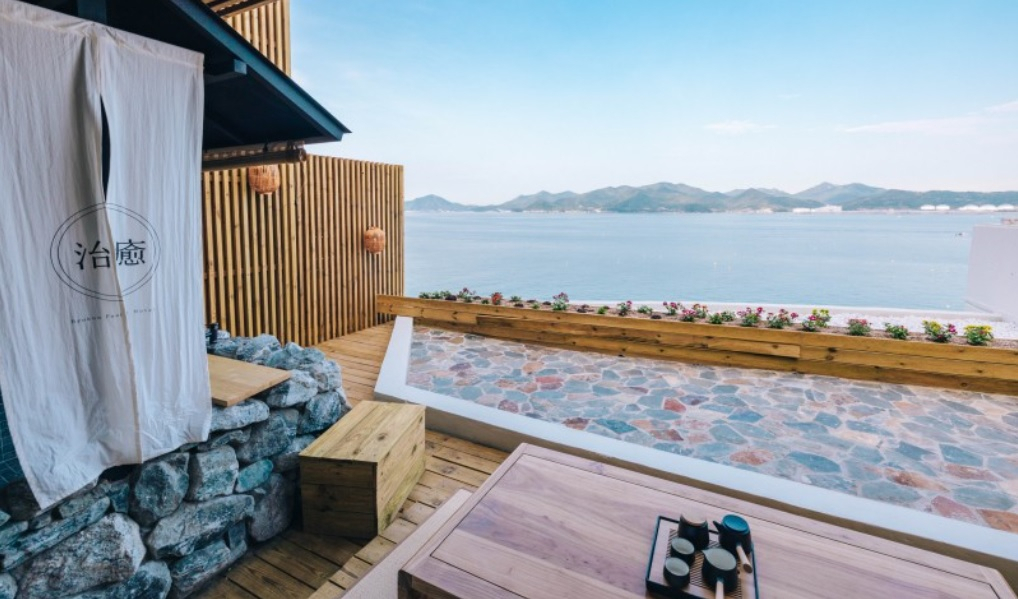 At one newly-built Japanese-style accommodation located in Namhae, South Gyeongsang Province, guests can experience Japanese outdoor spa in their room which has a tub on a balcony overlooking the ocean. Its dining room is decorated with wooden dining tables and tatami-mat flooring. 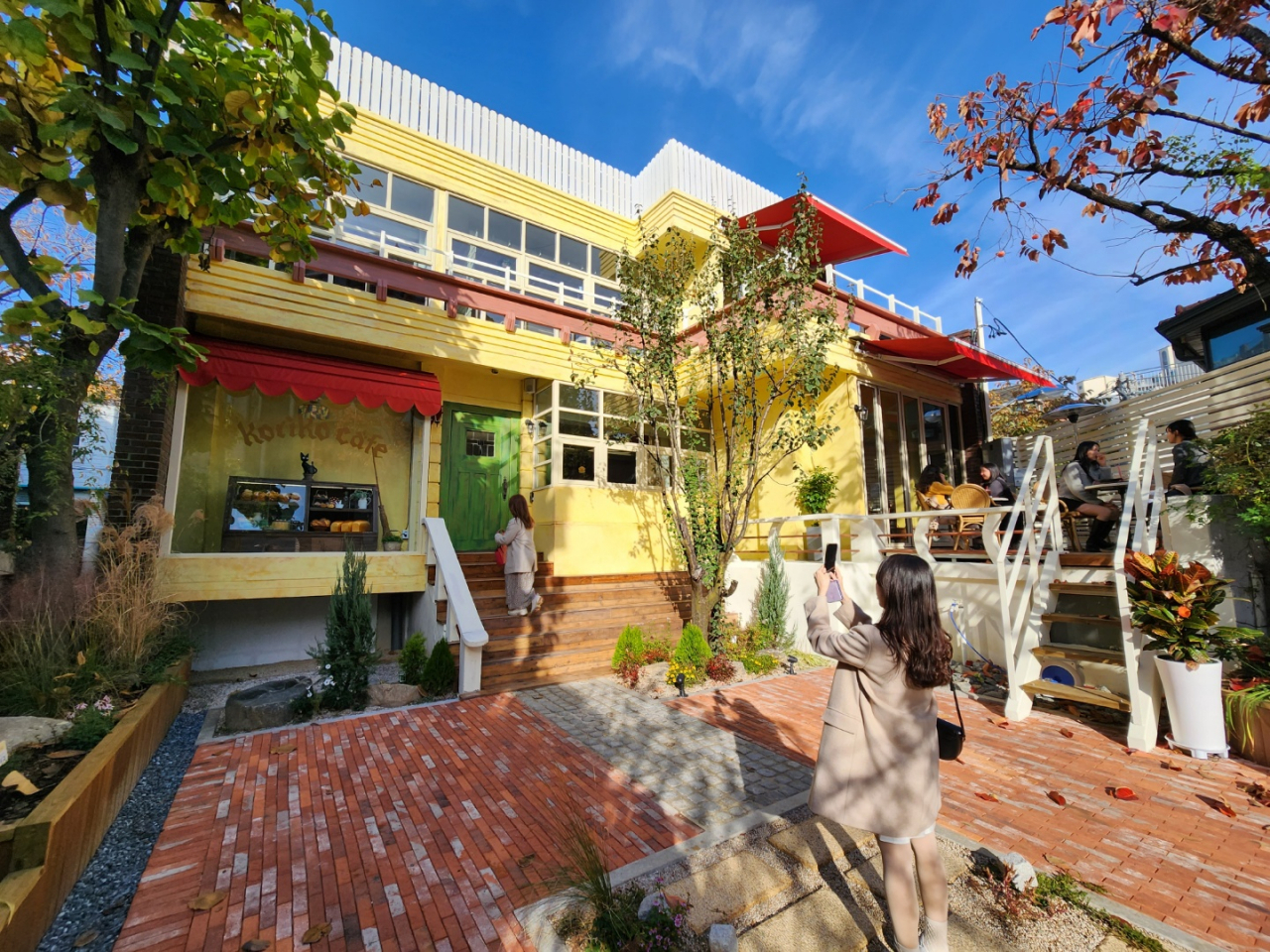 The coffee house was buzzing Monday with visitors armed with selfie sticks looking for the perfect Instagram shot. Some stood in lines to take a photo at a certain spot in the shop’s garden.

Named after the town where the young witch Kiki lives in the movie, the two-story coffee shop dubbed “Koriko Cafe,” situated in Seoul's hip Yeonnam-dong, is furnished with an array of accessories, goods and desserts like cakes and muffins featuring Ghibli's most lovable characters. 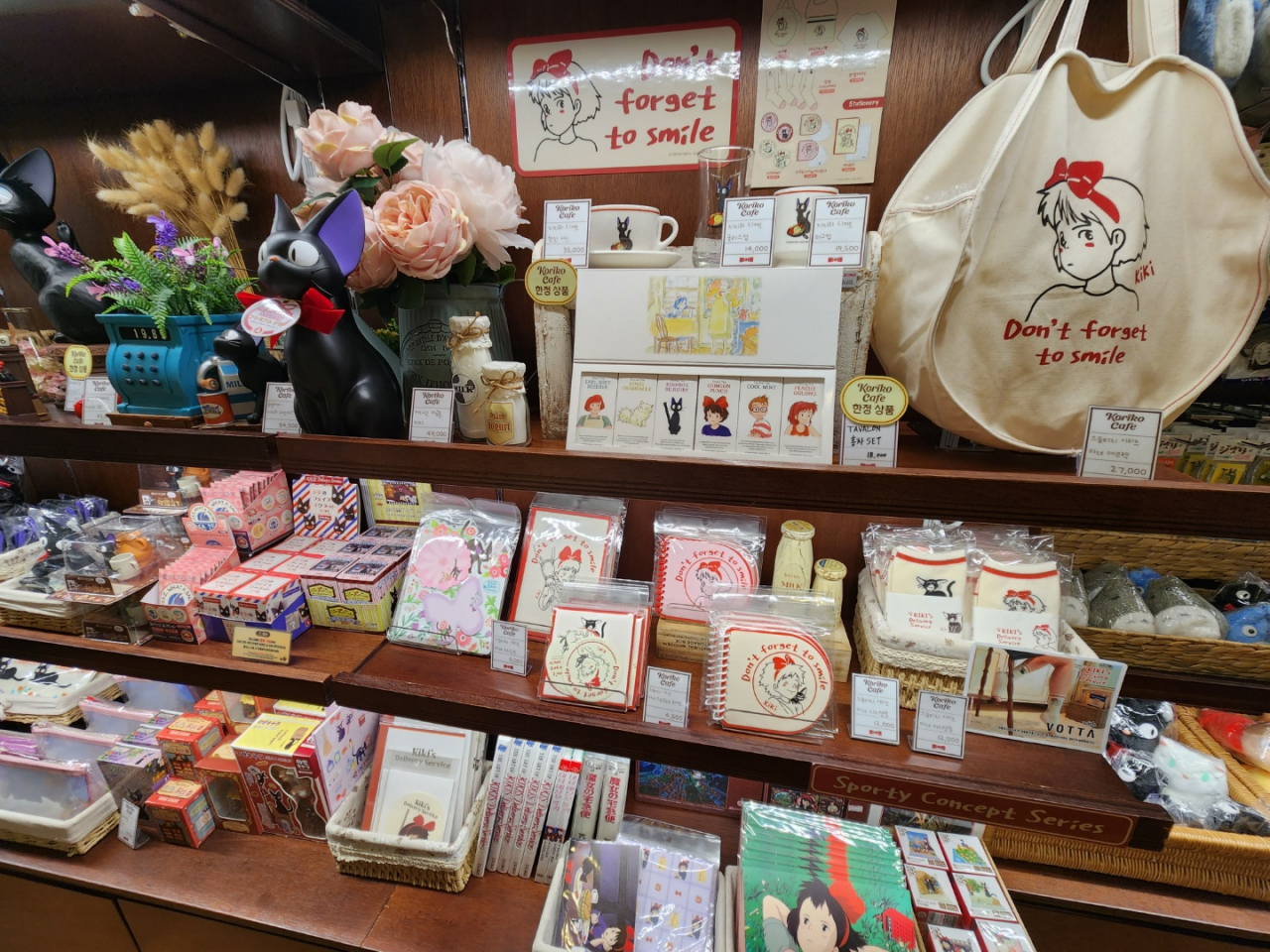 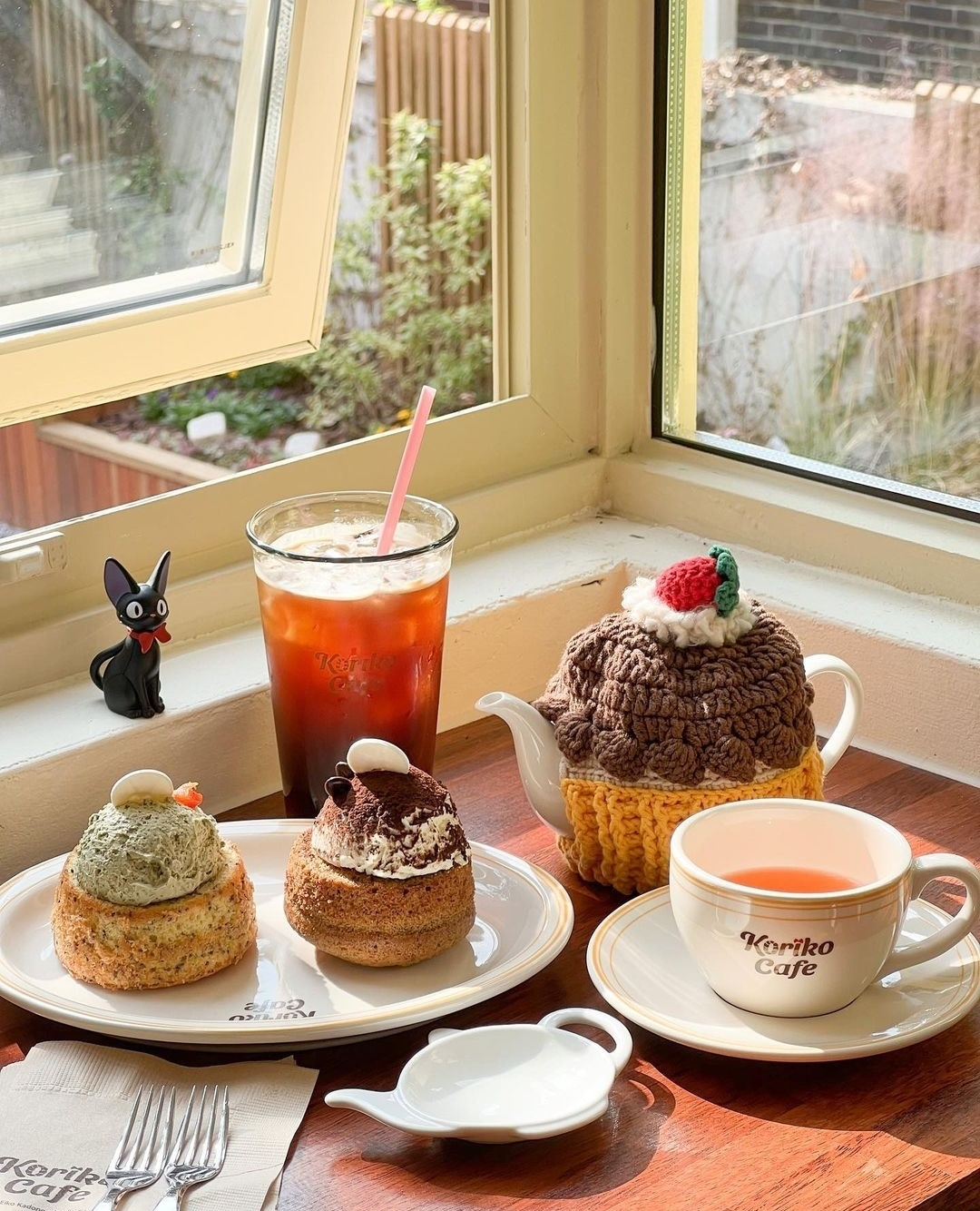 With soundtracks from animated films playing, character seat cushions and cute ornaments radiate a cozy and vintage Japanese aesthetic, while vivid colors of the building’s walls and roofs conjure up images of the scenes from Studio Ghibli movies.

“The dessert shop is more than just a lovely cafe. It is a playground for ‘kidults’ like me and a fan platform for anime lovers," said Yoon Na-rae, a female customer in her 30s, who bought a coin purse with an image of Totoro on it.

Japan had halted visa-free entry for Korean nationals starting March 2020 to control the entry of foreign coronavirus patients, while shutting down its borders completely to foreign nationals in November last year. Last month, the neighboring country resumed its visa waiver programs for 68 countries and regions after nearly two years and seven months.

Demand for Japan tourism has been soaring in line with the eased travel restrictions. According to data from online ticketing site Interpark, the number of flight bookings to Japan between Oct. 1-22 jumped 589 percent from a month ago. Of the total international flight reservations, the Japan route accounted for 48 percent, the highest share followed by the Southeast Asia region (36 percent).