Min Byoung-chul, the author of “Land of Squid Game” and endowed chair professor at Chung-Ang University, recently held a special lecture to talk about the content of his book with his local and international readers.

Min, a well-known English educator and K-Culture advocate, explained Korean culture and behavior, along with the traditional games that were introduced in the book. The lecture was held Nov. 9 at the AC Hotel by Marriott Seoul Gangnam in southern Seoul.

Published last December, the book talks about unique aspects of Korean culture that have sparked interest from the international audience via the record-breaking popularity of the Netflix series “Squid Game,” the second season of which is slated to start shooting next year. Professor Min is also promoting Korean culture through his weekly columns published by The Korea Herald. 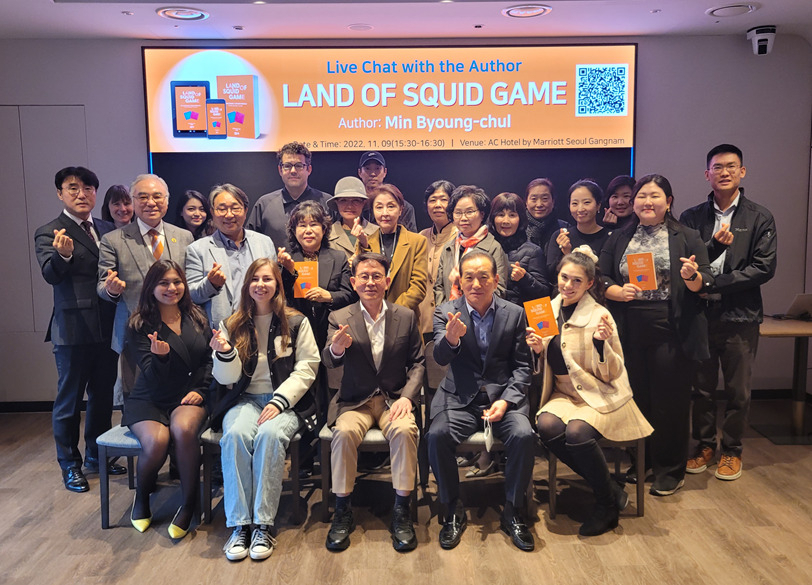 “The ‘Land of Squid Game’ book will help foreigners who want to learn about Korea, its everyday culture, and also help those who are learning English as the book deals with Korean games and culture and is written in English and Korean,” Min said.

Among the attendees of Wednesday’s lecture was panelist Carla Avila, a Mexican actress who appeared in the smash-hit drama as one of the living sculptures in the scenes prominently featuring the “VIPs,” mysterious sponsors of the death game which is the show’s namesake.