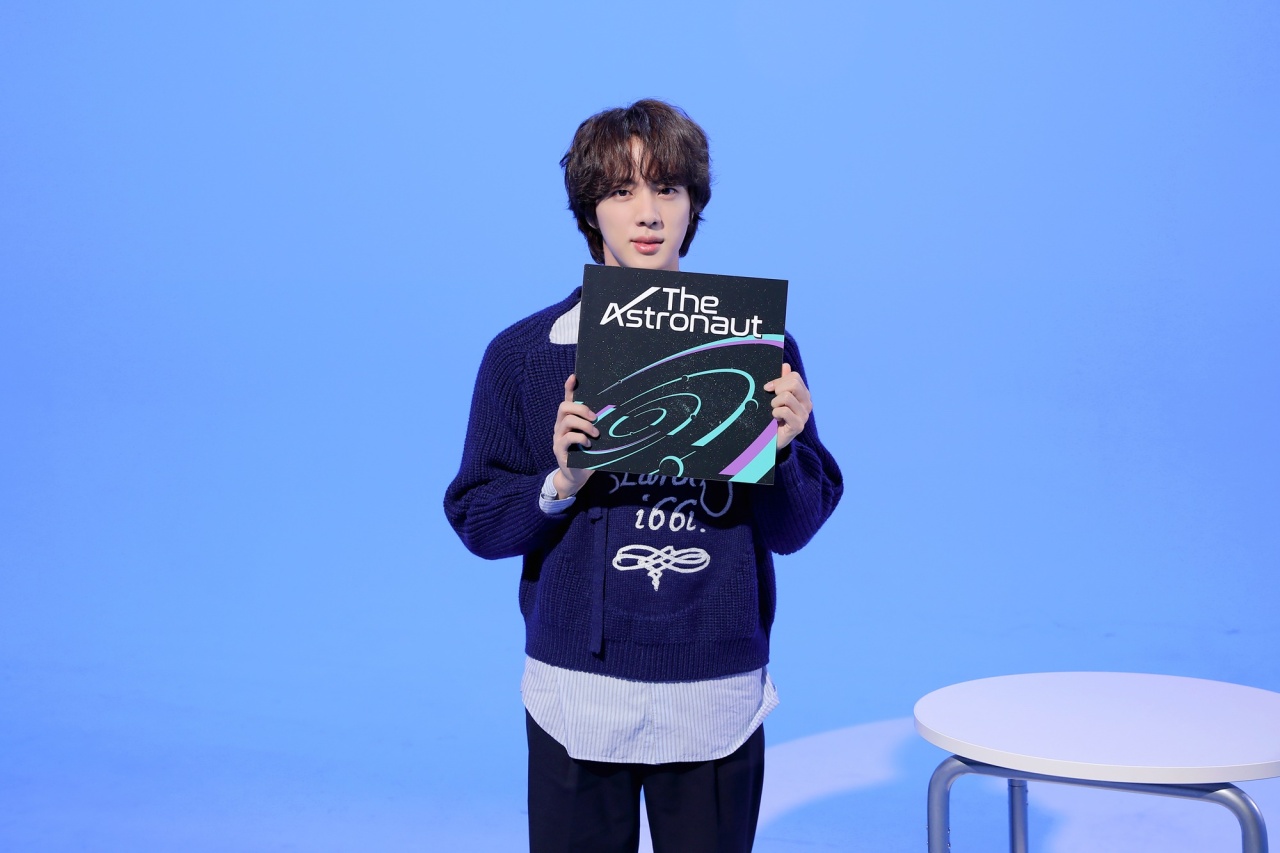 (Big Hit Music)
Jin, a member of K-pop supergroup BTS, holds his single "The Astronaut," his first first official single that has landed at No. 61 on the British Official Singles Chart Top 100.  According to the latest chart updated Friday, the song entered the chart together with Rihanna's "Lift Me Up" and SZA's "Shirt.” "The Astronaut" is a pop-rock genre song co-written by British band Coldplay, which also played on the recording. Jin participated in writing the lyrics, in which he expressed his affection with fans.