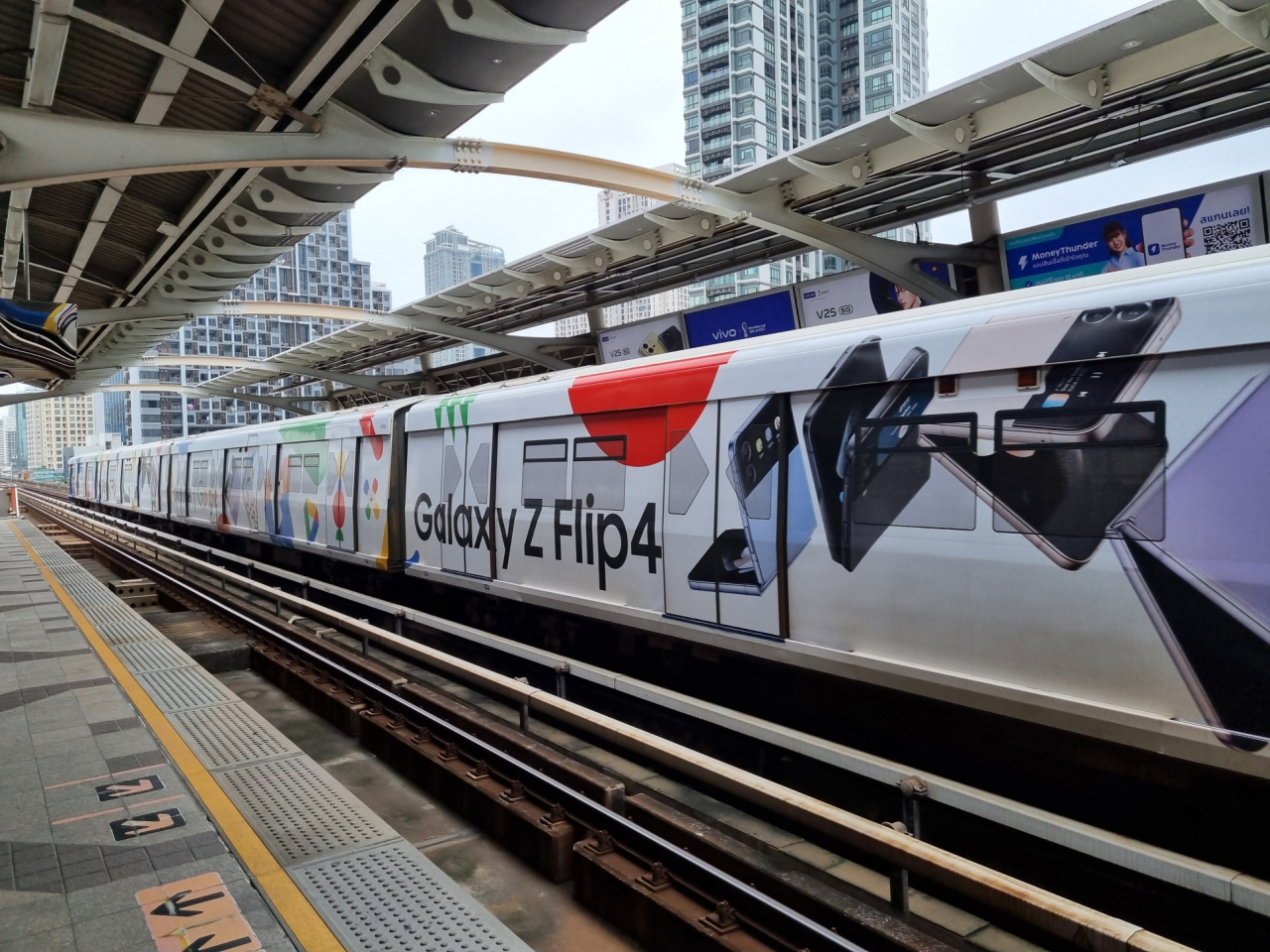 A Bangkok Skytrain is shown on Sunday advertising Samsung Electronics’ newest Galaxy Z Flip4 smartphone on its exterior. Samsung launched a campaign with Google to put full exterior advertisements created by a Thai designer on four of Bangkok’s Skytrains on its busiest line to promote the two companies. The promotion will run until January 2023, according to Samsung.