Autumn has arrived across Korea in the middle of October, showing various views full of colors. From the southern resort island of Jeju to Chilbosan mountain in northeastern North Korea, autumn scenery of ripened fruits, autumn flowers, fall foliage, early frost and silver grasses are found in each part of the peninsula.

Here are some photos of the mid-October scenes taken in mountains and parks across Korea. 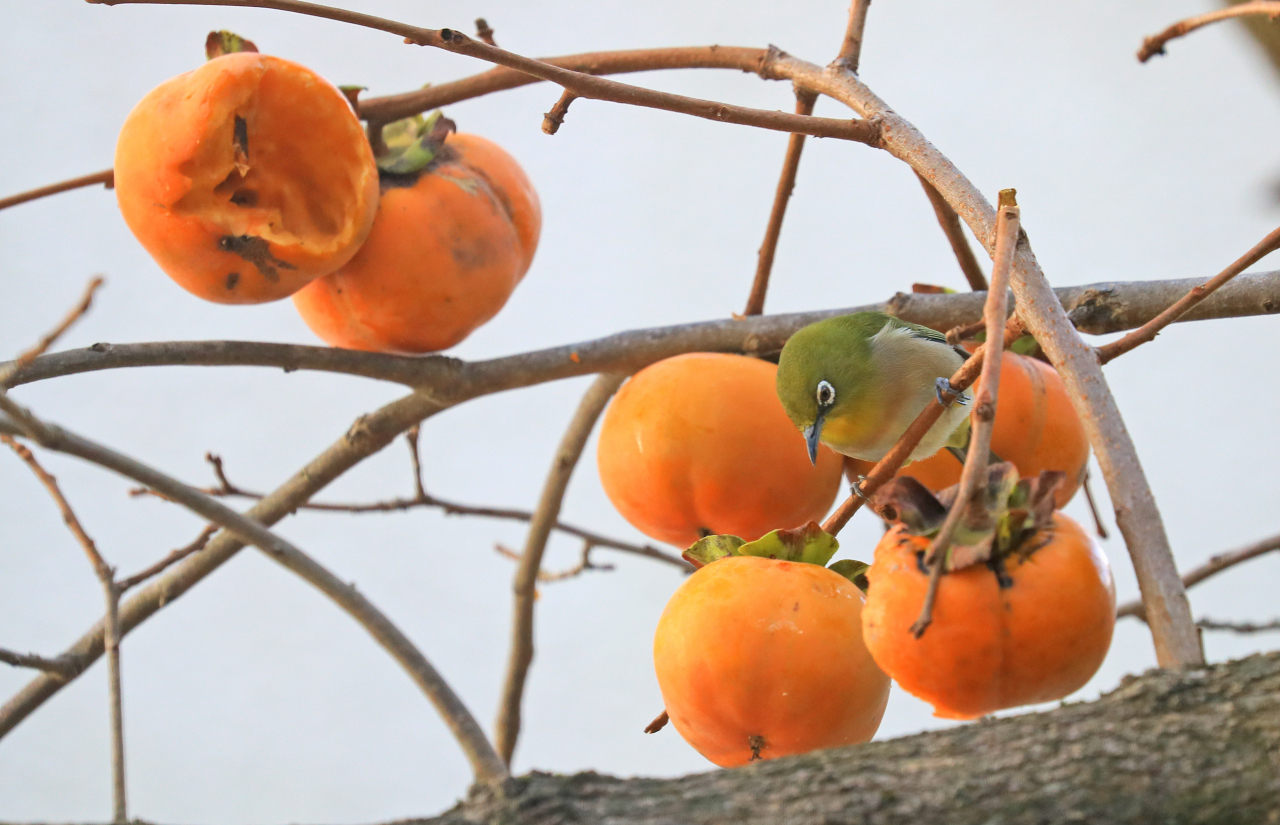 In this photo taken on October 12, a white-eye, a resident bird in Korea, pecks well-ripen persimmons in Halla arboretum on Jeju Island. (Yonhap) 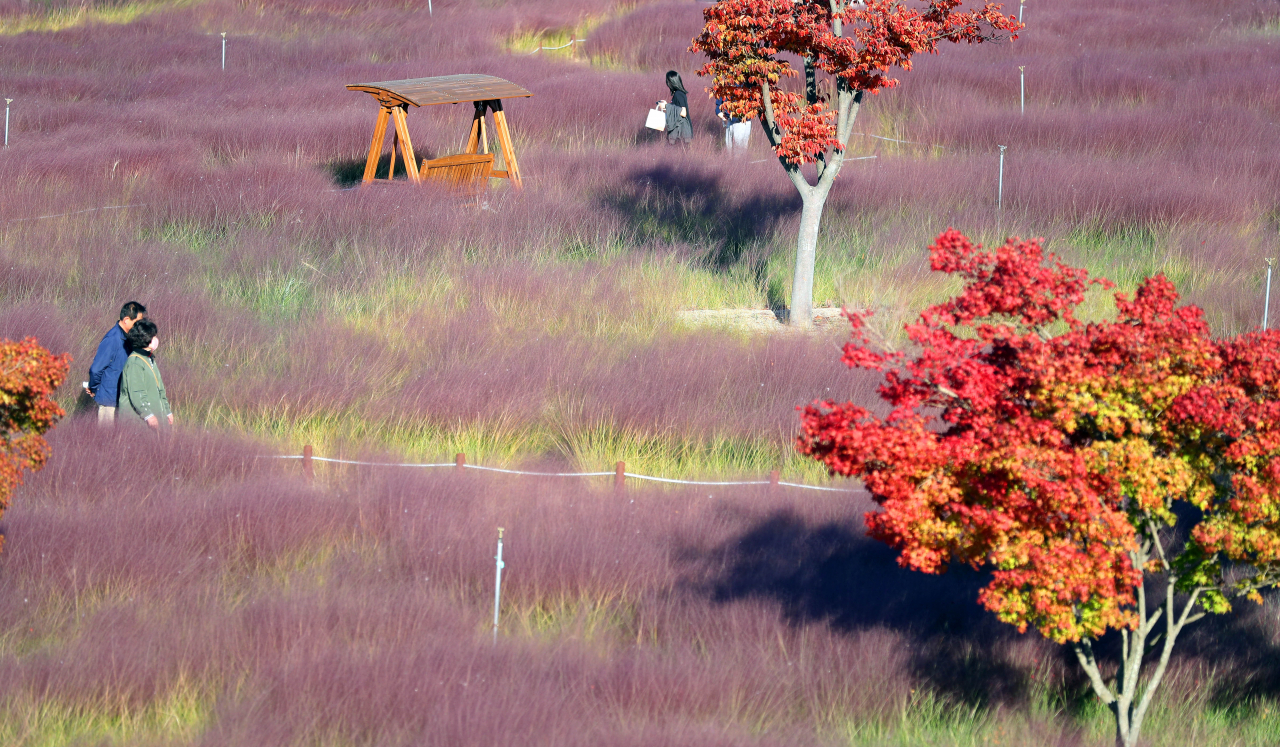 Silver grass is shaken by the wind on Monday at the slope of Hwawangsan mountain in Changnyeong, South Gyeongsang Province. (Yonhap) 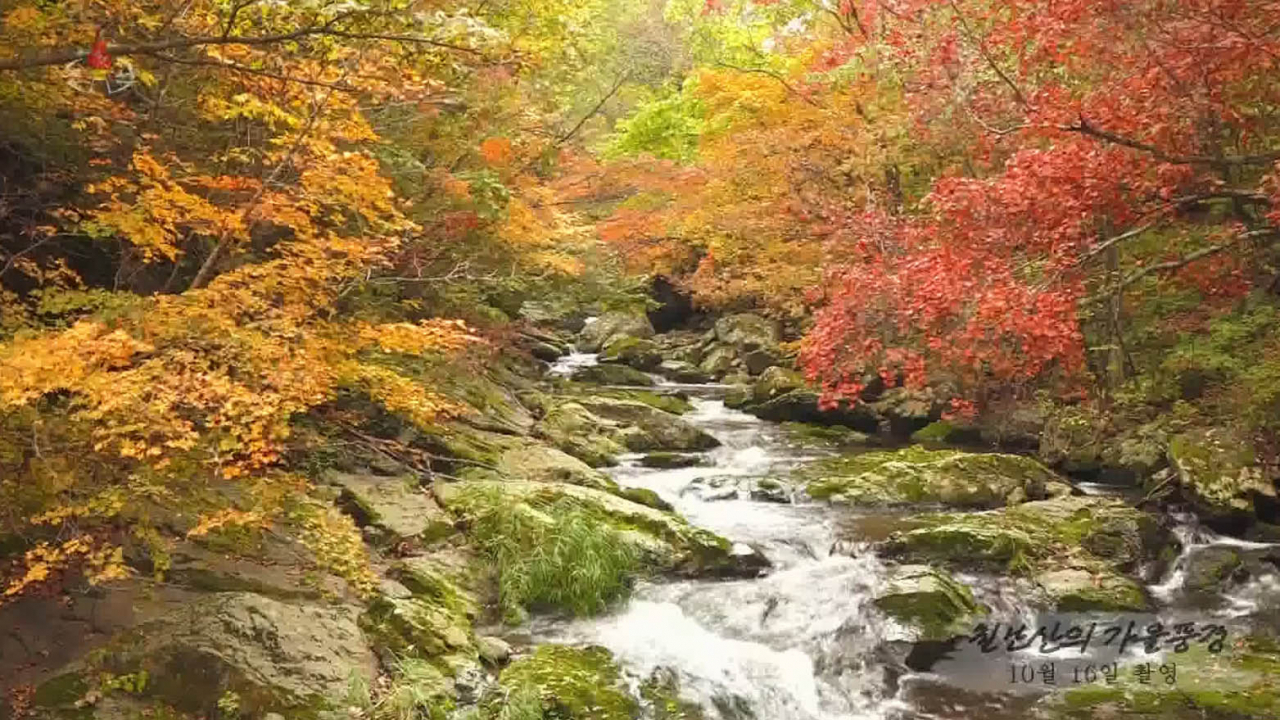 In this picture covered by North Korea's Korean Central News Agency on Sunday, fall foliage is at its peak in Chilbosan mountain in North Hamgyong Province, northeastern North Korea. (Yonhap)