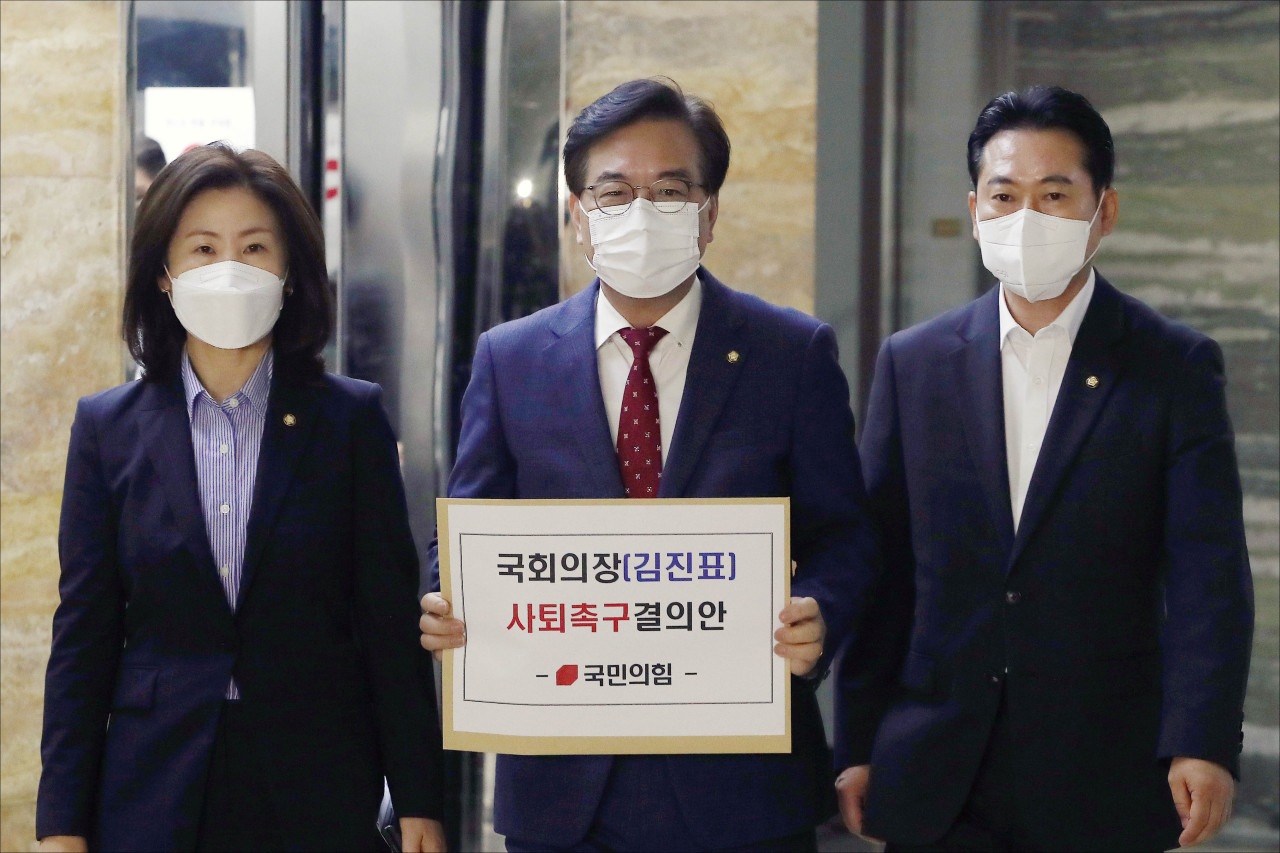 The motion for the dismissal of Foreign Minister Park Jin was approved in a 168-1 vote boycotted by the ruling People Power Party on Thursday evening. It was put to a vote at a delayed plenary session that resumed at around 6 p.m.

The People Power Party's vice floor leader Song Eon-seog on Friday criticized National Assembly Speaker Kim for allowing the plenary session to resume without the ruling party’s consent, which made it possible for the main opposition Democratic Party of Korea to put the motion to a vote.

Song argued that Kim apparently sided with the Democratic Party in resuming the plenary session, and criticized Kim for "violating his duty to keep political neutrality."

The ruling party tried to stop the main opposition party from passing the motion asking for the dismissal of the foreign minister, amid mounting criticism over President Yoon Suk-yeol’s troubled overseas trip last week. The trip was widely condemned for what critics viewed as various diplomatic mishaps.

At the moment, Yoon is unlikely to take any action, as the motion is nonbinding and the president has the right to dismiss it.

However, Yoon is expected experience more difficulties in seeking the main opposition party’s support at the National Assembly due to his office’s failure to provide solid explanations for his use of foul language caught on a hot mic, as well as the ongoing power struggle between the rival parties over the president's other mishaps.