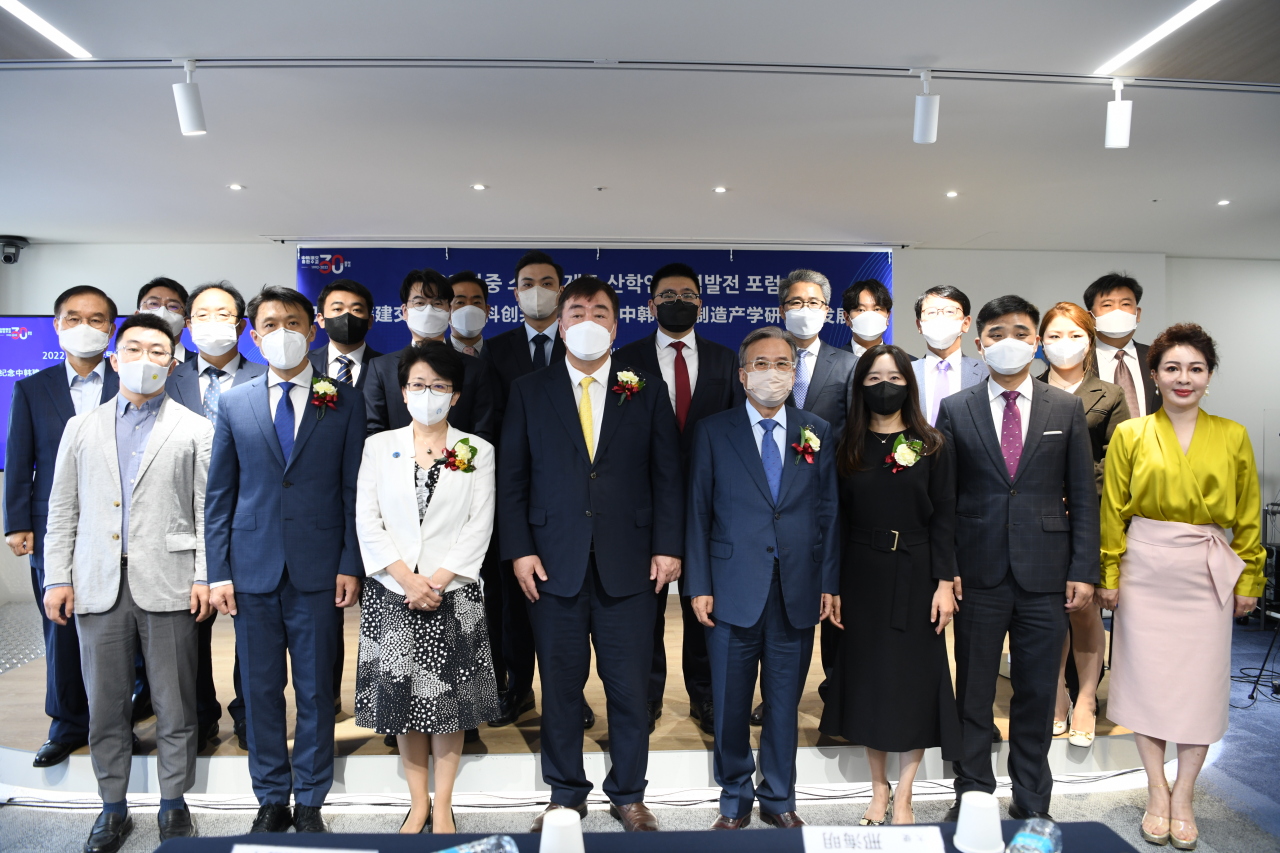 Figures from universities, research centers and government bodies in Korea and China attended the event held both online and offline in central Seoul.

Gao Xiang, the head of the China Science and Technology Exchange Center, opened the event with a congratulatory speech.

“Two countries (Korea and China) are geographically close and have maintained a friendly relationship for a long time. During the 30 years since establishing diplomatic ties, the political trust has deepened with vigorous interchanges,” he said in Chinese. “Now, we are a community that shares fate.”

“Smart manufacturing can invigorate the economy being a pivot of modern industrial growth,” he said.

Rep. Yoon Young-chan from Democratic Party of Korea followed with a pre-recorded speech.

“In the end, the science technology must develop in a way to benefit humans,” Yoon said. “If more Korean and Chinese experts could meet with each other to discuss the changes within the high-tech industry, the two countries will excel not just in Asia but across the globe.”

“Artificial intelligence is the most innovative technology. The digital economy has been recording an unprecedented growth and spread,” he said. “The strong will to cooperate on an industry-academia-research level will play an important role in encouraging the growth of related industries” he said.

Lee Wun-gyoo, head of Kyonggi University, Lee Seung-jae from the Korea AI Blockchain Convergence, Lim Hyun-ki, professor at the Division of AI Computer and Engineering at Kyonggi University and more attended the event to give a speech on the growth of the artificial intelligence technology.

Chinese experts from Ningbo University and Zhejiang University and more also took the podium, explaining how the growth of artificial technology could be used.