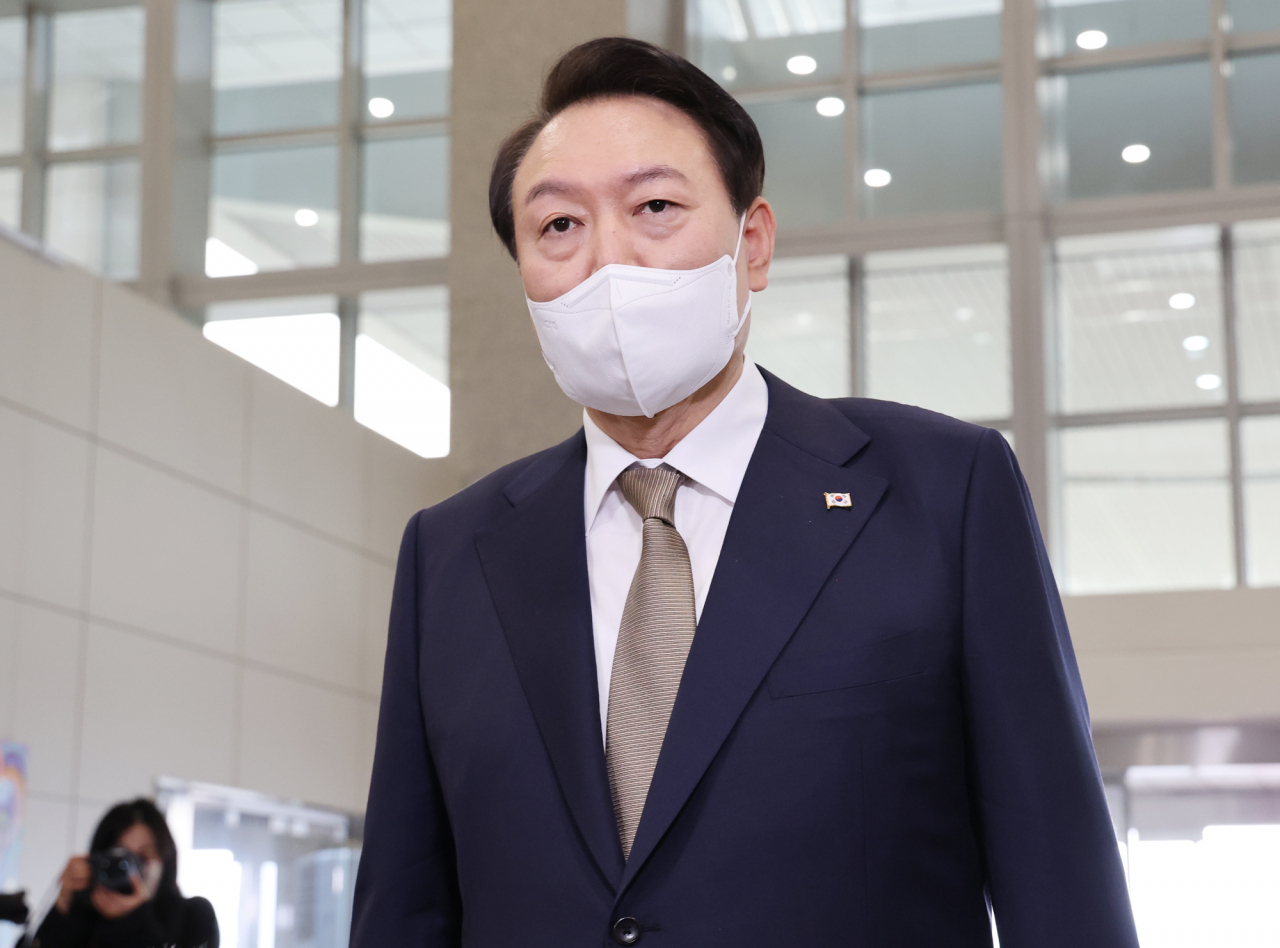 President Yoon Suk-yeol touted Foreign Minister Park Jin on Thursday as a capable diplomat working so hard at a level causing concern about his health as the main opposition Democratic Party (DP) was set to pass a no-confidence motion against him.

The remark suggests that Yoon will not comply even if the DP passes the motion calling for Park's dismissal to hold him responsible for what it portrays as Yoon's disastrous trip to Britain, the United States and Canada last week.

The motion is set to be put to a vote Thursday and is certain to pass as the DP holds a majority with 169 out of 299 seats in the National Assembly.

"Foreign Minister Park Jin is a remarkably capable person and is constantly on the move around the world for the sake of the national interest to the point that I'm worried about his health," Yoon told reporters as he arrived for work. "I think the people are clearly aware of what is right and wrong."

Yoon also talked about North Korea's firing of two short-range ballistic missiles Wednesday, saying he stayed late at his office to be briefed on the results of the National Security Council's meeting.

"It's already been more than 20 times this year," he said. "National security isn't free and serves as the basis for all economic activity."

He referred to the South Korea-US naval exercise under way in the East Sea and his planned meeting with US Vice President Kamala Harris later in the day.

"We plan to talk about what wasn't fully discussed" on the sidelines of multilateral gatherings, he said, referring apparently to a brief pull-aside he had with US President Joe Biden on the margins of the UN General Assembly in New York. (Yonhap)