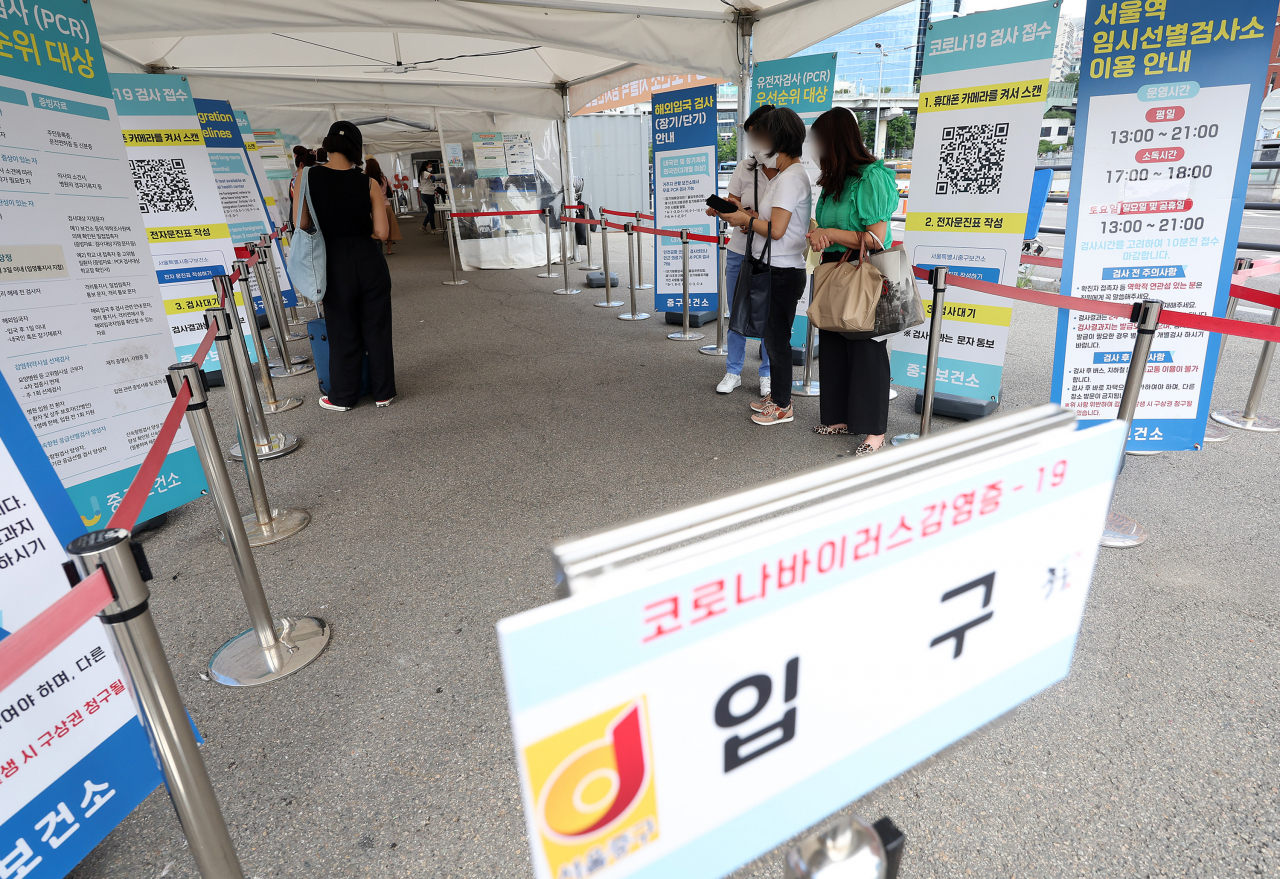 In this file photo, a couple of people wait to take a COVID-19 test at a clinic near Seoul Station in central Seoul amid eased virus curbs on Sept. 18. (Yonhap)

The ruling People Power Party (PPP) on Thursday called on the government to ease antivirus curbs, such as a virus test for inbound travelers, and an indoor mask mandate for toddlers and children, amid signs that the virus wave is slowing down.

The virus wave, triggered by the spread of a highly contagious omicron variant, has been on a decline after a resurgence in July that later peaked above 180,000 cases in mid-August. As part of efforts to curb the public's inconvenience, the government lifted all outdoor mask mandates starting this week.

"While many people are wearing masks both indoors and outdoors as part of personal antivirus measures, there are growing voices questioning the effectiveness of wearing masks," Rep. Joo Ho-young, the PPP's floor leader, said during the party's policy consultation meeting with government health officials.

"Some experts view that wearing masks stunt children's speaking, and negatively affect their social and emotional developments. Many disabled people have also spoken about their inconveniences," Joo said, urging the government to find the right balance between easing people's inconveniences while fending off the virus.

Rep. Sung Il-jong, the PPP's chief policymaker, proposed scrapping a mandatory PCR test within the first 24 hours of entry into the country, noting how South Korea and China are the only countries that conduct such a test after entry.

"Going forward, we will improve antivirus measures that are seen as less effective based on the feedback of experts, resurgence trends and policy feasibility," Peck Kyong-ran, Commissioner at the Korea Disease Control and Prevention Agency, said.

Peck, however, voiced caution against a possible resurgence of the virus in the winter and pledged to seamlessly carry out additional vaccinations. (Yonhap)