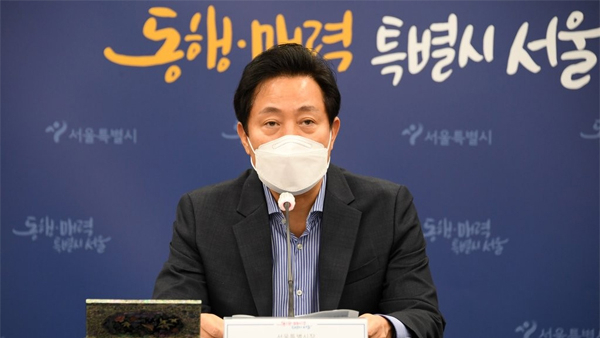 As South Korea struggles to reverse a falling fertility rate, Seoul Mayor Oh Se-hoon has come up with a new idea: Open up the border to foreign nannies to relieve the child care burden of working parents.

“Parenting should be socially respected, and measures are needed to enable mothers and fathers to raise their children together,” he said via Facebook on Tuesday. “The introduction of foreign babysitters is a policy focused on parenting, and it would be good news for those who couldn’t hire domestic babysitters because of either financial burdens or the shortage of their supply.”

The mayor from the conservative ruling People Power Party revealed that he had officially proposed the idea at a Cabinet meeting earlier in the day and that he hopes the envisioned pangovernmental task force tasked with tackling the population crisis studies it as one of the possible policy items.

South Korea’s birthrate -- the average number of children a woman bears in her lifetime -- dropped to a new all-time low of 0.81 in 2021, down from 0.84 the previous year, according to data from Statistics Korea. It is the lowest mark in the world.

Currently, only foreign residents holding long-term visas, including F-2, F-4, F-5 and F-6 visas, are allowed to work as a babysitter, according to the Korea Immigration Service. Those with the H-2 temporary work visa must obtain approval from immigration authorities if they want to get a job as a babysitter or engage in domestic work.

The mayor’s proposal is that the country revise visa rules to bring in low-wage care providers from overseas. The burden of parenting, coupled with costs of child care and education, is cited as a major reason making young Koreans reluctant to have a baby, according to Oh.

He said Hong Kong and Singapore have had a national system in place since the 1970s to provide migrant domestic workers and babysitters, and it appears to be helping to slow down the pace of decline in their respective birthrates.