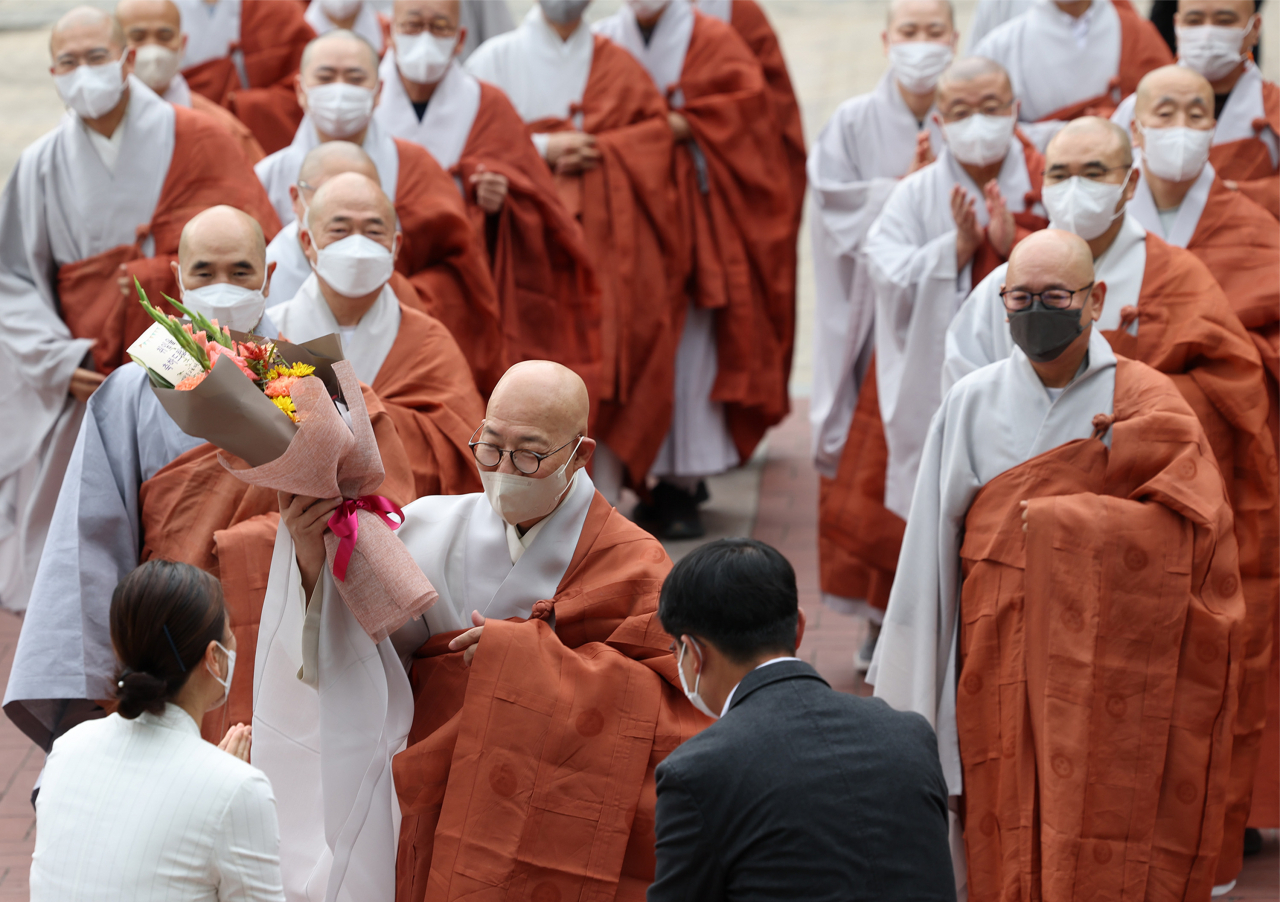 Ven. Jinwoo (C), new executive chief of the Jogye Order, receives a bouquet at the Jogye Temple in Seoul on Wednesday. (Yonhap)

Ven. Jinwoo arrived at the compound of Jogye Temple in downtown Seoul and paid tribute at the main Daeungjeon Hall before entering his office. He did not give any comments.

He was elected unopposed as the 37th president of the Jogye Order last month, replacing the predecessor Ven. Wonhaeng. The order adopted the new system to pick its chief through a single-winner uncontested election in 2019.