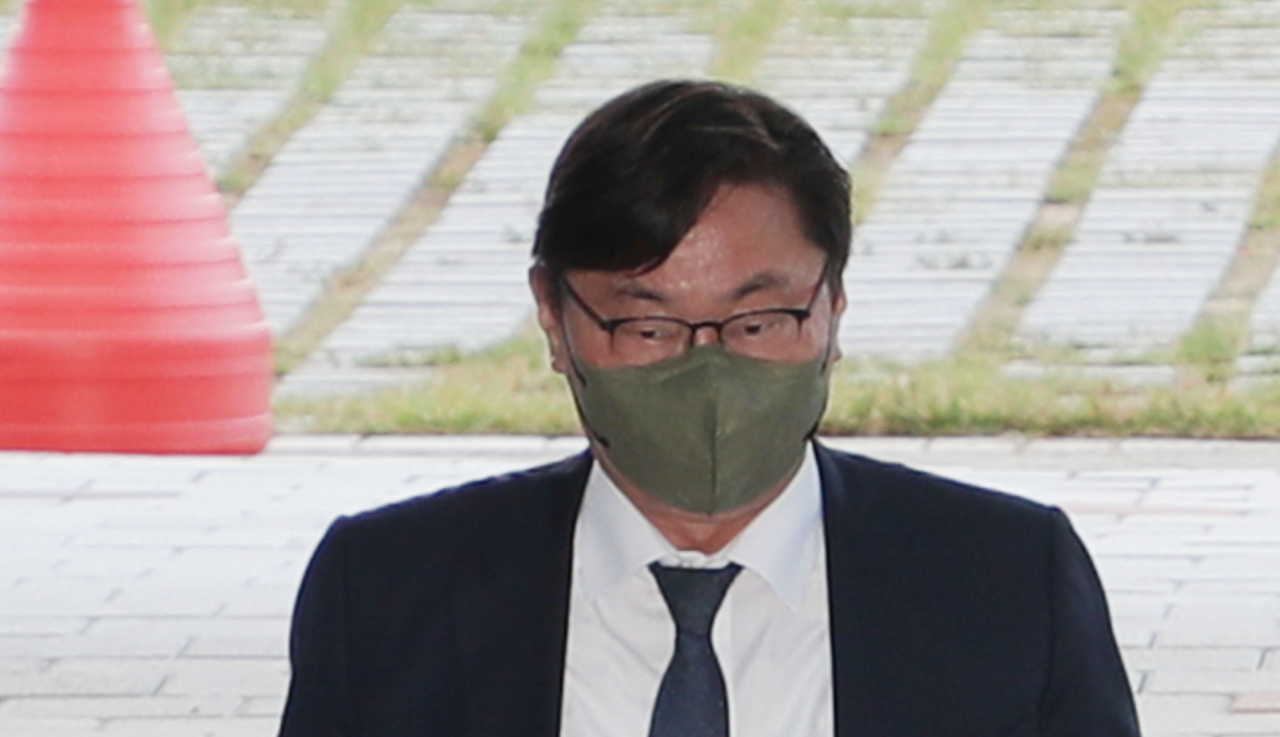 Lee Hwa-young, former deputy governor of peace at the Gyeonggi provincial government, attends a hearing at the Suwon District Court Tuesday on whether an arrest warrant should be issued for him over bribery charges. (Yonhap)

Lee, currently the head of the convention and exhibition center KINTEX, was accused of pocketing some 250 million won ($175,315) worth of bribes from Ssangbangwool in the forms of a corporate credit card and luxury vehicles between 2018 and early 2022 while he was serving as vice Gyeonggi governor for peace and then head of KINTEX.

Lee previously served on the underwear maker's board of directors as an outside member.

Prosecutors believe that in return for the bribes, Lee helped Ssangbangwool sign a business agreement with North Korean organizations in 2019, under which the underwear firm is promised business rights to secure rare earth metals and other mineral resources from North Korea.

Lee has denied the charges, saying he hasn't used a corporate credit card issued by the underwear firm.

The case is drawing attention as it took place while Lee Jae-myung, the chairman of the main opposition Democratic Party, was serving as Gyeonggi governor. Prosecutors are likely to look into whether the DP chairman was aware of the alleged ties between the former deputy governor and Ssangbangwool. (Yonhap)