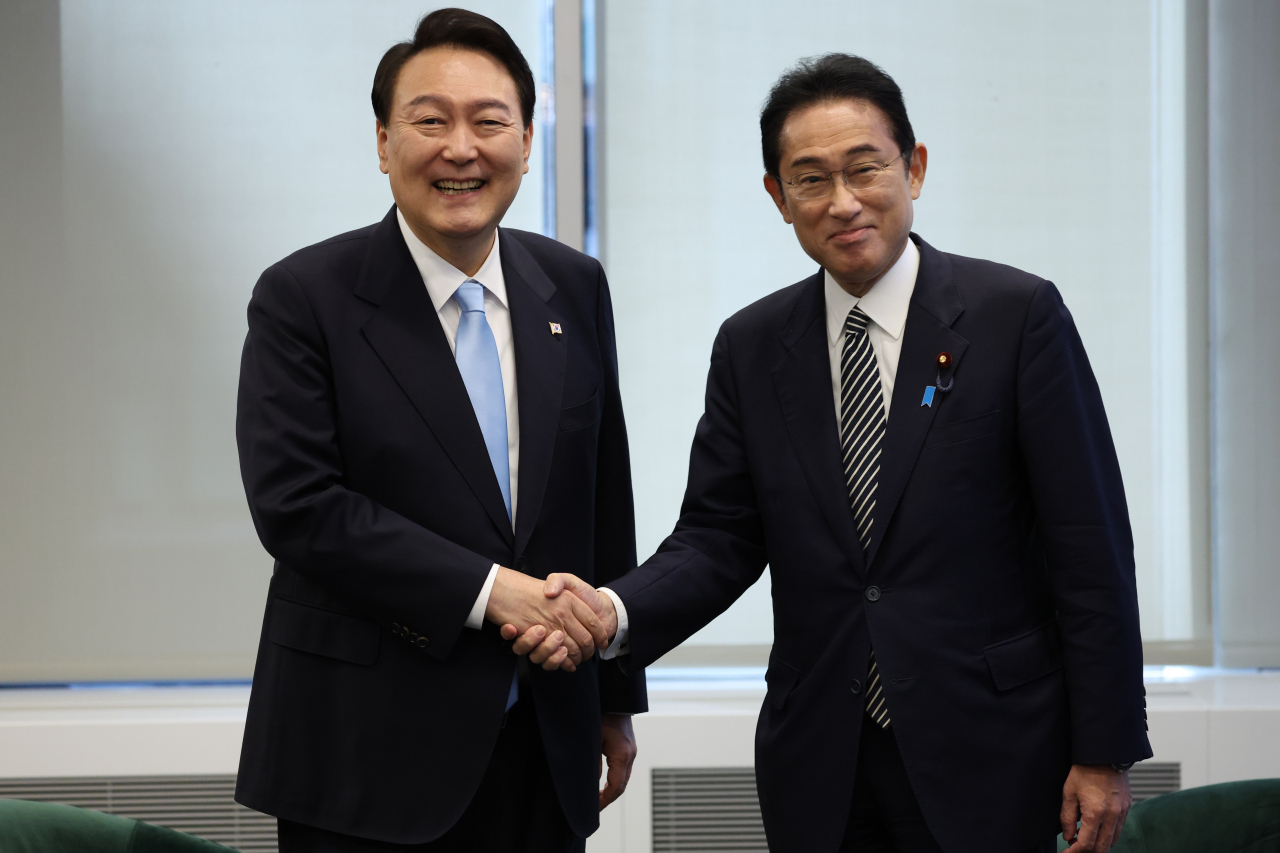 Aiboshi made the remarks earlier in the day at a meeting in Seoul on bilateral exchanges, days after Yoon and Kishida met in New York and agreed on the need to improve relations between the neighboring countries by resolving pending issues.

Aiboshi said the meeting between Yoon and Kishida, which took place on the sidelines of the UN General Assembly, displayed Yoon's "strong willingness" to mend ties with Japan.

The envoy said Yoon and Kishida held "frank and meaningful" discussions during the meeting.

The meeting marked the first one-on-one talks between the leaders of the two nations since December 2019 and raised hopes of improving relations badly frayed over wartime forced labor and other issues related to Japan's 1910-45 colonial rule of the Korean Peninsula.

Yoon has repeatedly expressed a commitment to improve the bilateral relationship in a departure from his liberal predecessor, Moon Jae-in, saying the two countries should uphold the spirit of the 1998 Kim Dae-jung-Obuchi Declaration that called for overcoming the past and building new relations.

During their meeting, Yoon and Kishida also agreed to stand together with the international community in defending the universal values shared by their countries, including liberal democracy, human rights and the rule of law, according to presidential officials. (Yonhap)