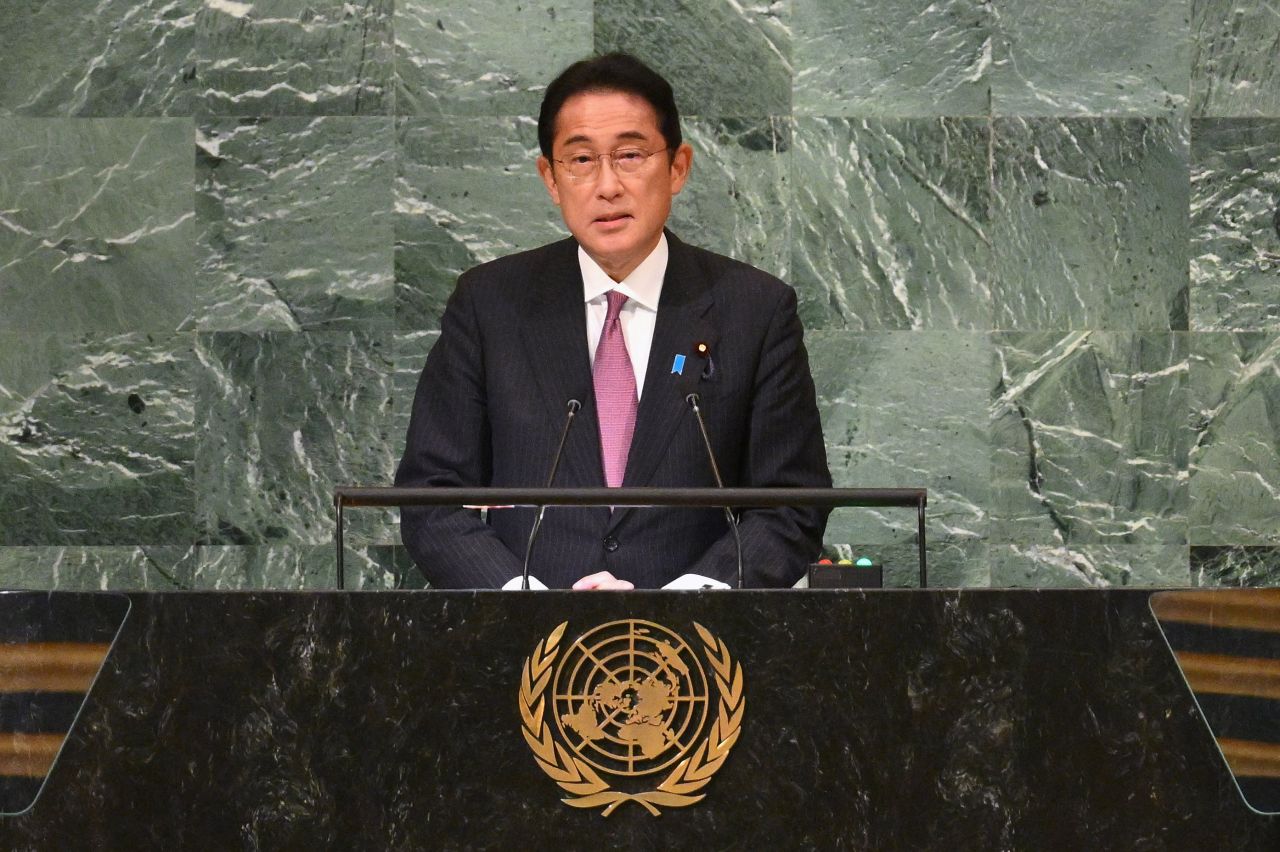 Yoon official said in response to a South Korean reporter question on Wednesday in New York that “there is not much to comment publicly.”

“I don’t think I ought to comment on every media coverage as they come. There is no announcement to make on that situation at this point,” the official said.

The remarks came as Japanese daily Asahi Shimbun, quoting a government official, reported earlier the same day that Kishida was displeased with South Korea announcing that the two countries had agreed to hold a summit on the sidelines of the 77th session of the United Nations General Assembly in New York.

In the Wednesday report, Asahi Shimbun said while Yoon and Kishida are both in New York, the “difference in enthusiasm between the two governments (for a summit) is visible.”

After the presidential office said on Sept. 15 that Yoon and Kishida were likely to hold bilateral talks the following week, the Japanese government protested.

According to Sankei Shimbun, a Japanese daily, Japan’s Ministry of Foreign Affairs has said, “This is a matter that concerns our relationship of trust. Please refrain from making statements that are not based on facts.”

Based on latest reports, Japan has still yet to confirm if the summit will take place in New York.

As recently as Tuesday, Hirokazu Matsuno, the chief Cabinet secretary, told a press conference that “no decision has been reached” on a South Korea-Japan summit, according to a Sankei Shimbun report. Matsuno however said Kishida planned to meet leaders of other countries including the UK, Turkey, Iran, Pakistan and the Philippines.

Choi Eun-mi of Asan Institute for Policy Studies said in a phone call with The Korea Herald that Tokyo appeared to be “not reciprocating” Seoul’s offer for dialogue. Whether the summit would still go ahead would also depend on what was discussed at the meeting of the foreign ministers on Tuesday, said Choi, who specializes in South Korea-Japan relations.

“If the summit falls through this time, it wouldn’t be until the G20 summit in November before the two sides will have an opportunity to meet again.”