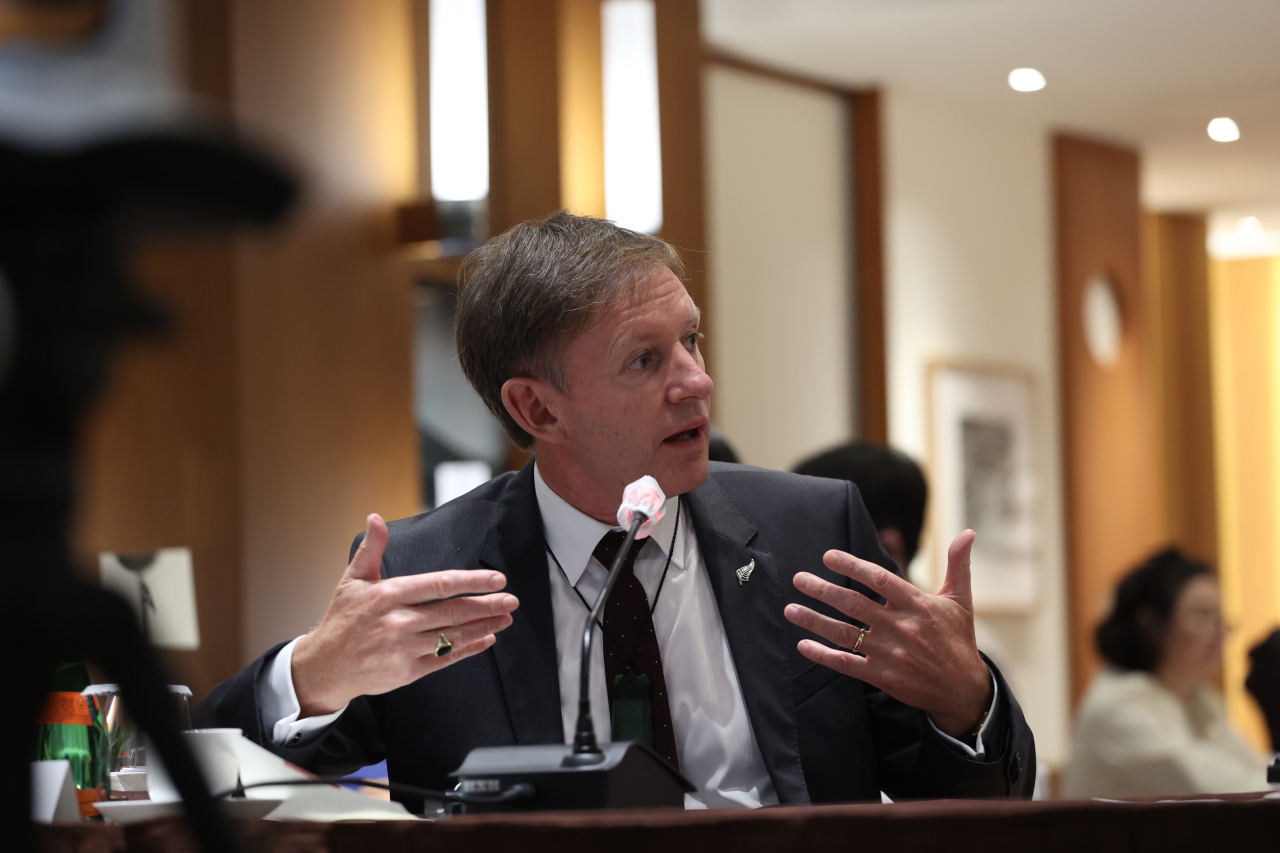 “Korea is a world-leading tech country with a lot of very big companies,” Turner said adding that New Zealand was looking at programs for tech exchange for young entrepreneurs and businesspeople.

“We are keen to connect New Zealand’s individual startup entrepreneurs with Korean partners for collaboration and get raised capital,” he said.

“Korea is very good at finding a path to market ideas, whereas New Zealand is very good to come up with creative technologies and ideas. Both New Zealand and Korea are pretty well placed in digital ecosystem to work together.” 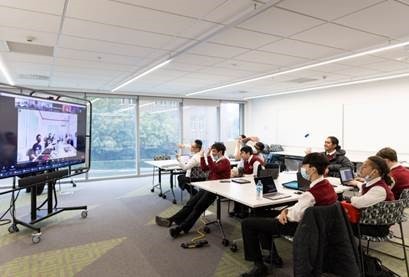 Students from Te Kura Māori o Porirua wave to another team online during the Code Camp weekend. (Embassy of New Zealand in Seoul)
According to Turner, #NZ Asia Tech Code Camp facilitated New Zealand students to join teams from seven other countries in the Asia-Pacific region in late June 2022.

Turner said that the overall theme of the camp was using tourism to match the goals of United Nations Sustainable Development Goals (SDG) – a topic highly relevant for the Asia-Pacific region.

“Students were given the task of profiling their home country’s SDG initiatives, with a focus on sustainable tourism,” added Turner.

The program offers opportunities for Korean 12 to 14-year-olds, and for New Zealand students to develop language skills and engage in cross-cultural relationships with their international peers through Zoom sessions using quizzes and interactive activities. 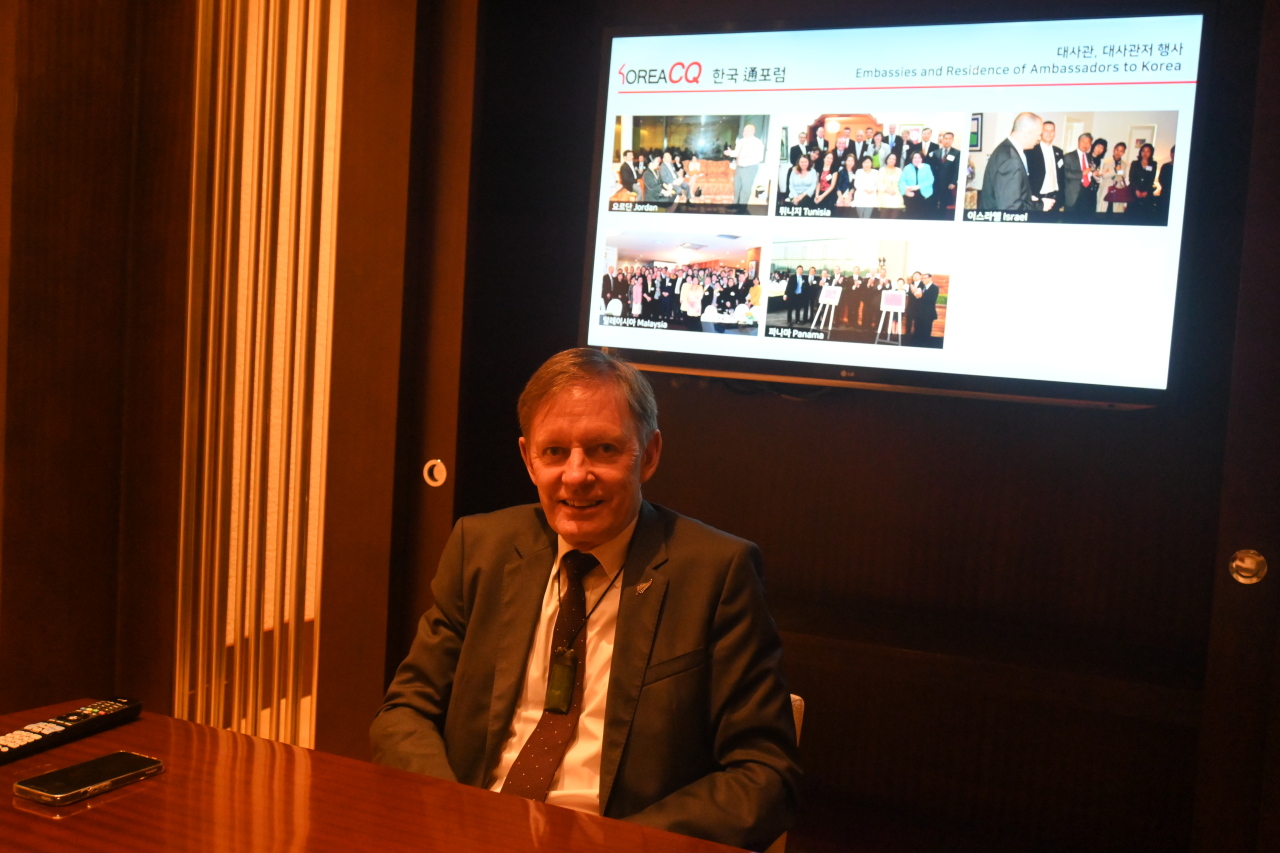 New Zealand’s Ambassador to South Korea Philip speaks in an interview with The Korea Herald at the Grand Hyatt Seoul, on Aug. 26. (Sanjay Kumar/The Korea Herald)
Turner said that the incorporation of a hybrid STEM-based and cultural-based exchange model was especially welcomed and promoted unique aspects of Māori culture, in a modern format, on the international education stage.

New Zealand is looking for innovative ways to use technology to teach kids digital skills and exposing them to intercultural perspectives and different international views, according to Turner.

“Young people have so much opportunity if they have access to the right technology. Conversely if they (youth) lack digital access or knowledge, they will fall behind,” he said.

According to Turner, New Zealand government is working hard to ensure everyone has access to capability and technology.

“That means working with kids in school and equipping them in that way,” he said adding international connection is also a significant element.

Traditionally, New Zealand had the disadvantage of being far away from major markets or population centers of the world, but his country is now is reaching out to connect with other countries, he said.

“There's less investment from Korea in New Zealand than expected considering Korea as the No. 10 economy in the world with huge investors overseas. That's an area where we think we can do a lot more,” he said.

He suggested enhancing cooperation in Korea's creative industry as an extension of tech cooperation such as gaming, films, and drama industry, seeing Koreans' love for games and Korea’s global presence.

Turner said that Auckland is developing an ecosystem of people skilled in the creative industry that would become a huge growth area between New Zealand and Korea. 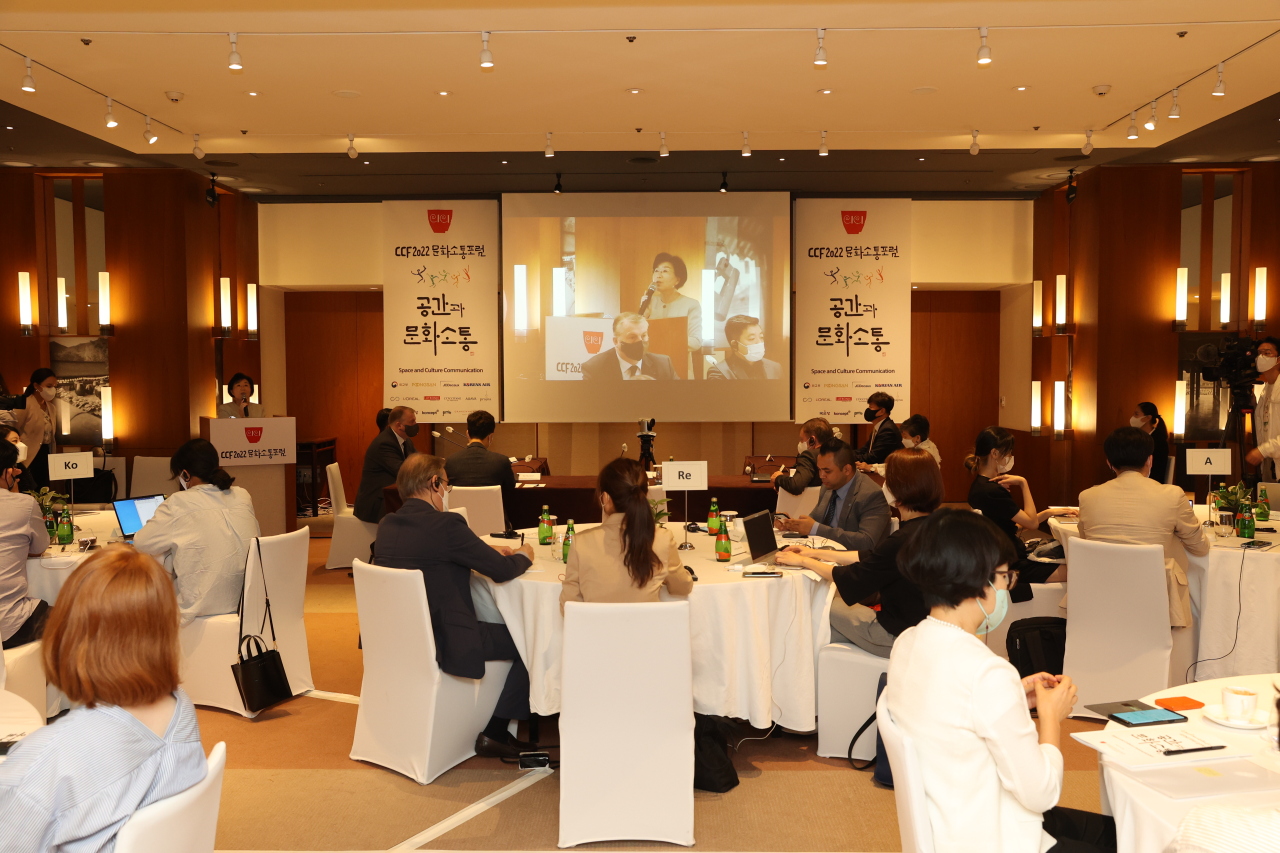 “Seoul in many ways, is a world leader in urban architecture and design,” said Turner.

He added that some people in Auckland, the biggest city in New Zealand, wanted the same kind of project to be constructed down a main street in the city where a small stream once flowed known as Queen Street.

“Some people say we should do what Seoul did, open that up and it can transform the inner city,” 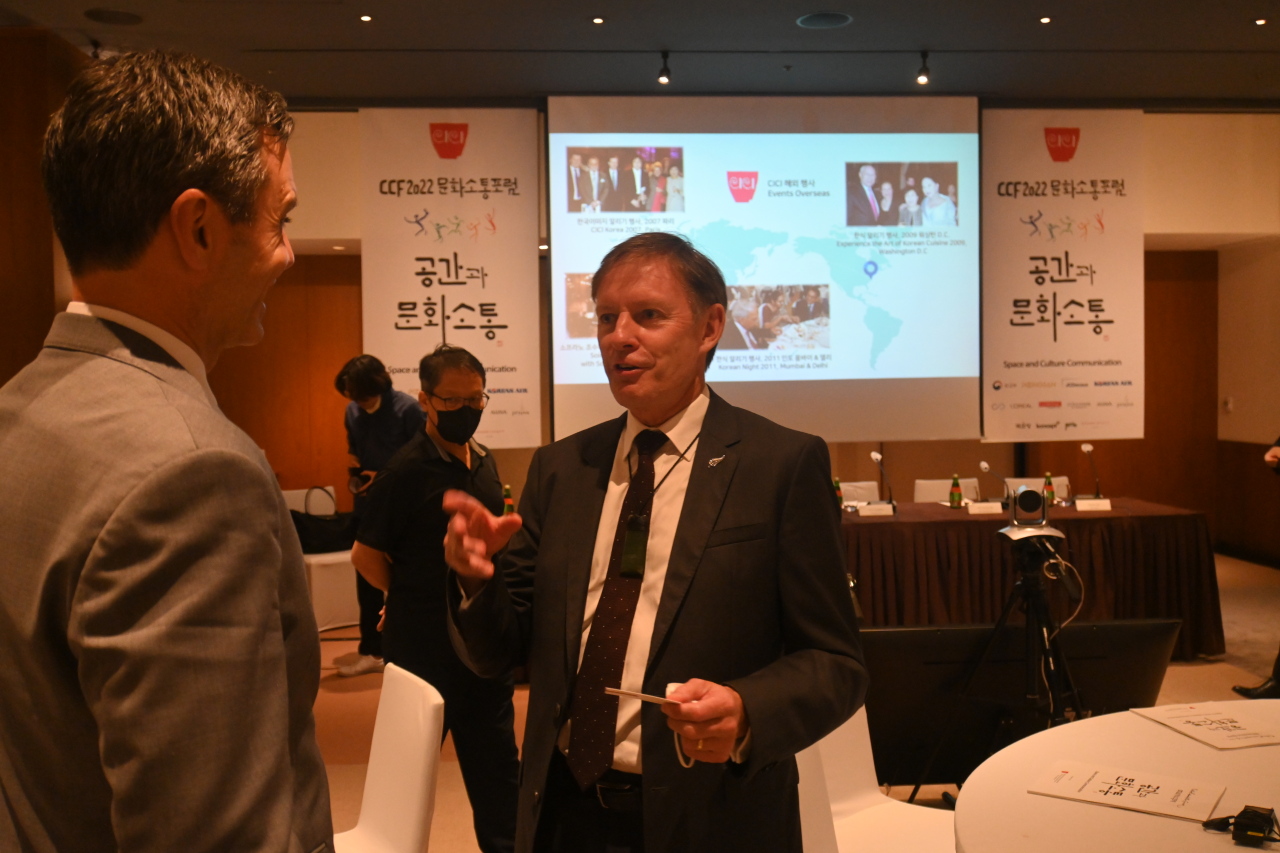 New Zealand’s Ambassador to South Korea Philip interacts with guests during break time at 2022 Culture Communication Forum hosted by the Corea Image Communication at Grand Hyatt Hotel in Yongsan-gu, Seoul, on Aug. 26. (Sanjay Kumar/The Korea Herald)
“In that sense, Seoul is very much a pioneer and innovative, which other countries look to for inspiration.” applauded Turner.

"New Zealand has Maori people invaded by the European settlers but unlike in Korea, the whites didn't go away, they remain in New Zealand,

"We have to reconcile these two parts -- Maori indigenous peoples’ heritages and the European heritage expressed in architecture and urban design as well," Turner said.

Seoul presents a model for reconciliation to New Zealand because like many countries, New Zealand also grappled with colonial legacy, according to Turner.

“It's very interesting to see people of Seoul dealing with two buildings, the demolished old administrative building and the City hall,” he said.