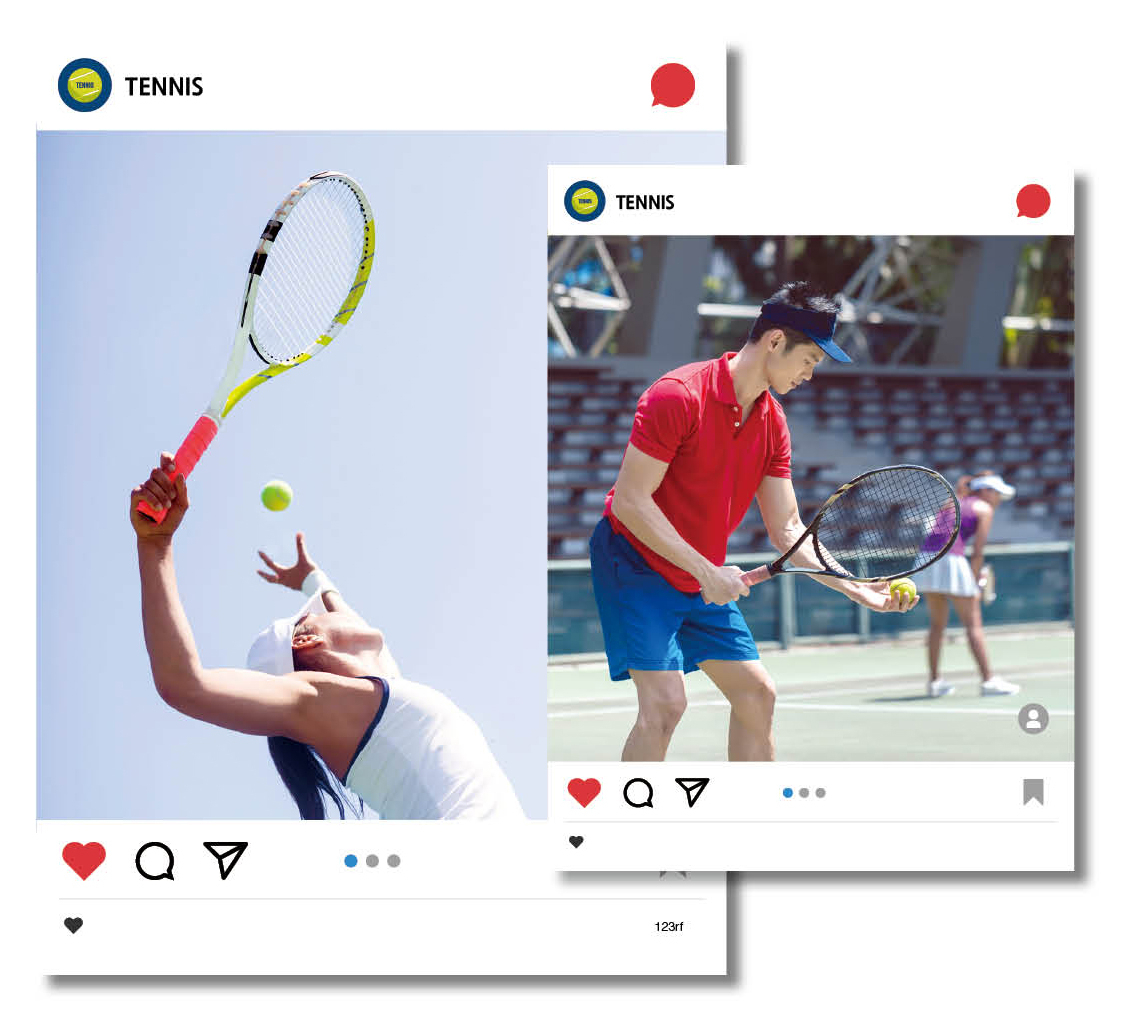 Tennis, once considered in Korea as a sport of the middle-aged, is gaining popularity among younger generations seeking a more affordable outdoor sport with more "Instagrammable" moments.

The COVID-19 pandemic contributed to its rising popularity as well. After a long period of the pandemic, people began looking for active sports that they could play with a small number of people, partly to sidestep social distancing measures.

Kim, a 31-year-old woman living in Seoul, says she started playing tennis in April, in part to lose the weight she gained during the pandemic.

“Tennis seemed like a more active sport and a lot cheaper than golf,” Kim added, mentioning another sport that recently saw a boom among younger Koreans.

Choi, another 31-year-old woman, said she has seen an increasing number of her friends play tennis recently, adding that the highly Instagrammable nature of tennis seemed to have encouraged many of her friends.

As of Tuesday, the number of Instagram posts related to the hashtag “tennis” in Korean reached 920,000, up from 880,000 at the end of July. Many of the posts show both male and female young amateur tennis players in attractive tennis clothes at Instagram-worthy tennis courts.

For such reasons, the number of tennis beginners seems to have greatly increased recently.

“There are around 150 tennis learners where I take lessons. Most of them are beginners who have played tennis for less than a year,” said Chung, a 41-year-old male who started playing tennis earlier in March this year, in Suwon, Gyeonggi Province.

“People I meet there are from different age groups, from teenagers to those who are in their 50s,” Chung added.

The number of searches for the word tennis in all age groups have been on a slight upward trend for the past few years. The search trend then showed steeper increases starting early 2022, in both younger and older age groups.

The number of searches related to tennis continued to grow between April and July, coinciding with the government’s decision to lift major social distancing rules on April 18.

Naver DataLab’s data also showed that the word tennis has also been searched more often among people aged 19 and 39, demonstrating their interests in tennis outpacing those from older generations.

“Even back in March, there were not many beginners. But by May, the number of beginners seemed to have surged,” Chung added. “Since then, it has become extremely difficult to even purchase the tennis racket I use.”

According to data provided by online shopping 11th Street, the sales of tennis products in the second quarter this year increased by 18 percent on-year.

Tennis has now become popular to the extent that people now have difficulties finding tennis lessons or courts around where they live.

Park, 39, who lives in Jung-gu, Seoul, said she tried to find a lesson but failed. She wanted to learn a sport that is more active than yoga, and she decided to learn tennis as more of her friends seemed to be taking up tennis.

“There was no lesson available at the moment, and even waiting lists were full," she said.

It is also difficult to find courts for pick-up games, especially in Seoul. Finding a court available after 6 p.m. is much harder as more people want to play tennis after work.

Those who are having difficulties finding available courts often join open chats in Kakao Talk messenger, where people upload courts that they have successfully booked and find people for pick-up games.

If someone makes a reservation in Seoul after evening, it only takes minutes to get a full member of four or six and several more on a waiting list. Even if the courts are slightly away from Seoul, they still seem to easily manage to get enough people to play doubles.

Park Yong-kook, executive director of the Korea Tennis Association, said the association estimates the number of tennis population to reach between 500,000 and 1 million now, up from some 200,000 people before the pandemic, with a huge inflow of people in younger generations.

The number of indoor tennis practice facilities also increased to 500 from 200 a year ago, in the greater Seoul area that includes Seoul, Incheon and Gyeonggi Province.

Park admitted that there are not enough tennis courts in Seoul, mainly due to high real estate prices. However, Park noted that the number of tennis courts on the outer skirts of the metropolitan area to meet the increasing demand. “Like golf, more tennis courts are being made in the suburbs,” Park said.

Park expected the Korean tennis boom to continue down the line. “There are many tennis beginners who began playing tennis, and they have already created their own communities. Those communities are expected to persist,” Park said. With more investment from private companies and an increased number of amateur competitions, the boom is likely to continue, he added.