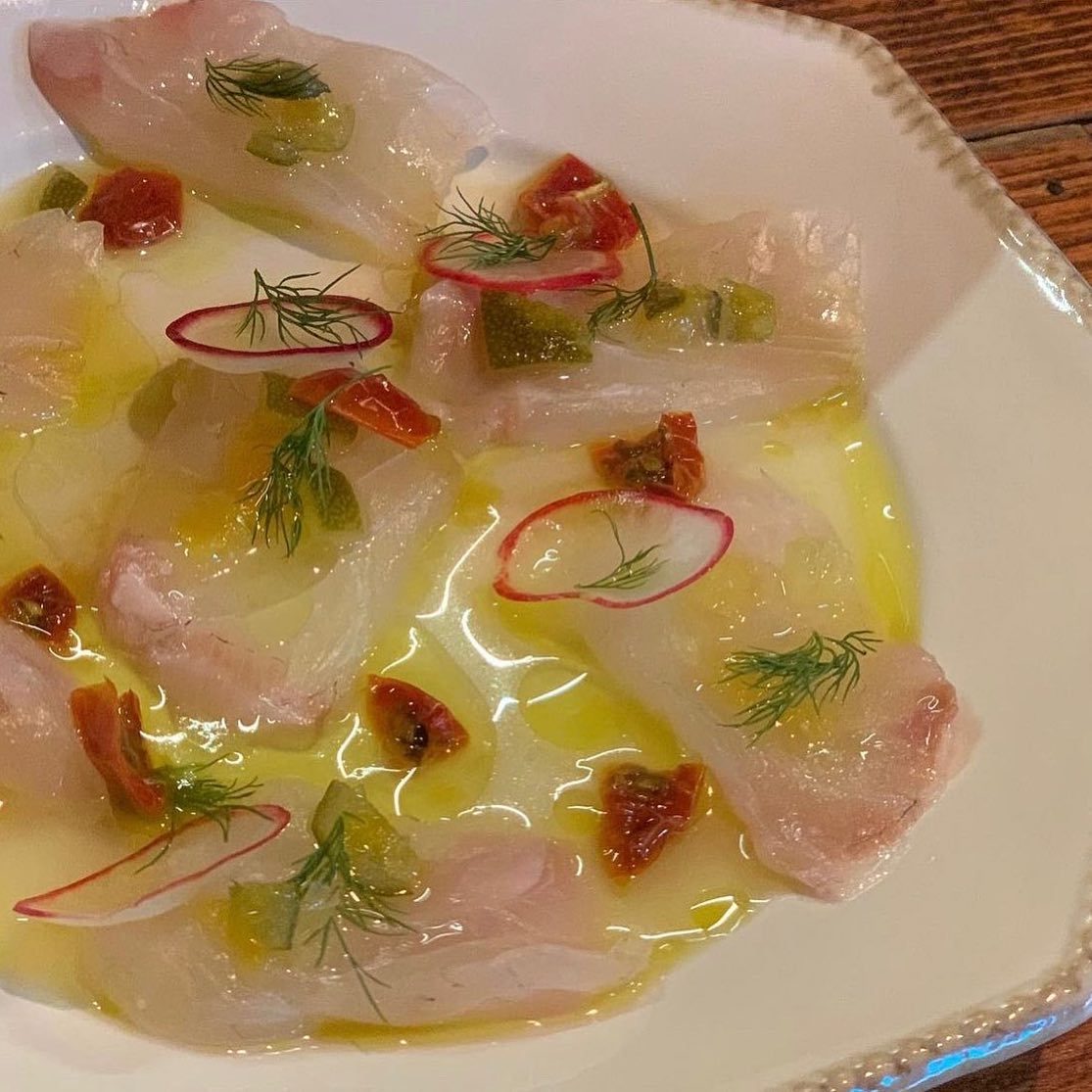 The owner-chef of Gochibi, an Italian fusion restaurant located in Seochon, one of the oldest neighborhoods of Jongno-gu in northern Seoul, was born and raised in Jeju.

Gochibi is a word from the Jeju dialect meaning “go family.” The small restaurant has fewer than 10 tables but offers a great range of tastes.

Using ingredients mainly sourced from the southern island, this restaurant offers Jeju-style interpretations of popular Italian dishes such as lasagna and risotto. 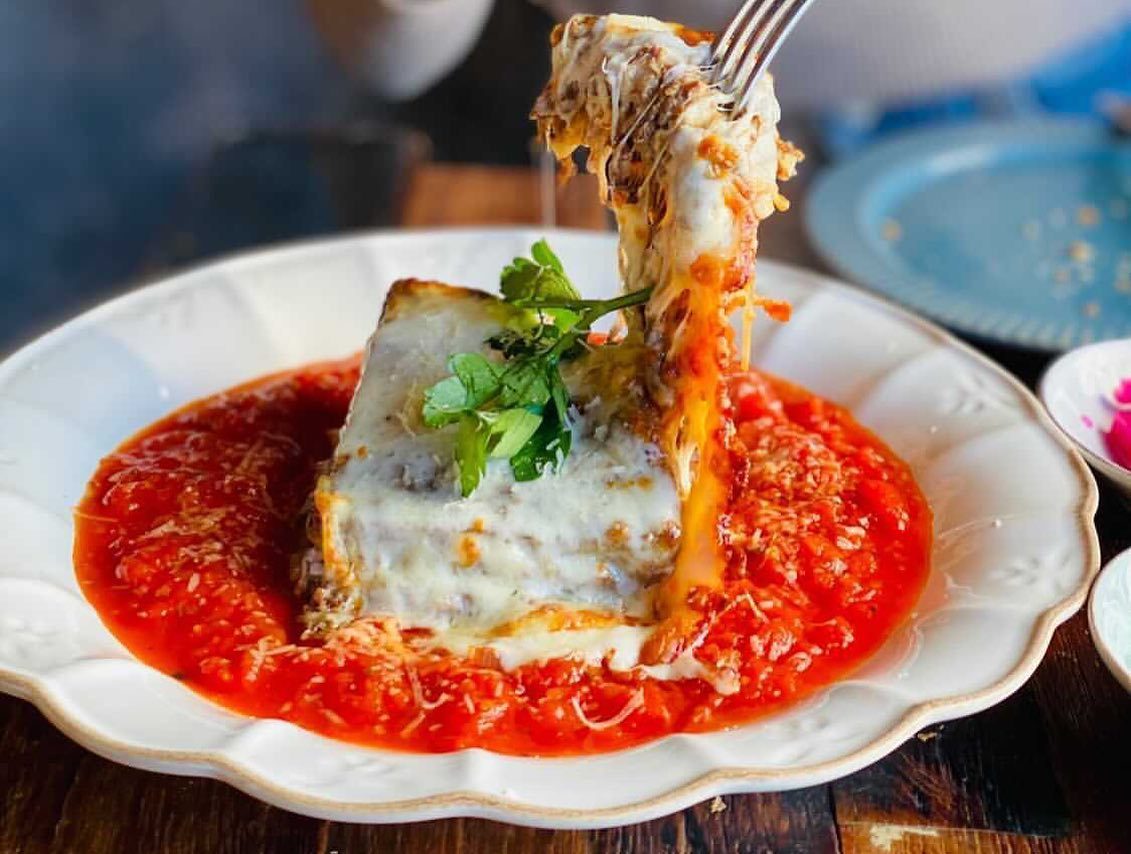 Lasagna made with Jeju black pork and Korean beef(Gochibi)
Its signature meal is the Gochibi risotto which uses a Jeju dish called momguk made with gulfweed. Pieces of crisply fried Jeju black pork are placed on top, adding texture.

A rich, flavorful broth made by boiling Jeju shrimp for more than 4 hours is used to make the ddacksewoo bisque oil pasta, which tastes sweet and smells of the sea.

For an appetizer, the butter scallops are popular. Four scallops come with asparagus and shiitake mushrooms chips with black truffle sauce.

The lasagna with Jeju black-based ragù sauce and croaker fish ceviche, only available in the summer, are also worth trying. 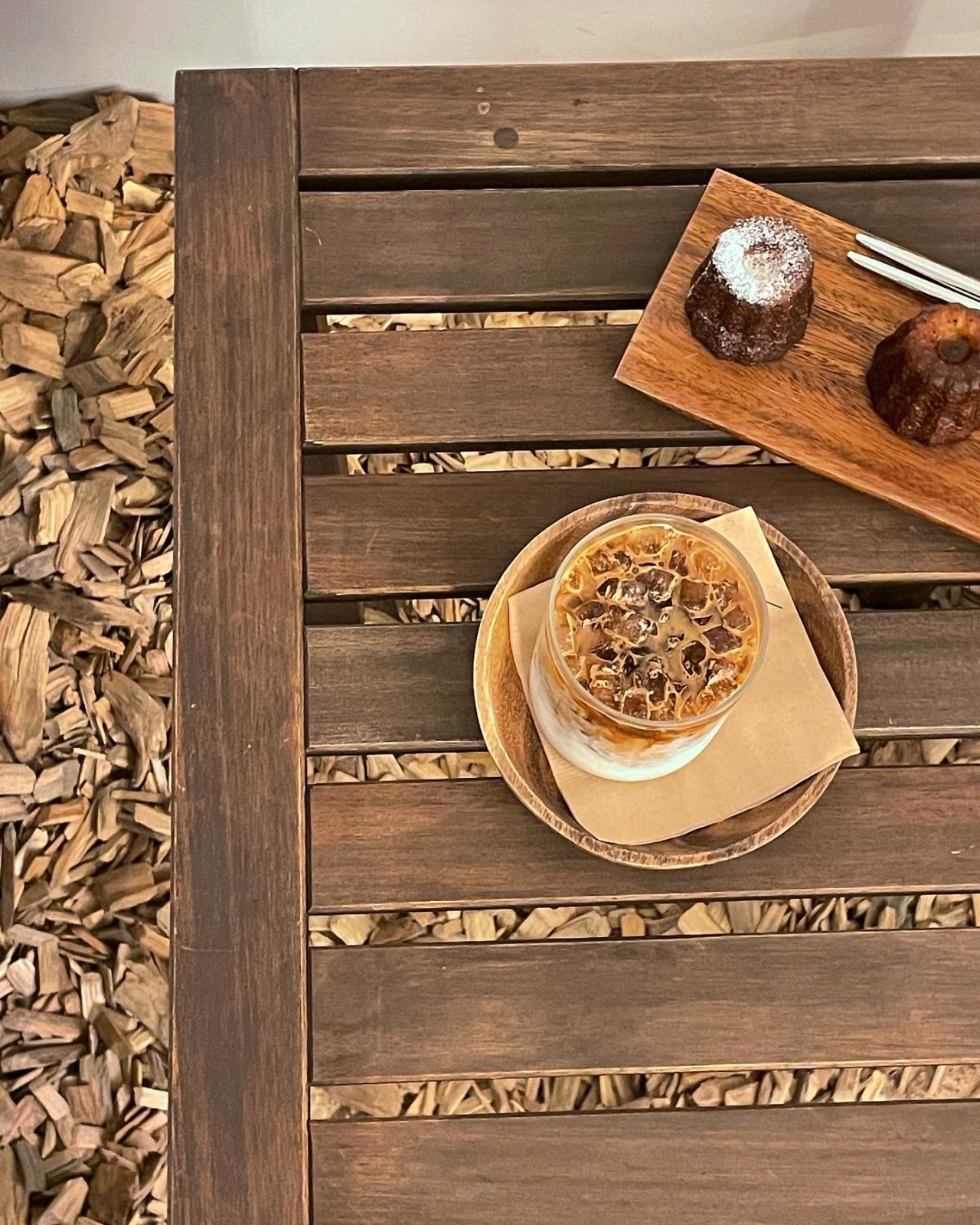 The name of the café evokes a nostalgic feeling of past trips to Jeju. It is a franchise chain with 40 locations across the country.

When you enter Rendeja-vous in Apgujeong-dong, you feel like you are taking a sunset stroll in a Jeju garden. It is decorated with ornaments and elements that bring back memories of Jeju trips, like traditional stone walls, reeds, feathers and wood pieces that diffuse natural scents.

Its low lighting interior and soothing ambiance create a moody atmosphere. Rounded gravel on the floor contrast with the square-shaped modern furniture of the restaurant. 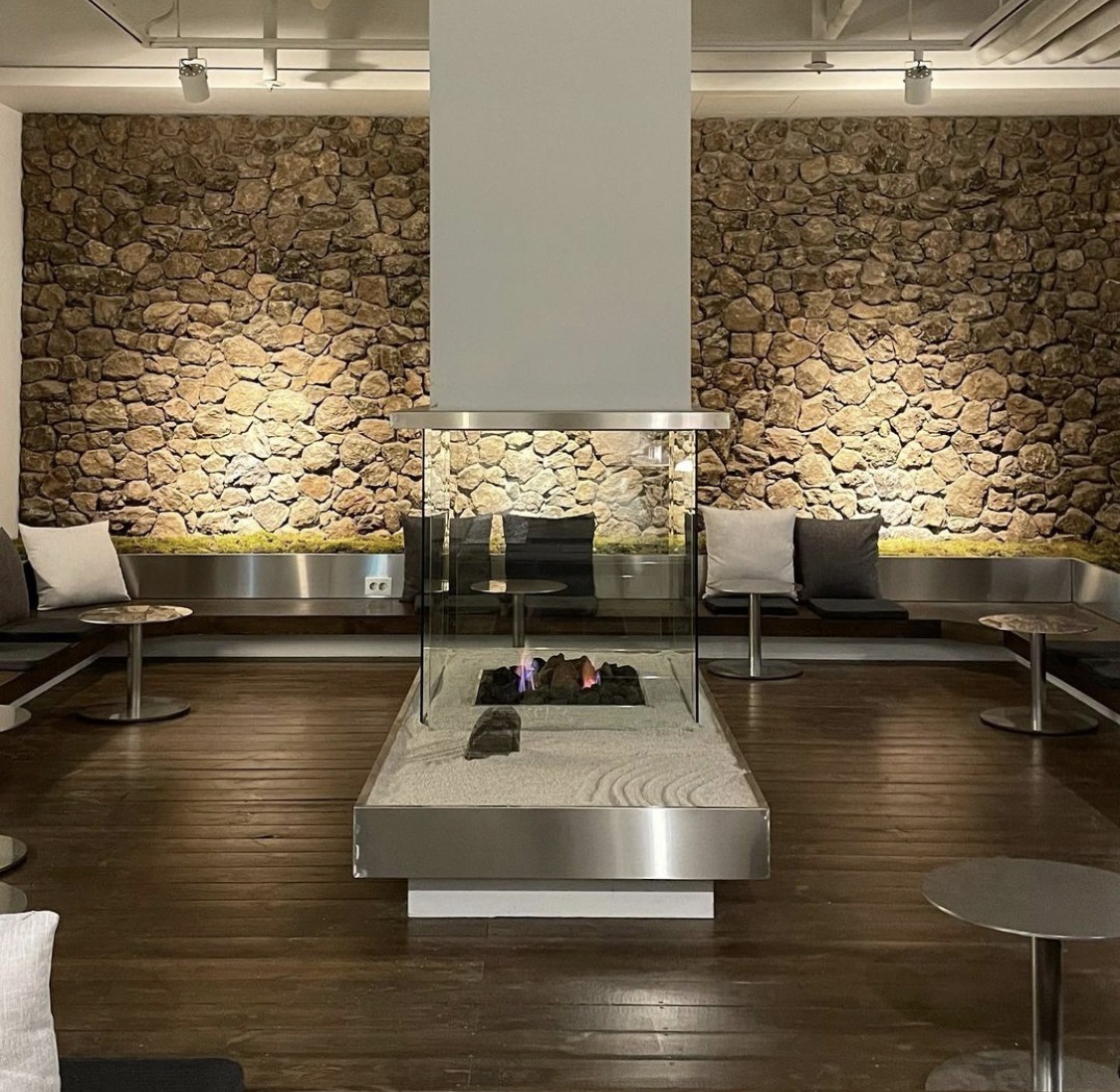 The bloethanol fireplace at Rendeja-vous (Rendeja-vous)
A bioethanol fireplace sits at the center of a large sitting space in the café, giving visitors a chance to enjoy a moment of “bulmeong,” a trance-like state one feels while watching a fire that is gaining popularity in Korea as a means of relaxation. It also has photo spots decorated with a chandelier and a big mirror.

Unlike the impressive interior, the café‘s beverage and dessert items fall short of expectations because most of them do not show off the unique taste of Jeju. The Jeju green tea latte and hallabong ade were the only items related to the island’s specialties.