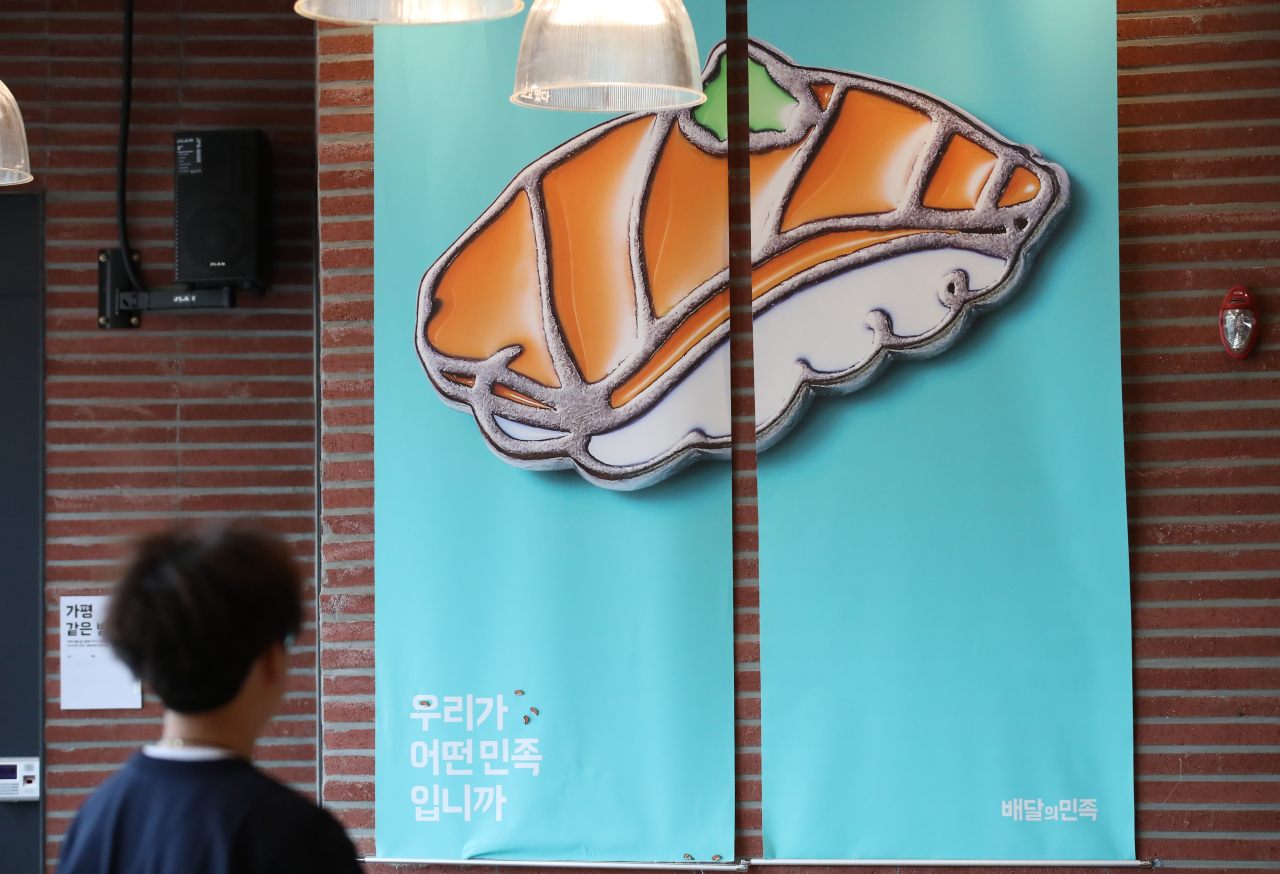 When food delivery platforms first emerged, they were hailed as an innovative new business that would bring convenience to our everyday lives.

With just a few taps, foodies were able to enjoy a wide range of dishes delivered right to their doorsteps. Small restaurants could reach a much wider pool of customers. People got jobs as delivery riders. Delivery startups were the darlings of the capital market, receiving huge investments.

But after a decade of living with Baedal Minjok, Yogiyo and, more recently, Coupang Eats, many seem to question whether these apps have improved things.

Kim Seung-june, 32, is skeptical after a recent experience.

Preparing for a housewarming party, he browsed the Baedal Minjok app for fried chicken and bossam, a Korean pork dish. The food from the two different restaurants came to a combined total of 50,000 won ($38.16), but the delivery charges amounted to one-fifth of that -- 10,000 won.

President Yoon Suk-yeol said Tuesday he will take special care of struggling citizens to prevent the recurrence of tragedies such as the recent apparent suicides of a mother and her two daughters.

Speaking to reporters as he arrived for work, Yoon shared the story of the family who was found dead at their home in Suwon, south of Seoul, after reportedly struggling with illness and financial difficulties.

"I have told the people until now that when it comes to welfare, which is the foundation of freedom and solidarity, I would pursue welfare for the weak rather than welfare for politics, and meet with the weak who are unable to express their difficulties in one voice and look after their difficult lives," he said.

"The central government will create a system whereby these people can be taken care of, and as president, I will pay special attention to struggling citizens and work with local governments to ensure such incidents don't happen again," he added.