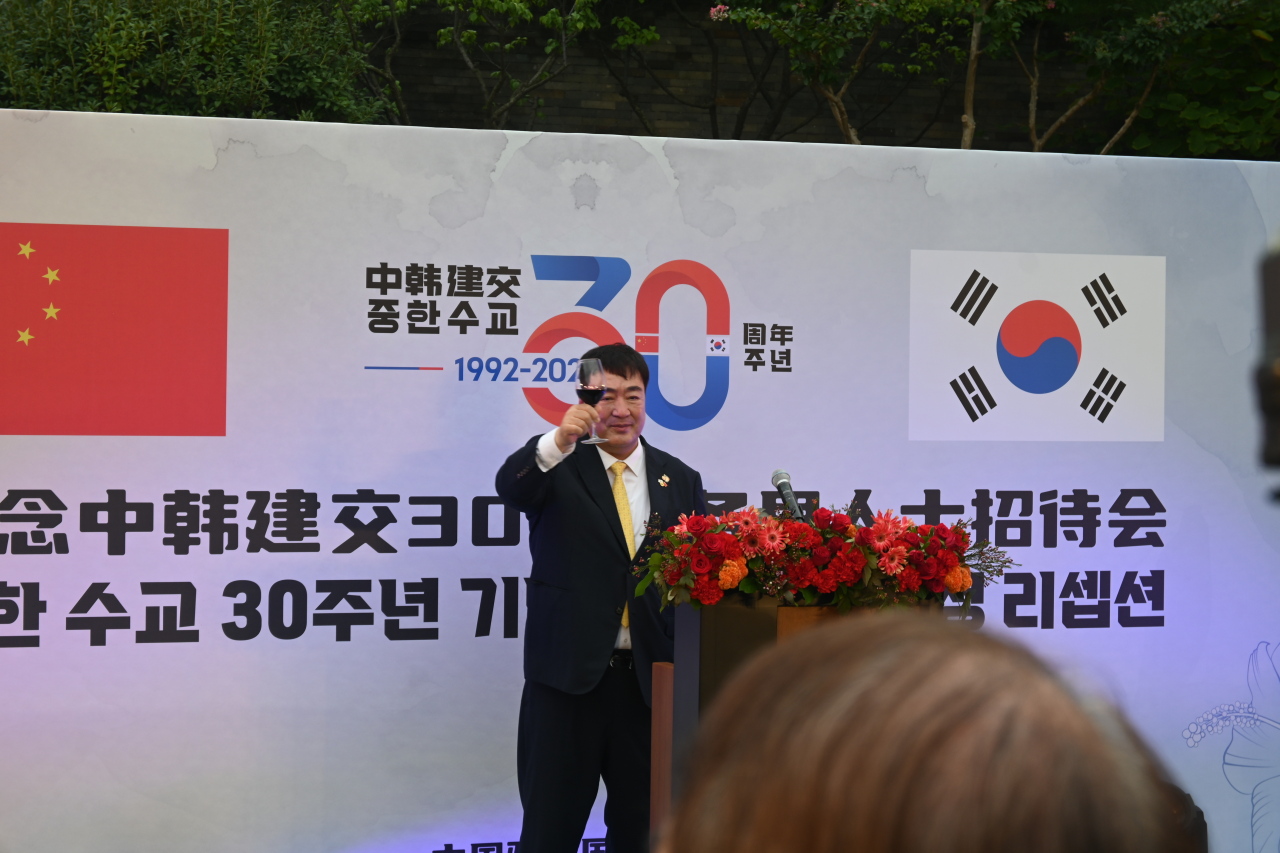 Chinese Ambassador Xing Haiming proposes a toast at an event to commemorate the 30th anniversary of China-Korea diplomatic relations at the Shilla Hotel, Jung-gu, Seoul, Monday. (Sanjay Kumar/The Korea Herald)
Speaking at an event to mark the 30th anniverary of bilateral ties in Seoul on Monday, Chinese Ambassador to South Korea Xing Haiming vowed greater developments with South Korea over the next 30 years.

Stressing the great importance China places on its relations with South Korea, Xing said that the two countries were at a critical stage of development.

He said that foreign ministers of China and South Korea weare set to deliver positive messages to each other at the commemoration of the 30th anniversary of diplomatic relations by attending a joint report submission ceremony of the Committee for Future-Oriented Development of Korea-China Relations.

“The report would signpost a direction to develop the future directions of bilateral relations,” he said. 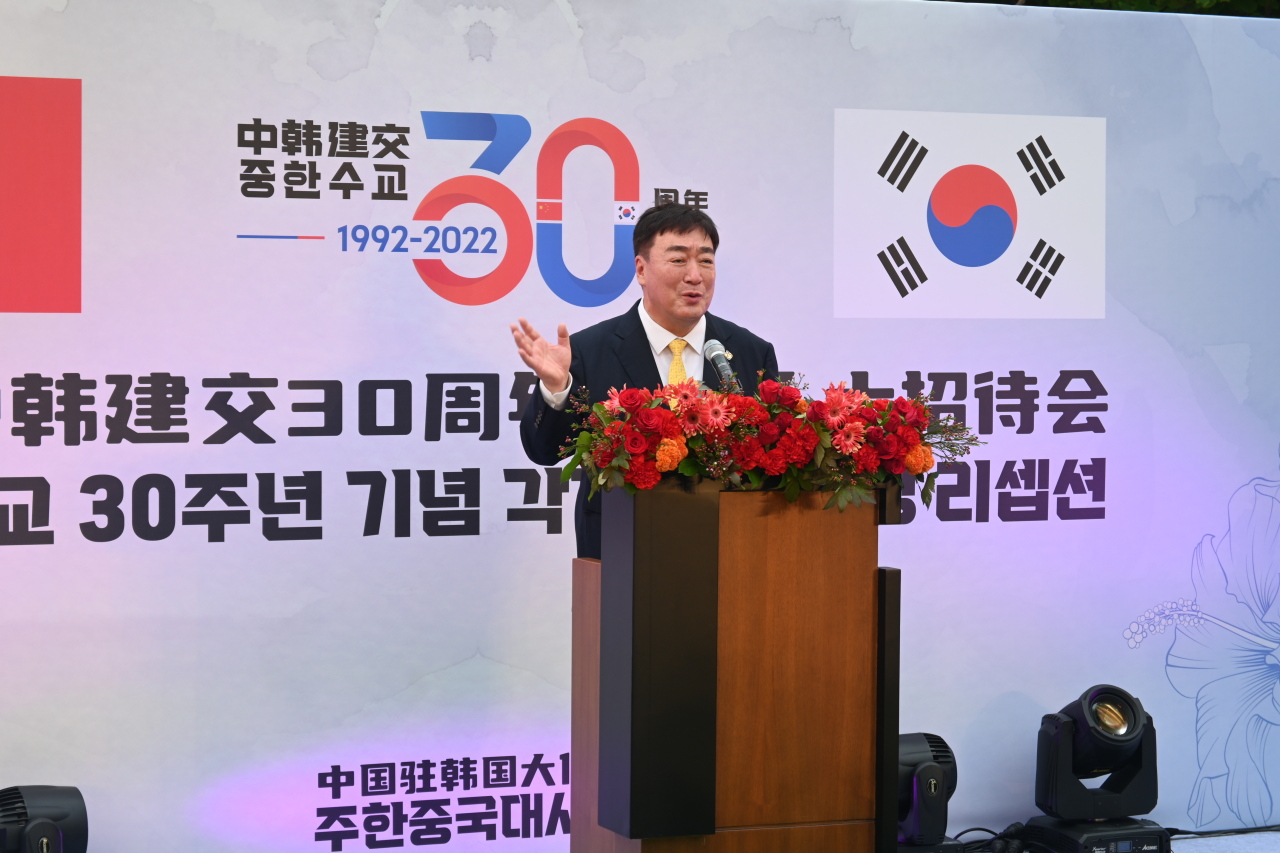 “Looking into the future, China and Korea have many common interests to deepen economic and trade cooperation, maintain integrity of global industrial and supply chains, and safeguarding international fairness and justice,” Xing vowed.

“China and Korea have a lot of room for cooperation in semiconductors, big data, and artificial intelligence.”

“The future of China-Korea cooperation has endless opportunities and promising prospects,” he added. 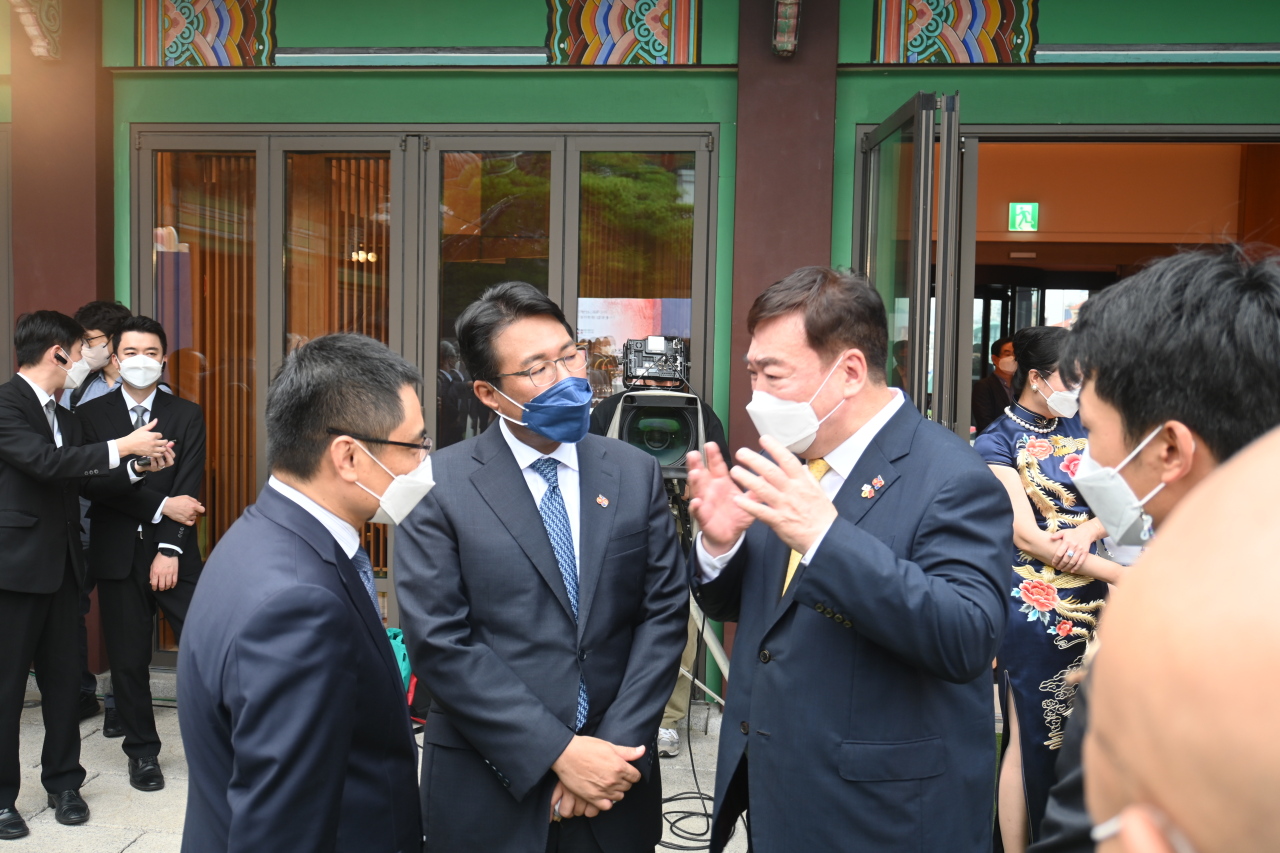 Xing said that China and South Korea are coordinating to safeguard multilateralism, free trade and a fair and just international order.

China-South Korea cooperation is already making an important contribution to promoting peace and stability, prosperity and development in the region and in the world, he underlined.

Xing described China and Korea as eternal neighbors going through development with new hopes and opportunities, while at the same time facing new challenges and obstacles.