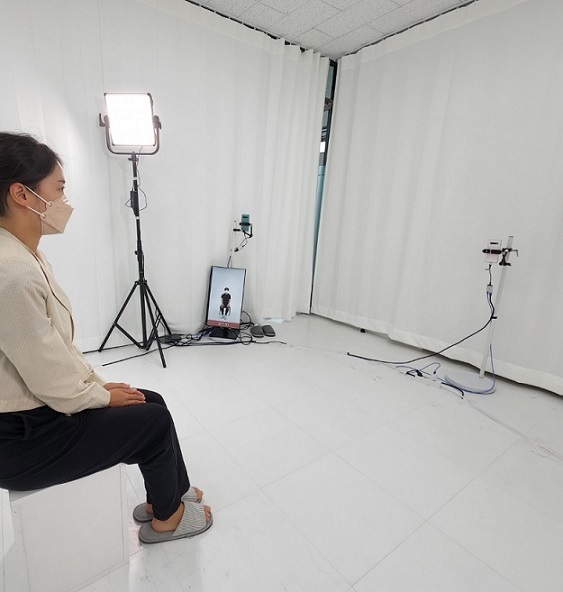 The Korea Herald reporter Choi Jae-hee poses for a photoshoot at a studio run by Altovision located in Geumcheon-gu, southwestern Seoul on Aug. 3. (The Korea Herald)
Advances in artificial intelligence require countless hours of human work, not just from engineers and IT professionals, but also a massive input of lower skills.

But for the development of an AI-powered virtual dressing room, hardly any skills were required. All you are asked to do for a daytime gig as an AI fashion model is to bring yourself and 10 pieces of your own clothes or other fashion items for a photoshoot.

On Aug. 3, I was among several female models who had a photoshoot inside a white cube at a studio run by Altovision located in Geumcheon-gu, southwestern Seoul. Altovision, a company specializing in the creation of training datasets for AI, needed photos of people wearing various clothes and fashion accessories to be used for building virtual clothes try-on software.

Before the photoshoot, I was asked to sign a legal document that permits companies to use my pictures for business purposes.

I had brought three jackets, three tops, two dresses and two pairs of trousers, all of which I wore.

The all-white room had three cameras installed, capturing me from the front, left and right. An official sat outside the room in front of a desktop computer, checking the images taken and occasionally giving me directions. I was told to imitate certain poses shown on a screen in front of me. 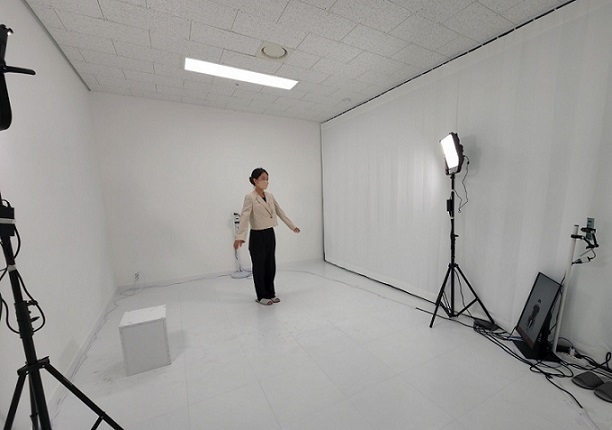 The Korea Herald reporter Choi Jae-hee poses for a photoshoot at a studio run by Altovision located in Geumcheon-gu, southwestern Seoul on Aug. 3. (The Korea Herald)
The photo session lasted four hours and more than 300 pictures were taken.

“Virtual try-on technology allows customers to visualize how items may look on their faces or bodies before making a purchase. Whether the software can present a natural-looking mock-up of the given item on the face or body of the customer is critical,” said Oh Joo-yang, a director at Altovision.

“Employing the data collected from the models’ images, an AI-based virtual fitting platform would be able to offer a reliable and realistic fit visualization,” he explained. 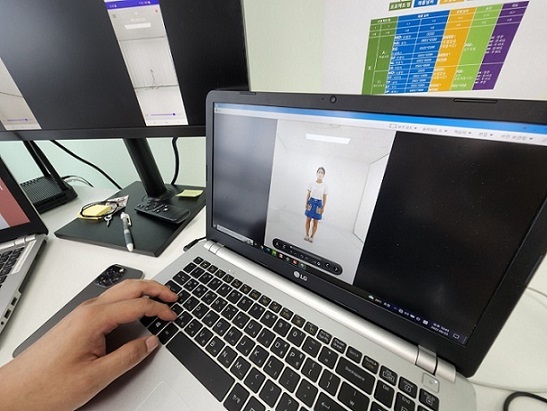 An Altovision official checks photos taken. (The Korea Herald)
Recruitment of models is done via online job portals, such as Albamon.

Recently, a young woman came in with a large collection of sunglasses and had a photoshoot just for that, Oh added. 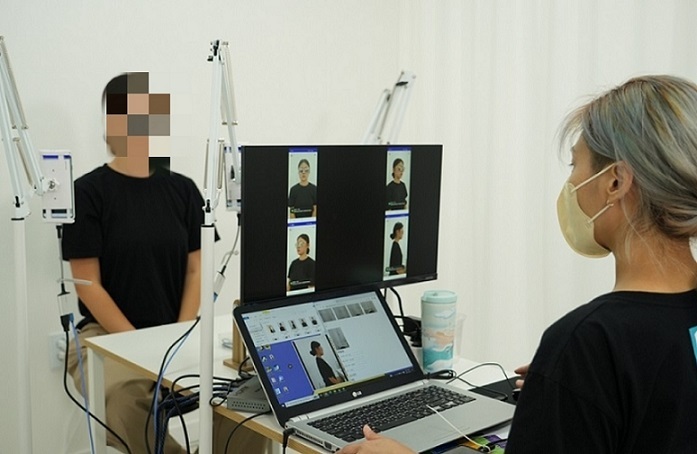 A female model in her 20s poses for a photo with sunglasses on. (The Korea Herald)
The pay for the day’s four-hour modeling work? One hundred and twenty thousand won ($91). Not bad at all.