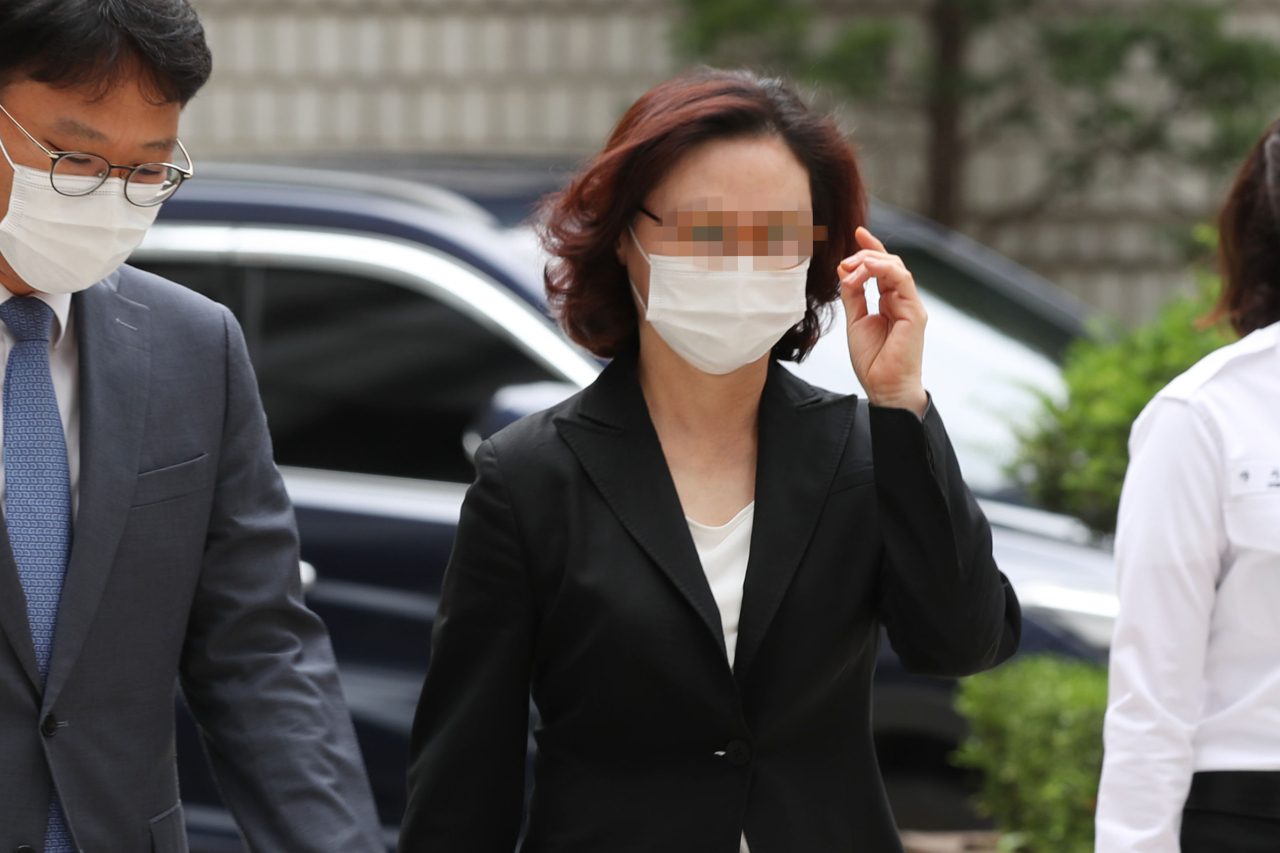 Prosecutors will determine this week whether to suspend the prison term of former Justice Minister Cho Kuk's wife, who was convicted of college admission fraud involving their daughter and financial misconduct, sources said Wednesday.

The Seoul Central District Prosecutors Office will hold a meeting Thursday to determine whether to grant a request by Cho's wife, Chung Kyung-sim, to suspend her four-year prison term for health reasons, according to the legal sources.

Chung, a former professor of Dongyang University, has been serving time after receiving the sentence from the Supreme Court in January on charges including forging a presidential citation from her university and getting a false internship certificate to use for her daughter's admission to a medical school in 2013.

Chung filed the suspension request early this month, saying she needs urgent medical operations due to multiple falls she has suffered inside the prison.

The prosecution office is expected to make a decision on the request Thursday. (Yonhap)