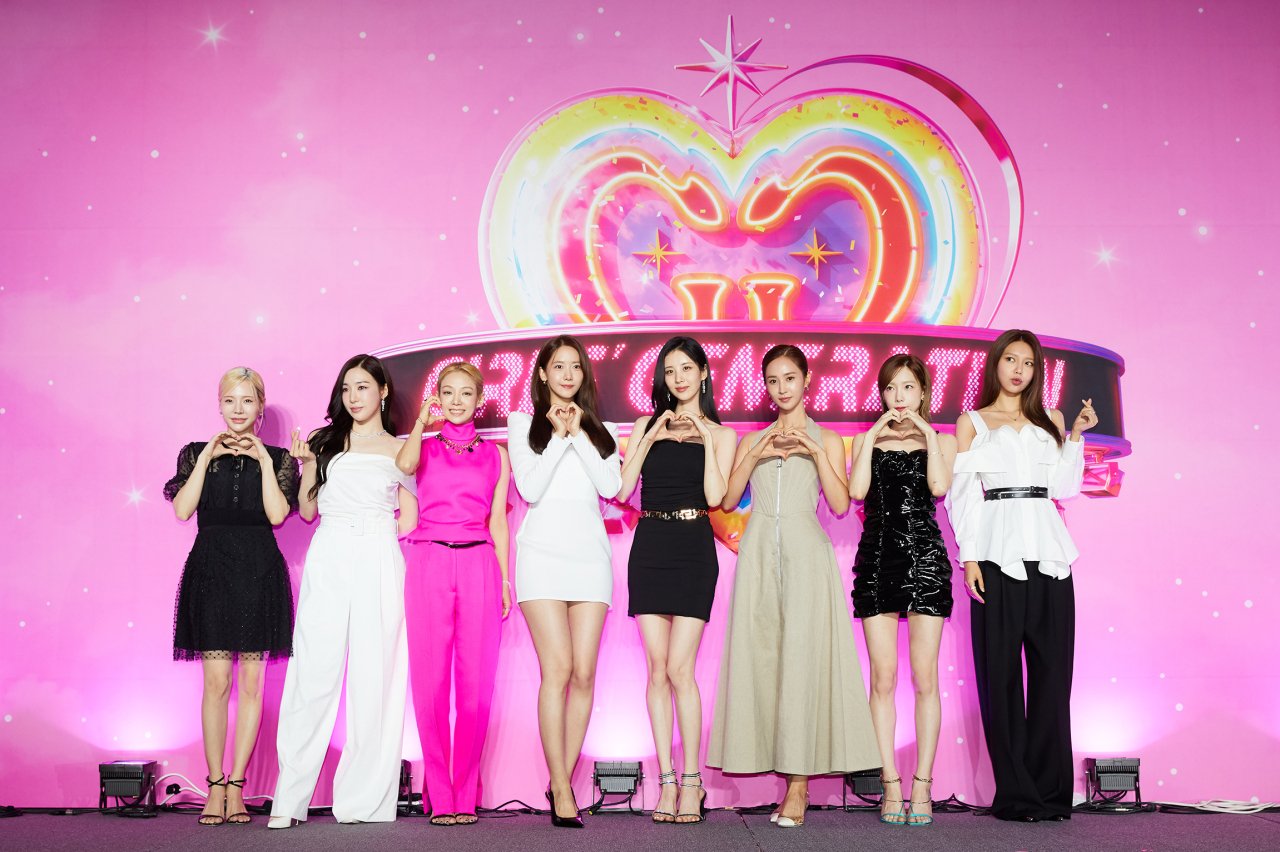 [1] Just like the title of the band’s first single, “Into the New World,” Girls’ Generation opened up a new era in the K-pop scene with their debut on Aug. 5, 2007. The nine-piece instantly took the nation by storm, reigning on the top of the charts and popularity for years.
*nine-piece: 9명의 (밴드)
*take by storm: 마음을 사로잡다, 넋을 잃게 하다, 인기를 얻다
*reign on: ~위에서 군림하다

[2] Starting their careers together as K-pop musicians in their early teenage years, the girls are now all women in their thirties with established careers of their own. During their hiatus from group activities, the eight bandmates have strived to set down their own roots as musicians and actors -- and have now returned together on a stable ground. Not only did they feel happy to be together, they also realized how much they’ve all grown as individual entities.
*established: 확실히 자리 잡은
*hiatus: (행동의) 중단, 틈
*strive: 분투하다

[3] Fifteen years as a group is something that cannot be maintained just for the sake of business. During the press conference, the members shared their heartfelt gratitude to everyone who waited for their comeback, and to those who put their minds together to make this miracle happen.
*for the sake of: ~를 위해서, ~때문에
*heartfelt: 진심어린
*gratitude: 감사함

1. As Beijing rages over Taiwan, mood on China's streets muted

[3] China sees Taiwan as part of its territory and has vowed to one day take it, by force if necessary, with the self-ruled island’s eventual reunification and absorption into the mainland an article of faith for many Chinese.
*eventual: 궁극, 최종적인
*article of faith: 신조, 신념

[4] “I'm not too worried because I know it won’t happen... whoever turns to force first (over Pelosi’s visit) will be in the wrong,” said Zhao, a 29-year-old Beijing resident who only gave his surname.

“Many Chinese hope for reunification with Taiwan. This is an idea that‘s been instilled since childhood and is seen as politically correct,” Zhao added.

“But there has been less in-depth discussion, because the Internet does not allow for diverse views and offline talks can easily land in conflict.”
*instill: 주입시키다, 심어주다
*in-depth: 상세히, 심도있게