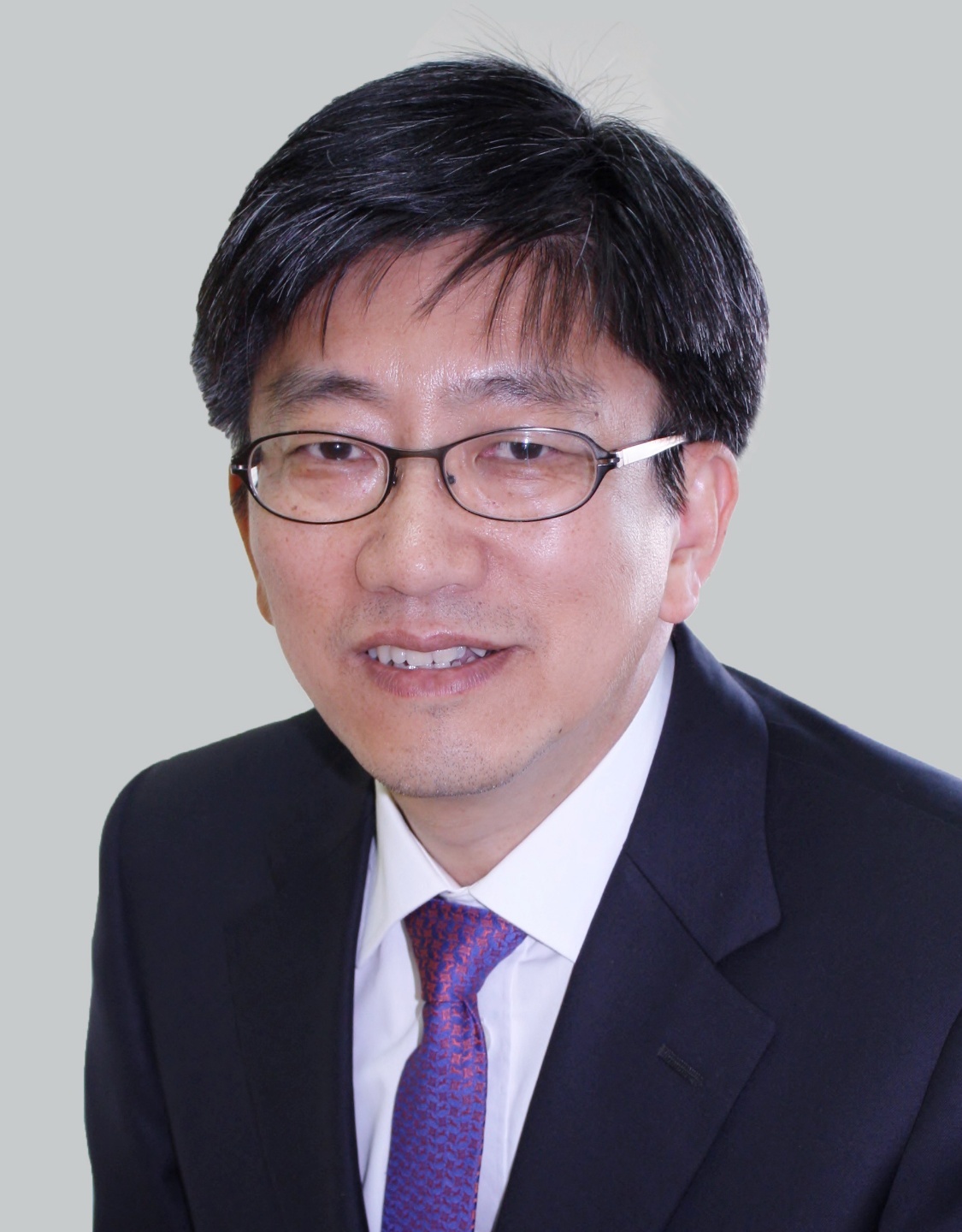 Lee Hee-jin, a professor of the Graduate School of International Studies in Yonsei University and director at the Center for Converging Industries and Standardization in the same University.
By Hwang Jae-ho

The United States is continuing its strong stance on China policy, even after the Biden administration took over, and China is also setting up its technology independence strategy. Under the flow, the technical standard to secure the nation’s industrial competitiveness for the future is becoming more essential. In that sense, the world of international standards is going through a silent war. In the second half of 2022, the International Telecommunication Union (ITU) and ISO (International Organization for Standardization) are holding elections for their leaders.

The US and Russia are fielding candidates to head the ITU, while candidates from Korea and China are competing for leadership of the ISO. These upcoming elections are critical in the sense that they are part of a process where the US-China competition over the technological hegemony continues, and as an influential effect on the further drifts. What is the fundamental reason that these international standard institutes’ elections are drawing attentions from the entire industrial world, international strategies and diplomacy, and geopolitical experts? What opportunities and meanings would it bring for Korea? This week’s discussion invites two experts from Korea and China to seek for the answers. We have professor Heejin Lee from the Graduate School of International Studies in Yonsei University, who is also the director of the Center for Converging Industries and Standardization in the same university. We also have Ping Gao, a senior lecturer at the University of Manchester’s Global Development Institute. He specializes in information technology innovation and development policy, especially in China.

Hwang: What exactly are the technical standards and the international standards? Please give us more details.

Lee: Rather than giving a definition, some examples will be helpful to intuitively understand what they are and their functions. Let’s think of electric plugs and USBs. The former is an example of an unstandardized item; the latter shows the value of standardization. Whenever you pack for overseas travel, you may have at least once imagined how convenient it would be if we could have a global standard for electric plugs. That’s what we see in USB. In the past, there were so many different shapes of plugs to connect different computing devices such as PCs and printers. Now we can enjoy the convenience of globally standardized USB. We also imagine that the company that developed the USB technology dominates the market where the standard is widely and inevitably used by users, and can control the development path of related technologies in its own favor. In short, technical standards provide interoperability, and most of all, reduce costs, particularly in trade. They can also influence the trajectory of future technologies to the technology owner’s advantage.

Gao: From the viewpoint of standardization scholars and practitioners, a standard for a technology system defines its overall technical architecture and specifies interfaces among its components and subsystems. A technical standard provides a legitimate choice for the market. An international standard refers to a standard accredited and published normally by SDOs (standards development organizations) such as ISO, ITU, and IEC (International Electrotechnical Commission). It is used in international markets. The role and characteristics of standards are recognized by Chinese state leaders. President Xi Jinping underlined “standards have become the common language of the world.” So developing and owning an international standard means that your language is used across the world.

Hwang: What could be China’s thoughts underneath its active involvement in international standardization organizations?

Lee: China has been successful in becoming a world factory. It was achieved by being integrated into the global supply chain. Chinese firms learned “standardized” modules designed by global firms and made products accordingly. They found out that this way they ended up in a so-called “technology trap.” Once they pay license fees for intellectual properties, the margin is too thin. Behind standards often embedded are patents, called SEPs (standards-essential patents). Once you become a standardized module producer of the global supply chain, you are locked in and can only earn razor-thin margins. One of the ways to get out of the trap is to develop (your own) standards along with intellectual properties. For this reason, China has been actively participating in international standardization activities since early the 21st century. The core of the idea is concisely expressed in a maxim often mentioned within China’s policy and business circles: “The third class firms make products; the second develop technology; the first set rules, that is, standards.”

Hwang: Could you explain more about the development of China’s national standardization policy?

Hwang: How high have Chinese standards reached so far?

Lee: Not just taking the leadership positions of SDOs like ITU, IEC and ISO, the number of technical committees (TCs) chaired by Chinese experts is increasing a lot. TCs are the front line where standards are actually made in each industry or technology within those SDOs. The number of submissions by Chinese firms and experts has also rocketed over the last decade. There are different views on Chinese standards. One says that despite the high numbers of Chinese participants in international standardization venues and of those submissions made by them, the quality is low. As they are funded by the government and evaluated by quantitative measures, they just submit as many proposals as possible. The other argues that it is a process of learning, and that some of the standards proposed by Chinese firms/experts reach high quality. 5G is a good example. After almost 20 years’ efforts in ICT standardization, China made an achievement at last by overtaking the US. in mobile communication technologies. China’s lead in 5G is attributed to leading 5G standardization; about one third of SEPs are held by Chinese firms like Huawei. China’s lead in 5G standardization alerted the US and other countries. Unless something is done, it might be repeated in other emerging technologies.

Lee: For China, technical standards are not just a tool of competitive advantage in industrial and economic levels, but a strategic vehicle for setting a new geopolitical order. China aims to become a rule maker, not just following rules made by others. In the Belt & Road Initiative, standardization is a key pillar. China tries to promote Chinese standards in the countries along the road. Due to the power of standards, they will be able to lock-in the economies once they adopt Chinese standards. The famous project called “China Standards 2035” -- though its report is not published -- reveals a clue of China’s vision for standardization. It is a sequel to “Made in China 2025.” While the 2025 pursues dominance in the production of goods, the 2035 aims to control the rules of production and trade systems. Reportedly it envisages a national strategy to set standards in emerging technologies. China aims to become the designer of the whole system that makes governing rules for technologies, not just a module participant.

Hwang: I wonder how the other countries are responding to China’s active engagement in international standardization?

Lee: To begin with the US, it considers China’s active approach to international standardization as a threat to the international order. They say that China is “dominating” international SDOs. Among the three biggest international SDOs, the heads of ITU and IEC are Chinese. China has applied for the president of a third SDO, that is, ISO, where a Korean candidate is also competing. An increasing number of TCs, where standards are actually made by experts typically representing their country, are managed and chaired by Chinese conveners. They may influence one way and another the processes and outcomes of standardization. If the dominance is left unattended, standards and global rules are made by China. The US “securitizes” technical standards, particularly in digital technologies; China’s dominance in the international standardization regime which has been traditionally ruled by the Western bloc is a threat to national economic security. For this reason, the US returns to the international SDOs. For example, Biden strongly endorses the American candidate for the ITU Secretary-General. The position has been maintained by the Chinese SG for the last 8 years.

Hwang: What could be China’s response to these different views?

Hwang: Are there any particular move that China is taking domestically?

Gao: Chinese policymakers are described to protect national interests in technology in the face of global powers, adopting techno-nationalism which nurtures domestic innovation. It involves promoting domestic technological advancement along with globalization in pursuit of independence from foreign technologies. However, this is the strategy for catching up. China’s domestic standardization system is undergoing reform. My research also found China is decreasing the state control on standardization, and changing from state-control, to state-support, and finally reliance on market mechanism. I agree that more involvement of China is still needed in the future, due to its huge market, strong technological capability and high standardization level.

Hwang: What was the motivation that triggered China to apply for the ISO president election, given that it already has held the president in the past and the head positions in other SDOs like ITU and IEC?

Hwang: Given the circumstances surrounding the geopolitical competition for technical standards, what is the significance if the Korean candidate is elected?

Lee: The coming ISO presidential election gives us a new opportunity of an unprecedented nature. It is often said that Korea now, as a developed country, should contribute to, and even lead in, global rule-making. In international SDOs like ISO, a substantial portion of global rules are made. That is why China is keen to take the leadership and many other countries concern whether the international standardization would be controlled by a specific state. The countries need to cooperate to renew and/or form multilateral practices for rule makings and standardization, particularly in emerging technologies. In that sense, we will be in a good position to initiate such endeavors because we are leading in some of those technologies. Having an ISO president will give us advantages in stepping out the first step towards a global rule maker.

Hwang: What is Korea’s current stance under the competitive flow? And what could be done by the Korean government after the election?

Lee: The inclusion of “Open RAN cooperation” in the Korea-US summit statements in 2021 and 2022 in a row symbolically shows a delicate situation of Korea in the standards rivalry between the US and China. Open RAN is a kind of standards project designed to weaken China’s dominance in 5G, which basically means that the project is politically motivated. Compared to how the 2022 US-Japan summit statement includes a whole separate Open RAN section, the fact that Korea-US summit statement mentions it in one sentence represents the reality. Moving on, in terms of ISO/ITU election, it seems that its meaning is not fully recognized in Korea. Technical standards are a key pillar in national technology strategies and have been upgraded to a theme for geopolitics. Therefore, an integrated approach across the government is necessary because it is not a matter of an individual agency or ministry any more. We need to understand why the entire US government officially and expressly endorsed the US candidate for the ITU Secretary-General since June last year, when the election is coming this October. At the same time we need to pay attention to why China makes another attempt for the ISO presidency despite the concerns of the international standards community.

Hwang Jae-ho is a professor of the Division of International Studies at the Hankuk University of Foreign Studies. He is also the director of the Institute for Global Strategy and Cooperation. This discussion was assisted by researcher Ko Sung-hwah and Shin Eui-chan. – Ed.