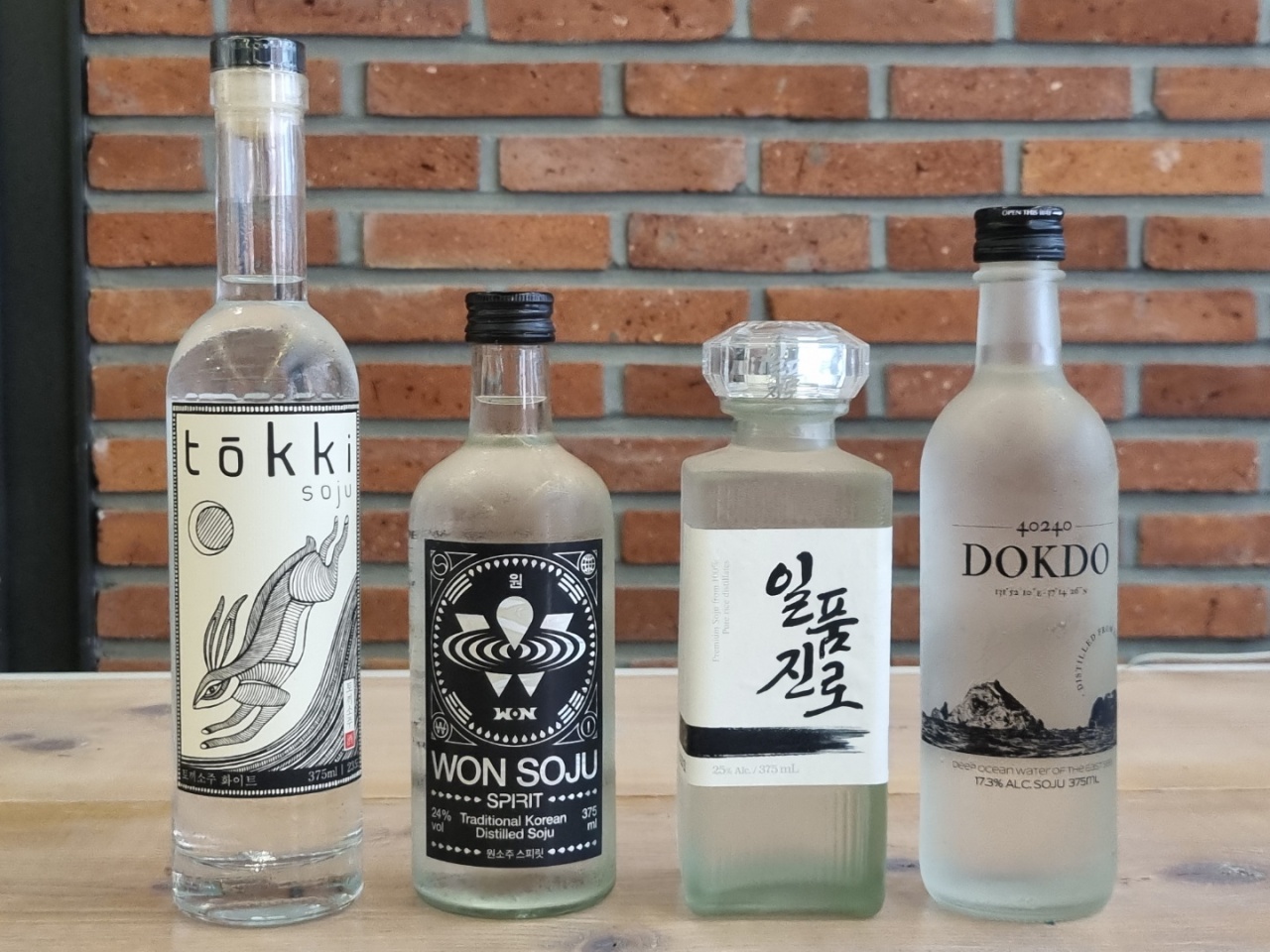 For long, the vodka-like liquor has been loved for its accessibility (a bottle costs just about $1) and versatility (think of the boilermaker known as somaek or all the other variations). But these latest renditions are far more special, aiming to create a new subgenre of soju.

Questions remain about whether the premium versions will be more than a passing fad, winning over the hearts of soju lovers who are accustomed to cheap green bottles.

Reporters and editors at The Korea Herald tried four different types of premium soju you can get from convenience stores to find out their pros and cons. 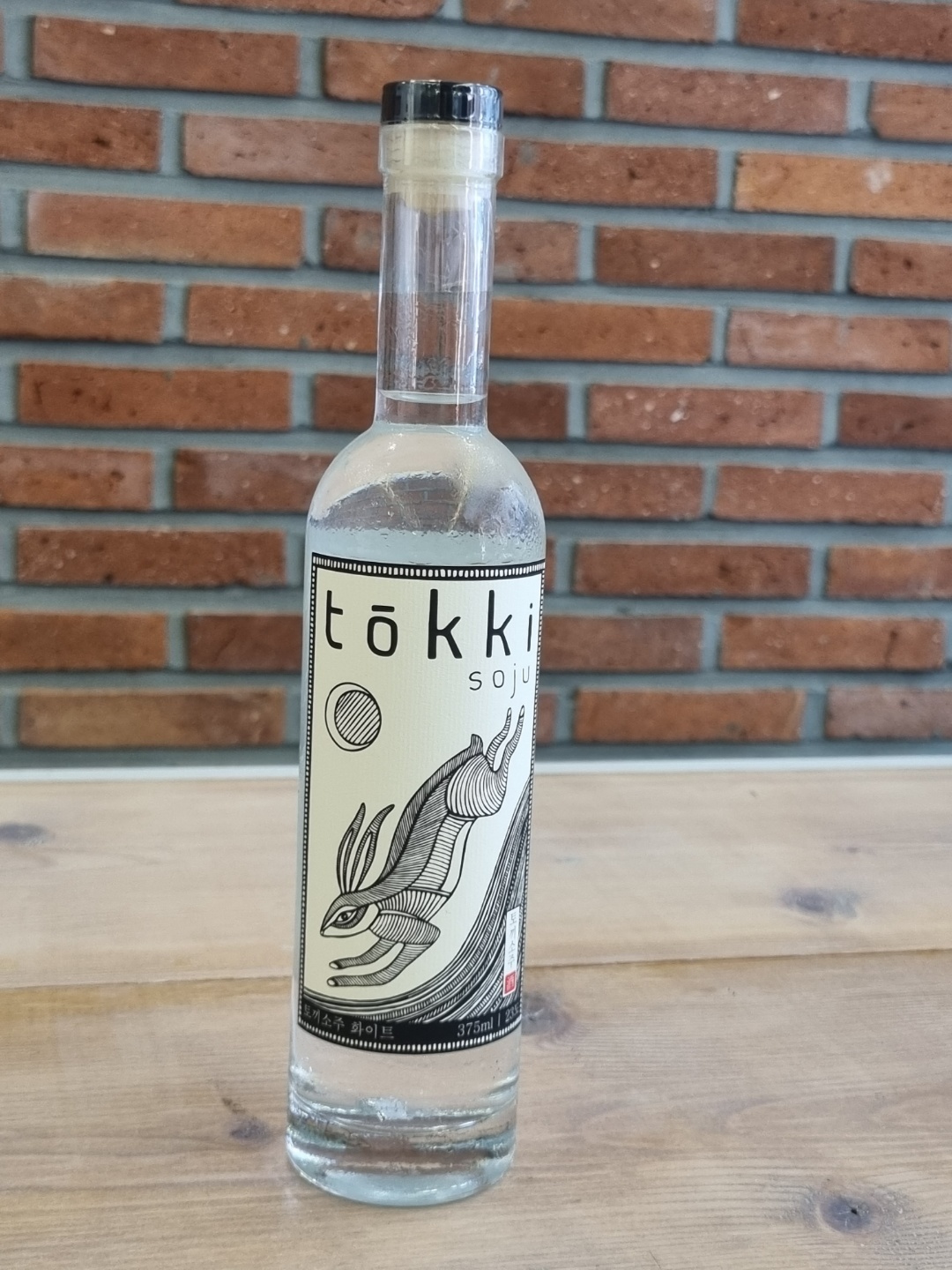 
Tokki Soju, the first traditionally-crafted rice soju made in the United States, is the brainchild of American distiller Brandon Hill. It is named after the Chinese zodiac animal for the year 2011 -- the rabbit, or “tokki” in Korean – which is the year he learned how to make soju in Korea.

He saw the demand from high-end Korean restaurants in New York to find traditional quality soju to be paired with their dishes.

Unlike green bottle soju brands, which use any kind of cheap starch such as tapioca, sweet potatoes and yams, Tokki soju is made of chapssal, Korean sticky rice which is very high in sucrose. It also uses nuruk, a Korean yeast cultivated from ground wheat, in the traditional soju-making method.

The company recommends serving it neat at room temperature, chilled or in cocktails.

Tasting notes include light tapioca pudding, a hint of vanilla and light earthiness, according to the company.

“It’s the farthest from the soju I know in terms of the smell and the taste.”

“I wonder why it is so expensive.”

“I like it, but I don’t think it’s for everyone. I‘m not sure it would mix well with hoe (raw fish dishes) or everyday food.” 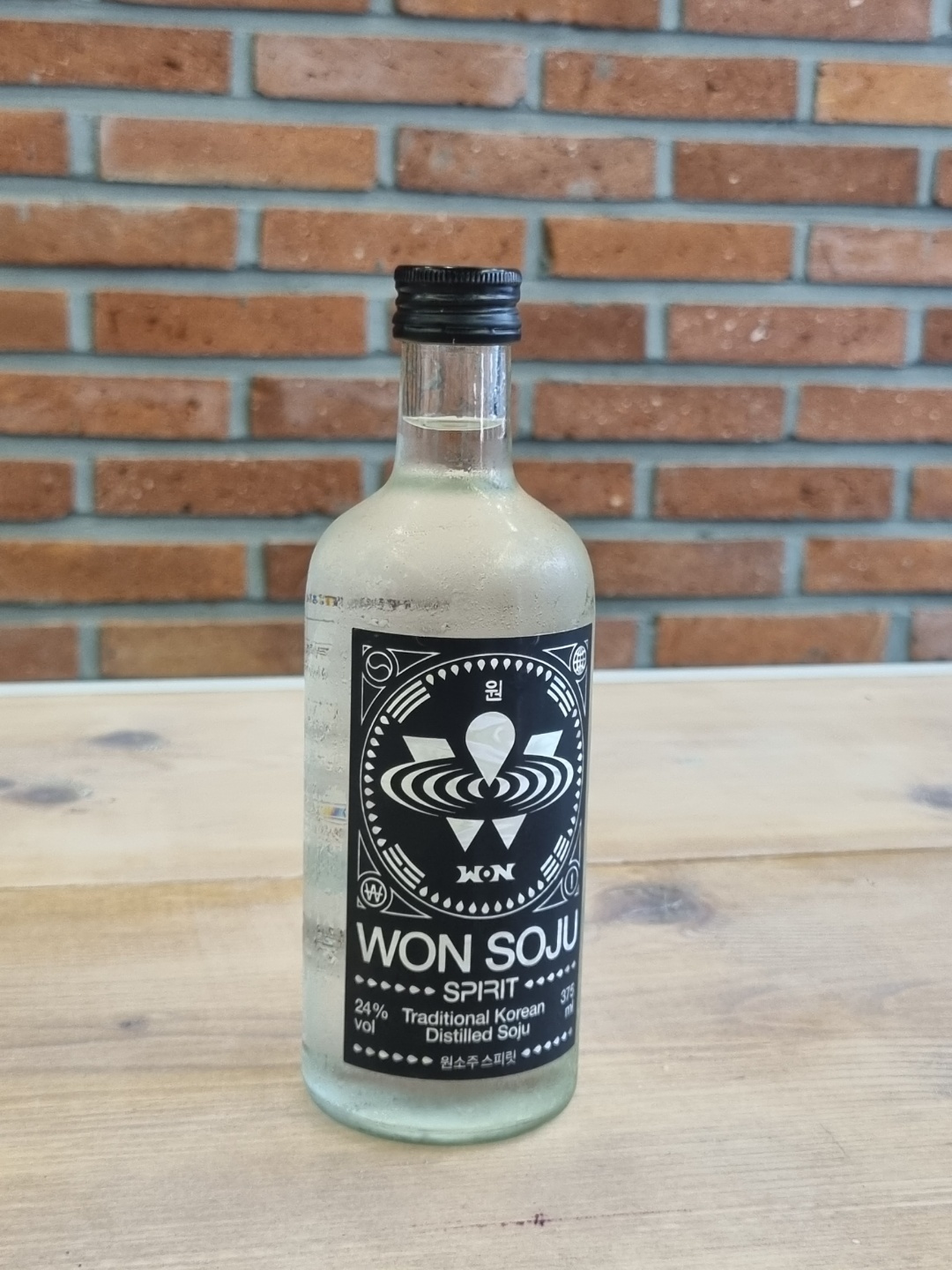 The new version came on the heels of the success of Won Soju, the company’s first soju. Within a week of its launch, some 20,000 bottles of the initial order sold out.

Both Won Soju and Won Soju Spirit are distilled by fermenting Wonju rice-totomi in Wonju, Gangwon Province. The difference is that the former goes through a two-week aging process in onggi pots, while the latter doesn‘t.

“Too ricey. I find it salty, and there’s a spicy kick in the end.”

“It has lots of flavor, but I don’t like the balance.”

“As they say, too much hype can lead to disappointment.” 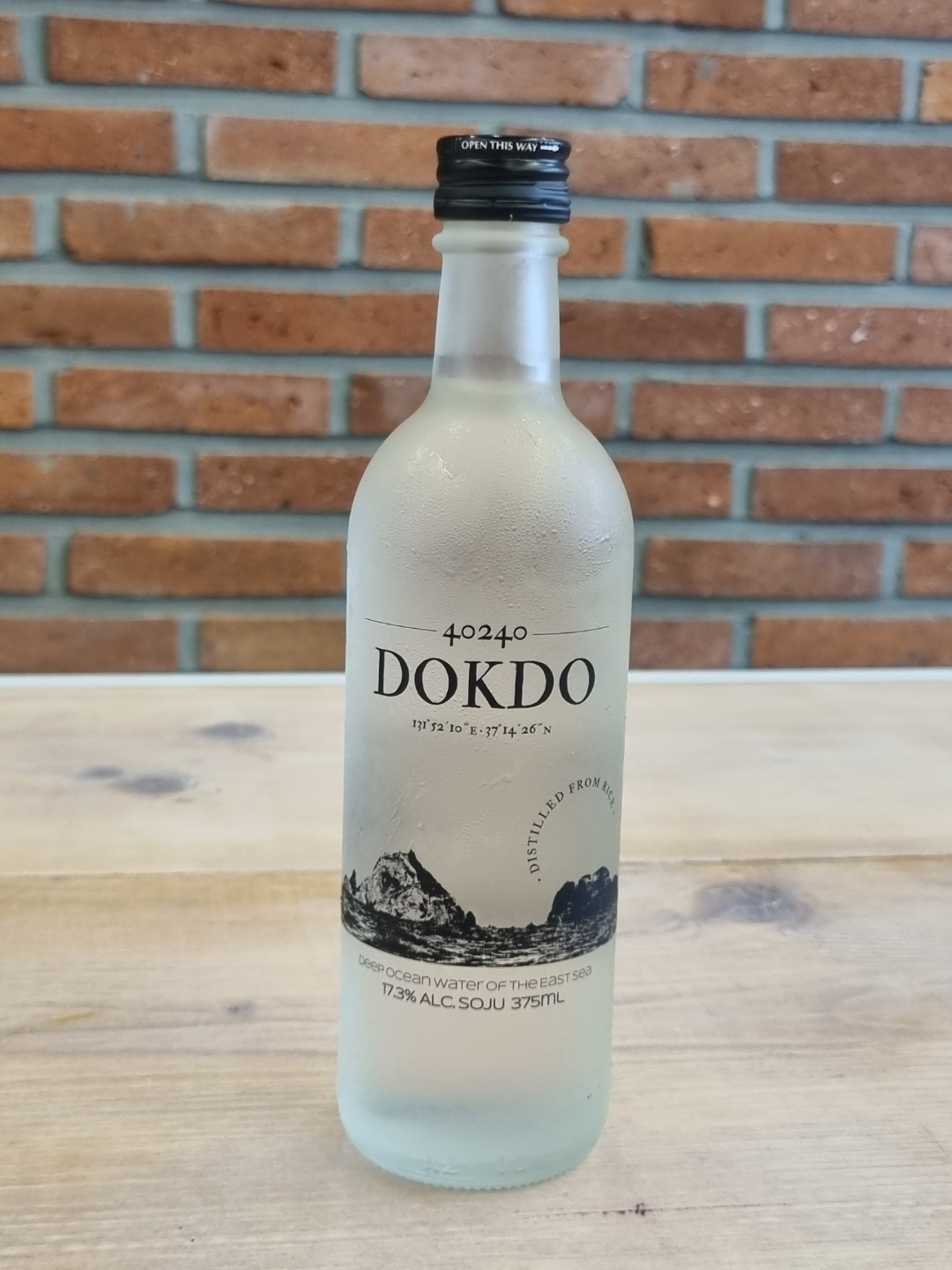 It is named after Korea’s easternmost islet, Dokdo, which Japan has been claiming as a part of its territory. Its release coincided with the anniversary of March 1, 1919, the Korean independence movement against Japanese occupiers.

This soju is made of liquor distilled from local rice under reduced pressure and concentrated minerals in the deep ocean water of Ulleungdo Island.

“I think it’d be good with sushi, sashimi, or meat dishes.”

“The taste is similar to Jinro Is Back Soju.” 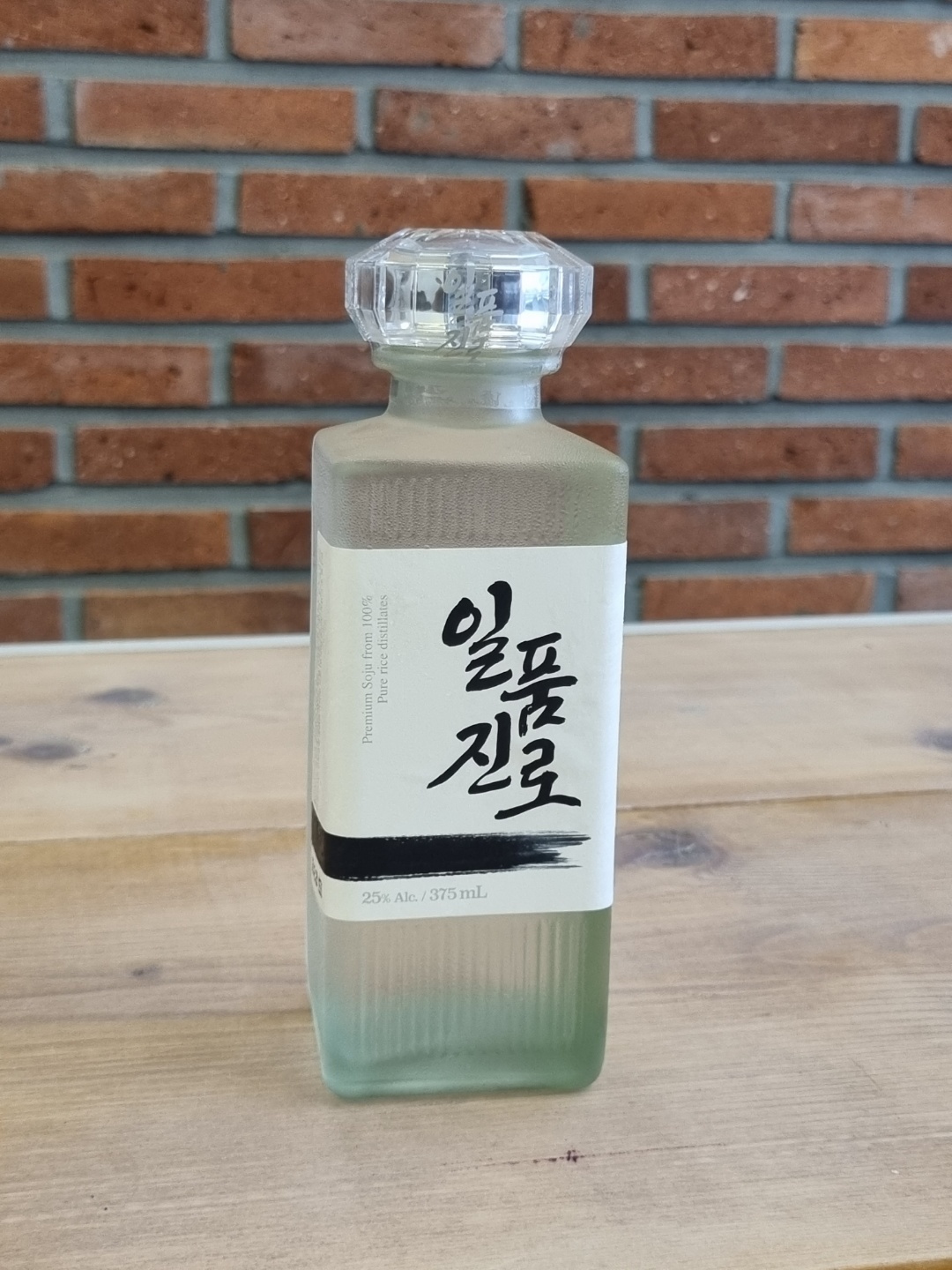 
This is one of the premium soju products offered by HiteJinro, a major liquor firm in Korea. IIpoom Jinro is a distilled soju that undergoes a six-month aging process in oak barrels.

“Our products undergo a freeze filtration process that removes unpleasant tastes and impurities at a low temperature. The result provides a clear texture and gentle flavors,” according to the company’s website.

“I felt the smell of pears. The strong alcohol flavor usually in soju was hardly felt.”

“HiteJinro seems to be the best at upgrading the soju we know.”