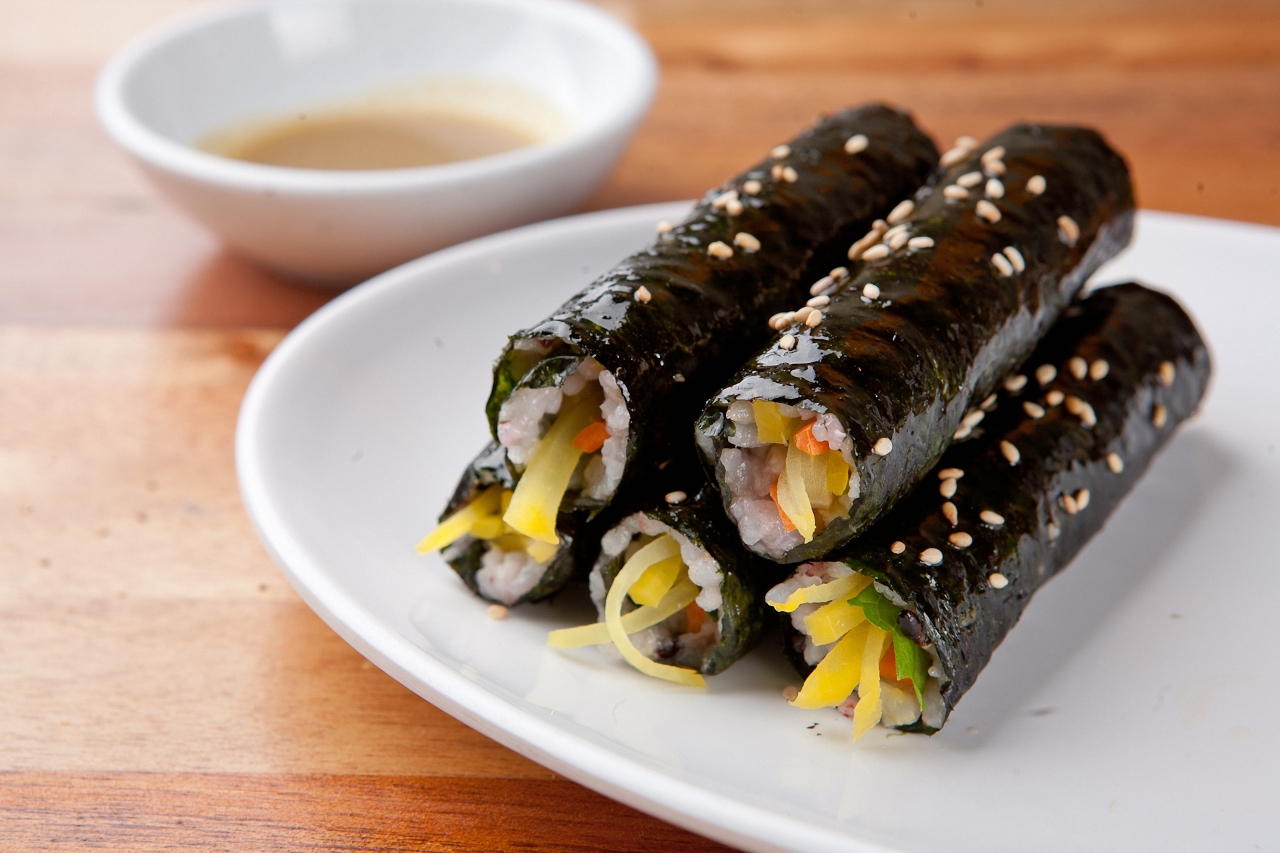 Kkoma gimbap, or mini-sized gimbap (123rf)
Gimbap, the seaweed-wrapped rice roll stuffed with vegetables and other ingredients, has long been the meal-on-the-go staple in Korea.

A humble roll of gimbap can vary in size and taste, depending on the filling.

While all you need to do is pop a round slice in your mouth, making gimbap is a multistep process that takes effort and time, from preparing the filling to actually making the rolls.

A roll at gimbap franchises and snack eateries are typically priced at 3,500 won, but fancier ones can cost around 8,000 won per roll. 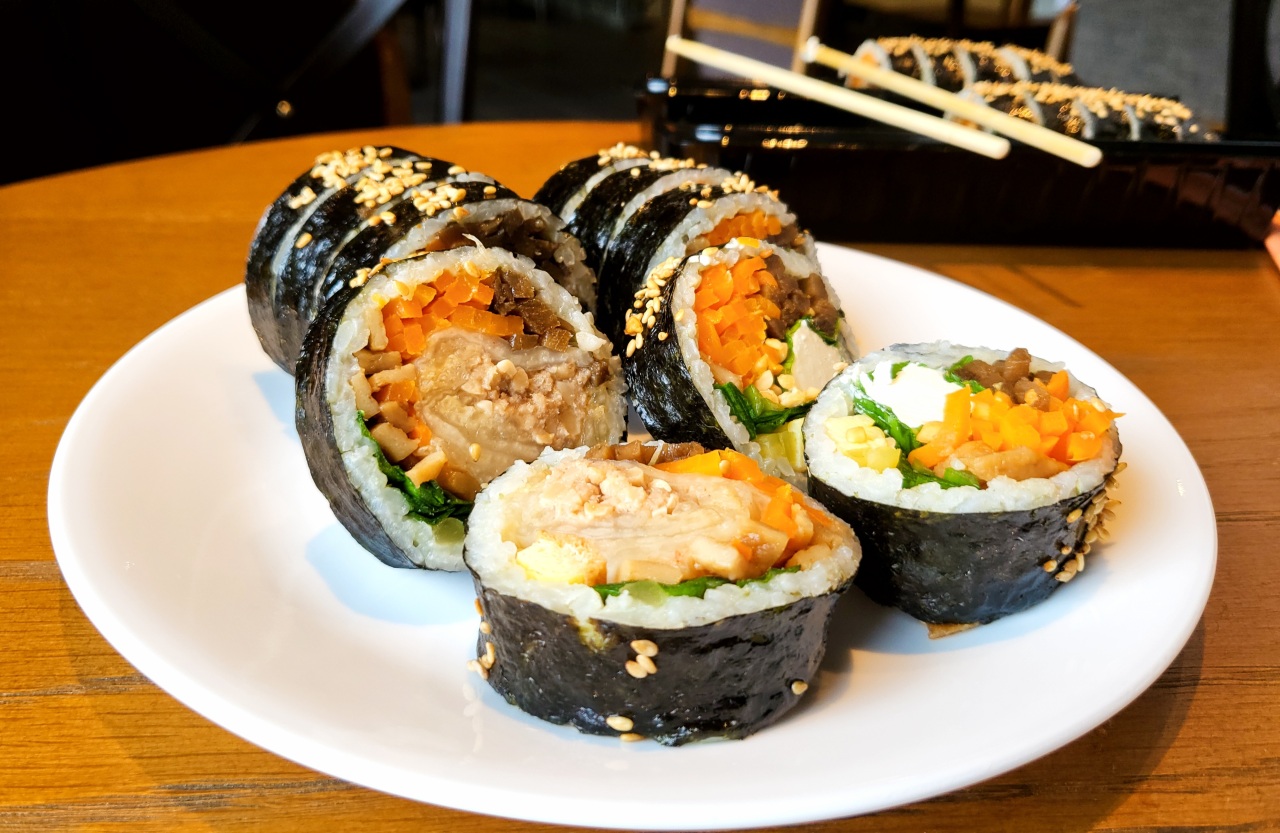 But when mugeunji is stuffed inside gimbap, it gives a wholesome taste to the rice and seaweed wrap.

A minute walk from Sookmyung Women’s University Station Exit No. 8, Hanipsoban is a take-out-only place that serves a variety of gimbap. Its signature is mugeunji gimbap, as can be seen by the jars and packs of kimchi for sale at the counter.

At first bite, the tangy, sour taste of mugeunji stands out, but you will soon notice a sweet juiciness that comes with a satisfying crunch.

Both mugeunji gimbap and cream-cheese gimbap cost 4,500 won per roll. 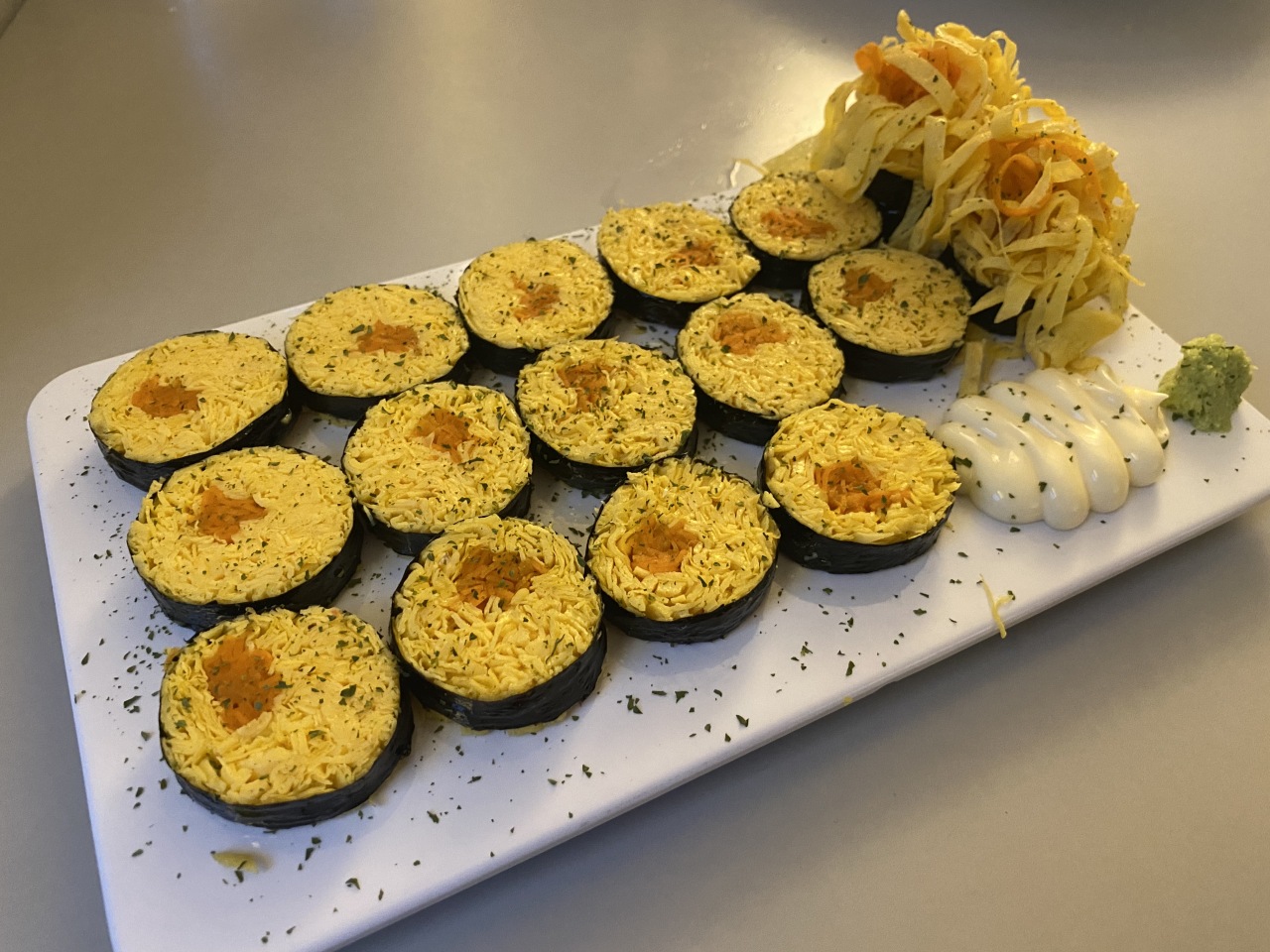 OFTT’s keto gimbap (Kim Hae-yeon/The Korea Herald)
If you love gimbap, but are on a low-carb diet, try keto gimbap.

For those on a ketogenic diet, keto gimbap replaces the rice with thinly shredded fried egg with boiled carrots placed in the center of the roll.

Restaurant OFTT, a two-minute walk from Ttukseom Station Exit No. 7, serves gimbap in a cafelike setting.

Keto gimbap at OFTT tastes simple and humble, letting the taste of fried egg shine through as the star ingredient.

A spoonful of wasabi and a scoop of mayonnaise are offered alongside the dish for dipping.

For a more indulgent meal, you can also order a pot of tteokbokki, simmered spicy rice cakes, and dip gimbap into the tteokbokki sauce, which is another common way of enjoying gimbap with a spicy kick. 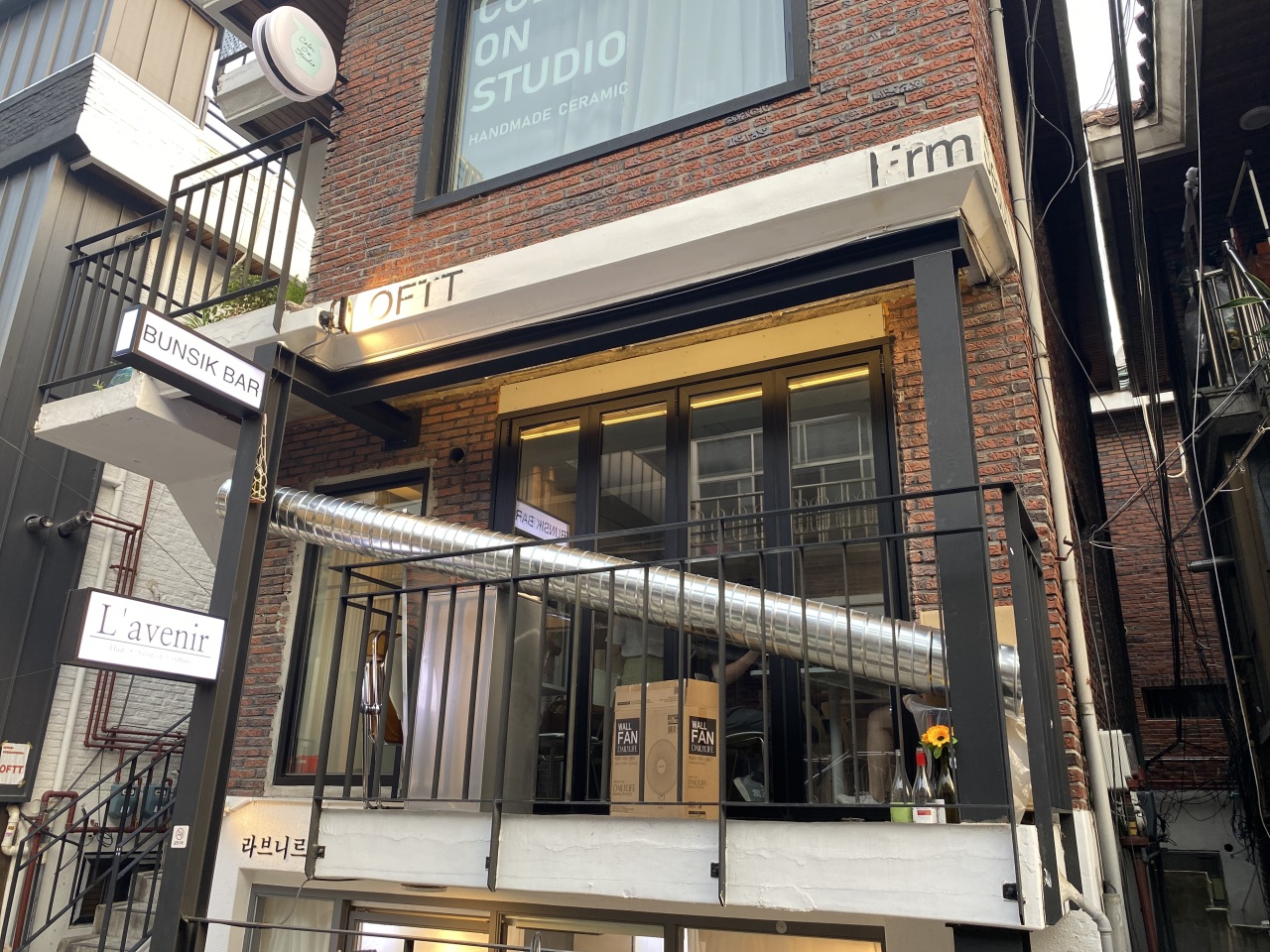 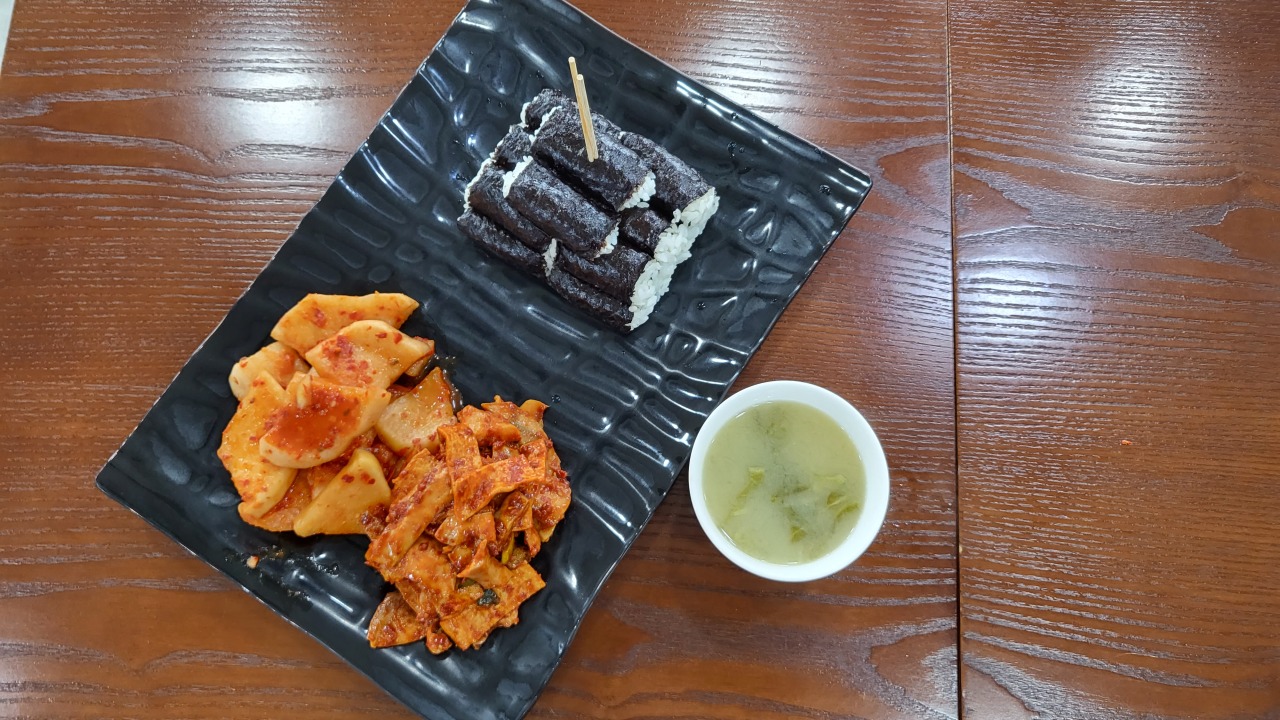 When in Tongyeong, chungmu gimbap -- finger-sized rolls of plain rice wrapped in dried seaweed with no stuffing, served with marinated squid and kkakdugi -- is a must try.

Chungmu gimbap was a simple meal or snack among fishermen out at sea as it does not go bad quickly. Gimbap is notorious for its short shelf life.

Hanil Gimbap is located across the street from the bustling Tongyeong Jungang Market. There is only one item on the menu -- chungmu gimbap.

The marinated squid and kkakdugi here are moderately spicy and don’t forget to have siraegiguk, soup made with the green part of radish that has been dried, 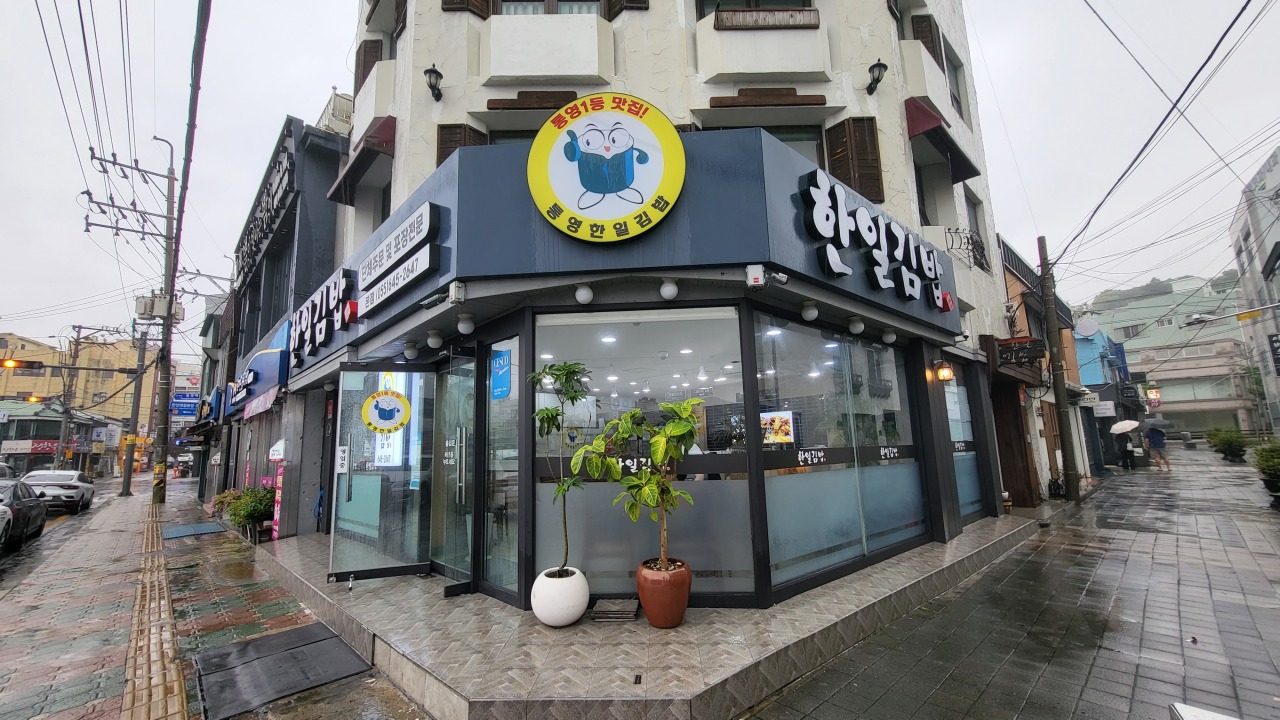 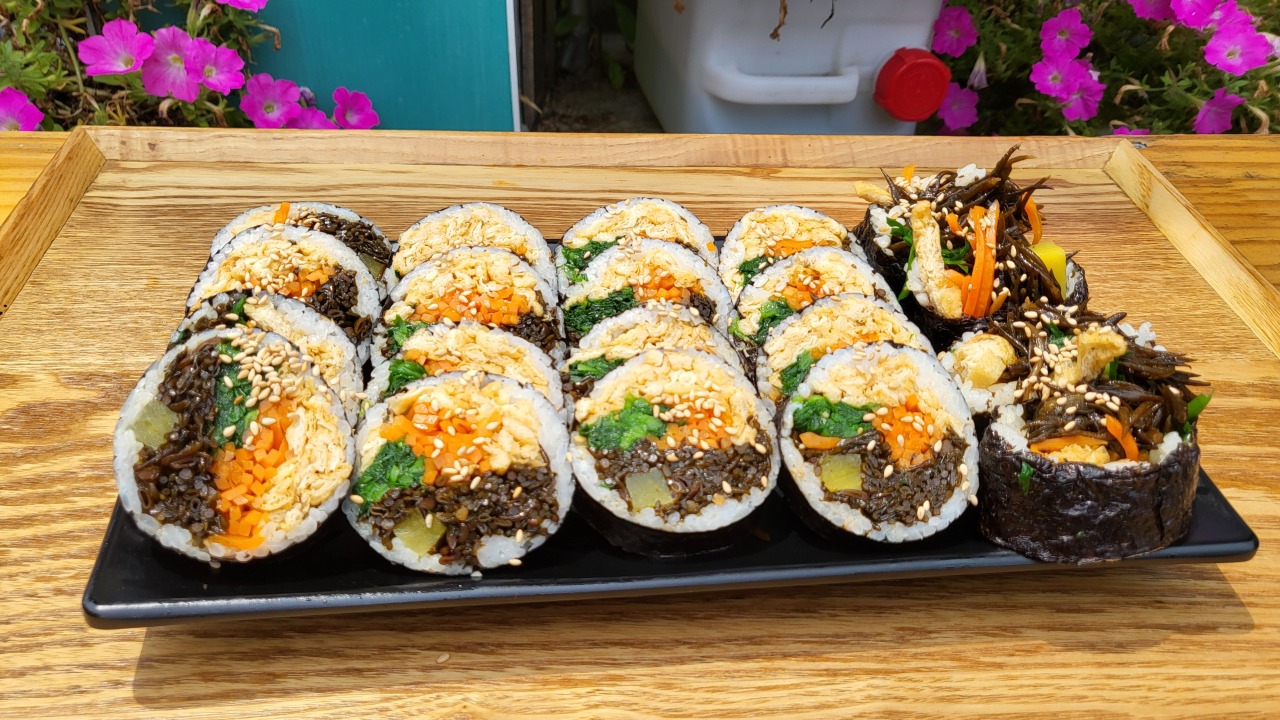 Tot is a type of seaweed that contains abundant calcium and iron, and is usually served as a side dish or as an ingredient for seafood bibimbap.

Ssaem Gimbap, located near Jisepo Port, and a few other tot gimbap places on the same street are popular places.

While the line is long, it moves quickly since most people have them packed to go.

Tot’s unique texture goes well with the gimbap rice that is seasoned with sesame oil and salt.

Tot gimbap is recommended to those who love the unique scent of seaweed and seafood. 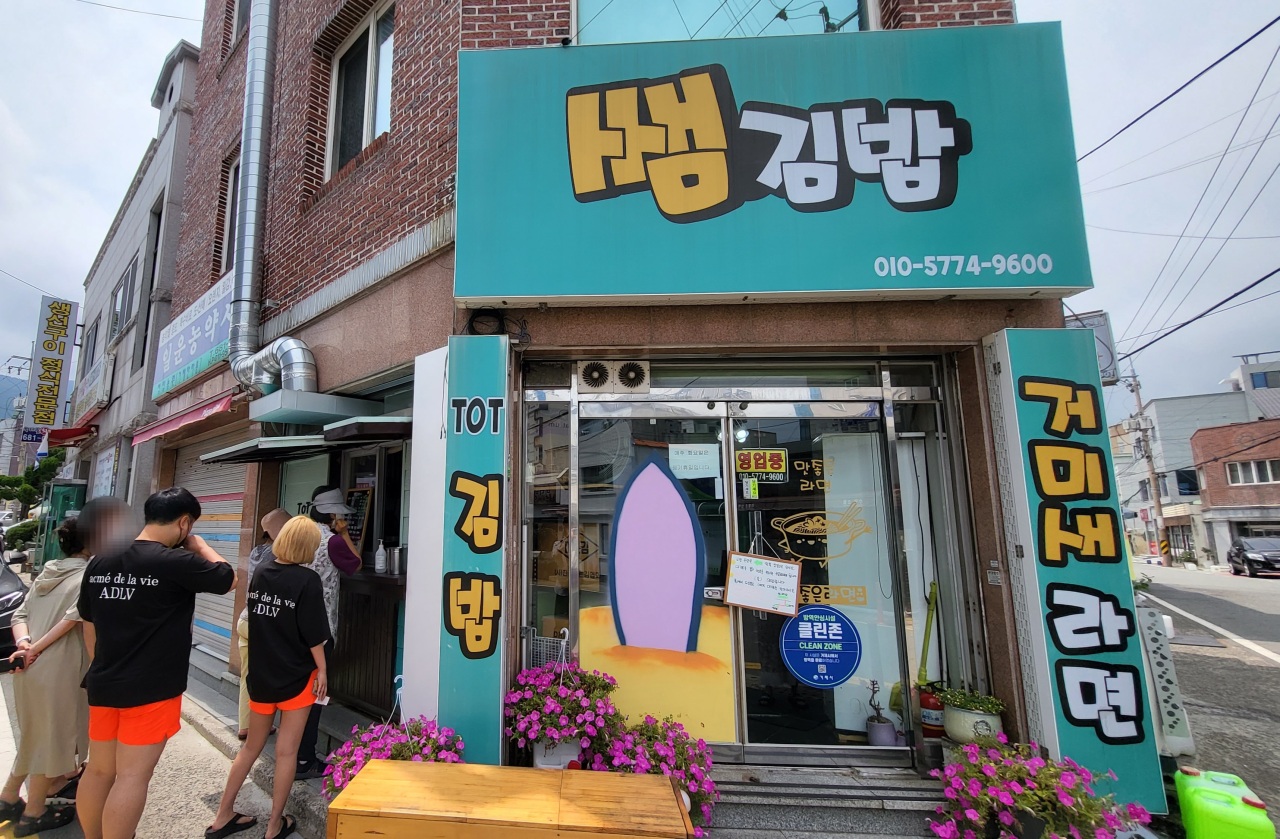