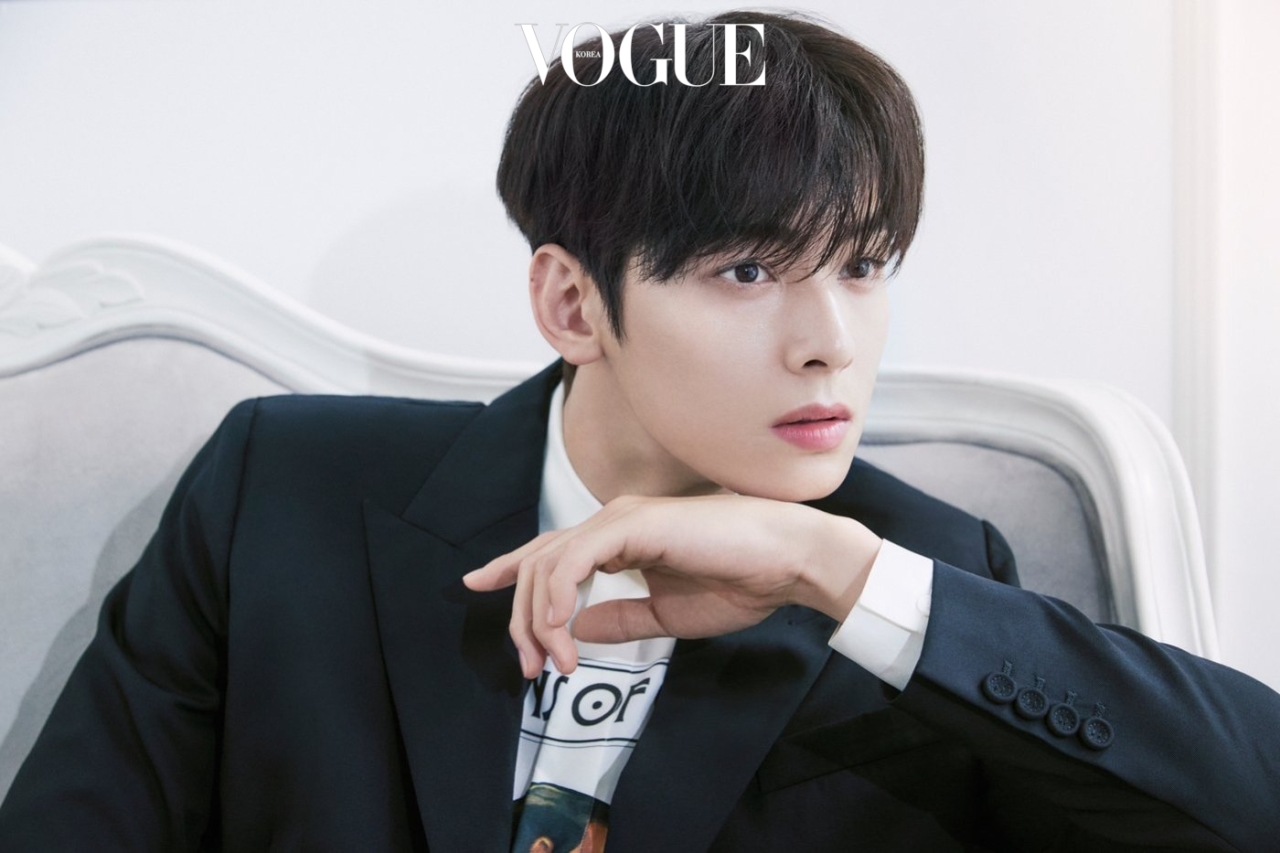 (Credit: Vogue Korea)
Cha Eunwoo of Astro is considering taking a lead role in “K-Pop: Lost in America,” according to a local media report on Friday.

He is looking at the proposal favorably, but nothing has been confirmed yet, said agency Fantagio following the report.

Cha has appeared in a series of dramas including “True Beauty” and the movie “My Brilliant Life.” He recently finished shooting the drama “Island.”

The feature-length movie is set to premiere in 2023 and will be co-produced by Lynda Obst (“Interstellar”) and CJ Entertainment’s Vice Chair Miky Lee. Director JK Youn -- of “Haeundae” and “Ode to My Father” -- will direct the movie. Rebel Wilson and Charles Melton are reported to have been cast. The film will follow a K-pop male musician who happens to be stranded in Texas. He, with neither money nor a smartphone, has to make it to New York where his debut tour in the US will start in couple of days.

The news of the movie excited K-pop fans when the director said that he will cast actual K-pop stars to appeal to a global audience.

Ateez to return at the end of July 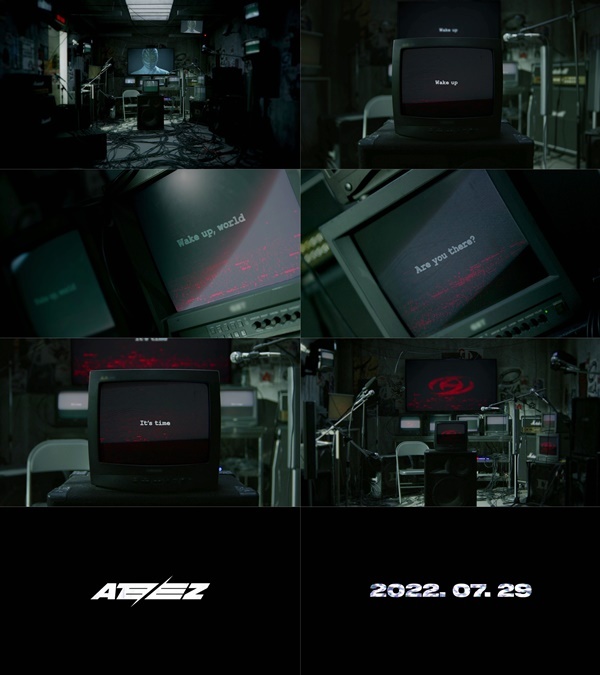 (Credit: KQ Entertainment)
Ateez announced Friday that it will make a comeback on July 29.

A poster and teaser clip came with the news saying: “Wake up, world/ Are you there? / It’s time.” A person with a black fedora and a mask, also in black, has the band’s new logo with a capital A over his face. The mysterious video shows a space full of monitors and microphones, featuring an all-white person on the monitor screens.

It has been seven months since its EP “Zero: Fever Epilogue,” a repackaged album that ranked No. 73 on Billboard 200. The album wrapped up its “Fever” series that began in July 2020.

From July 16, it will hold three concerts in Yokohama, Japan, its first in-person concert in the country. This is the Japan leg of its world arena tour that kicked off in Seoul in January and brought the musicians to five cities in the US and five countries in Europe. 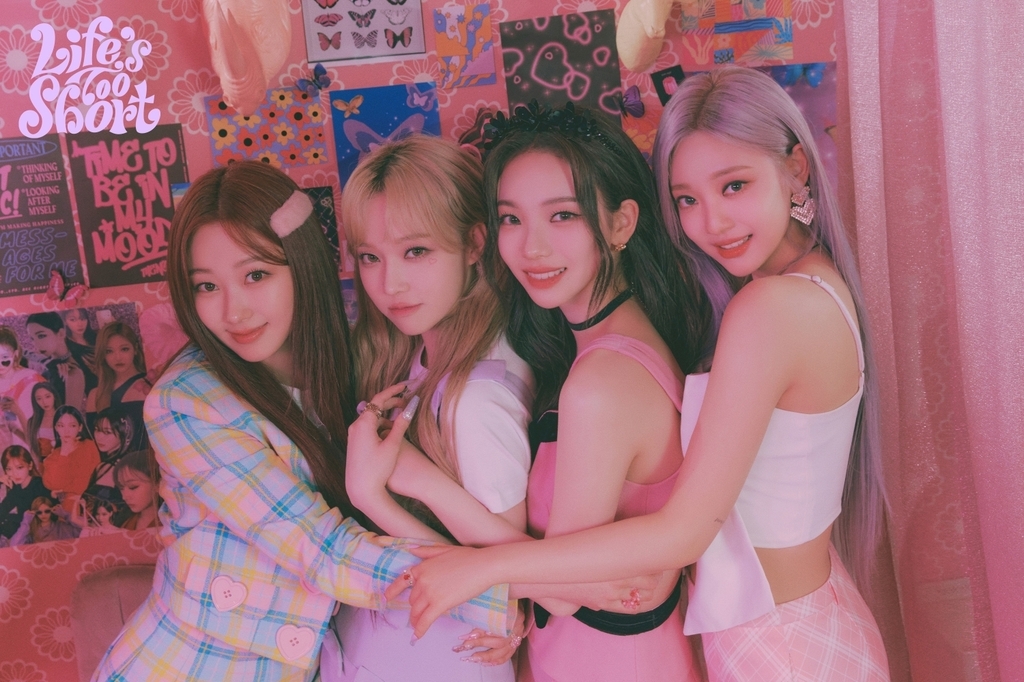 The band will speak and perform at the opening section of the UN High Level Political Forum for Sustainable Development that will be held at the UN headquarters. The forum is a main platform that plays a key role in the follow-up and review of implementing the 2030 Agenda for Sustainable Development. The theme for this year is building back better from COVID-19. It will be held onsite for the first time since the outbreak of pandemic.

Separately, the group will put out its second EP “Girls” on July 8. It held its first showcase in Los Angeles on June 26-27. 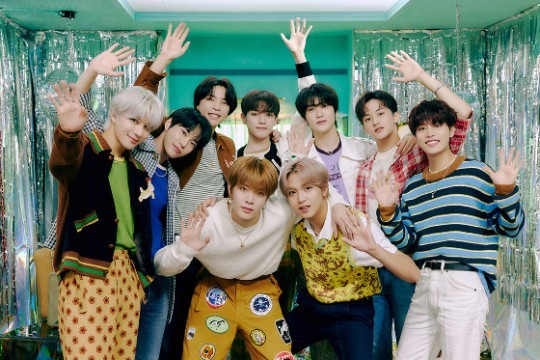 (Credit: SM Entertainment)
NCT127 will go live and greet fans to mark its sixth anniversary of debut on July 7, according to label S.M. Entertainment on Friday.

Under the title “Roll Up to the Party,” the nine members will have a party and chat with fans through a livestream that will be broadcast on the band’s channels on YouTube and TikTok.

In the meantime, the bandmates left for Singapore on Friday for a concert on the following day as part of its second international tour. Yuta, however, will be absent, as he tested positive for COVID-19 on Wednesday.