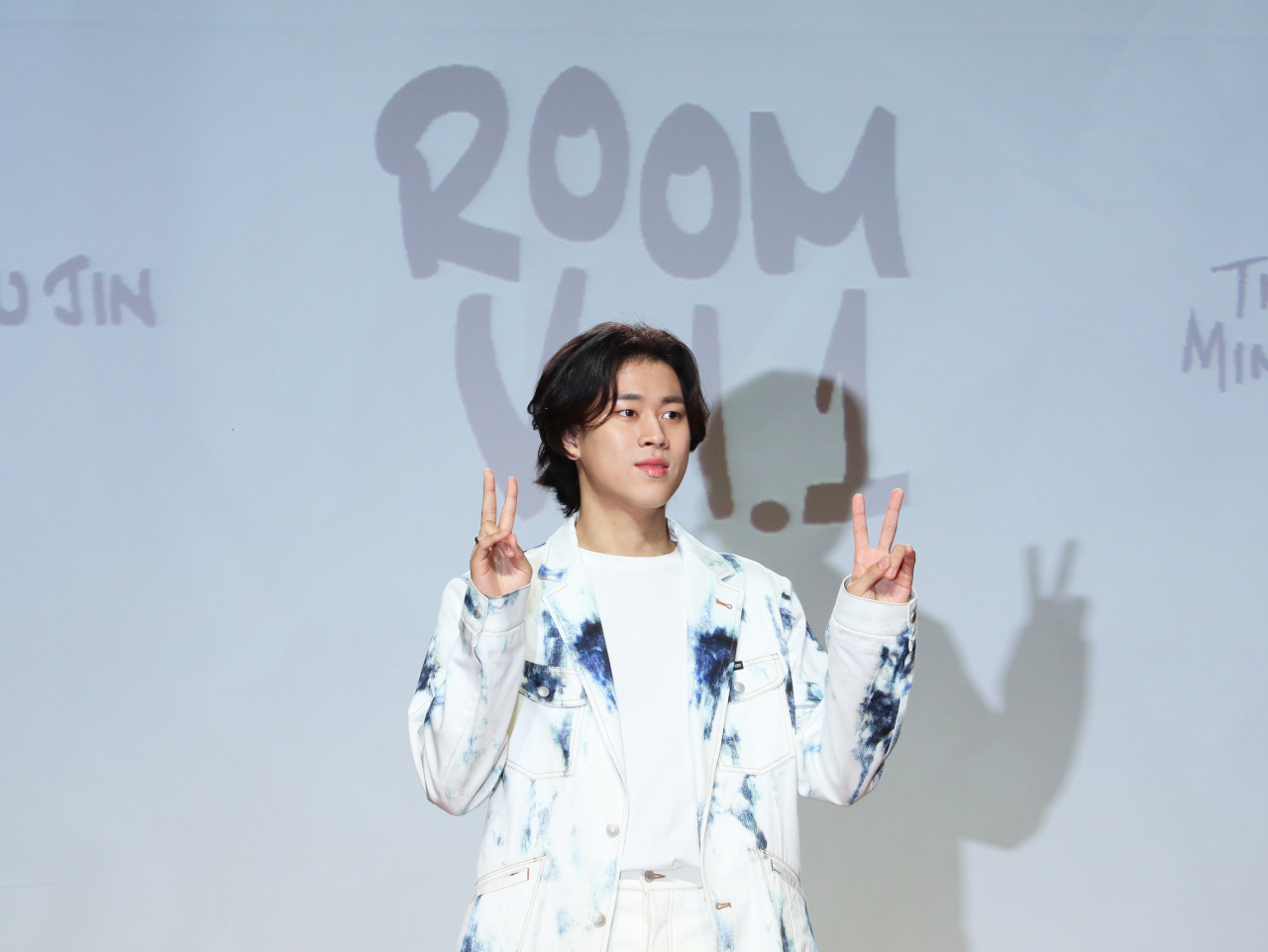 As the title suggests, the aptly named “Room Vol. 1” marks the start of his “Room” series, and it’s music that best shows the stories of “musician Lee Mu-jin” and who he was before gaining fame through the popular TV competition.

In a press conference Thursday, the 21-year-old said his first EP was highly inspired by the house where he lived alone while attending college.

Adding that it has a special place in his heart, the young artist said the house holds all his memories before he shot to fame.

“I left the house because I had to pause school for a while to jump into the music industry. I’ll be able to visit where I have lived before, but there would be a clear difference: I wouldn’t be the Lee Mu-jin who aspired to be a singer. I was really into music back then, and it was the time I had to say goodbye to my ordinary life,” he said with a grin while taking a little trip down memory lane.

Lee went on to say that his house was the “last stage of his musical growth,” which paved the way for him as “singer-songwriter Lee Mu-jin.”

“I’ve been writing songs before coming into this place, but the house I used to live in helped me mature, and I grew as a musician. I’ve also penned some songs here, and those will probably be on my future albums,” he added, teasing a snippet of his next piece of music.

This time, Lee Mu-jin produced, composed and wrote the lyrics for all of the tracks on his album. 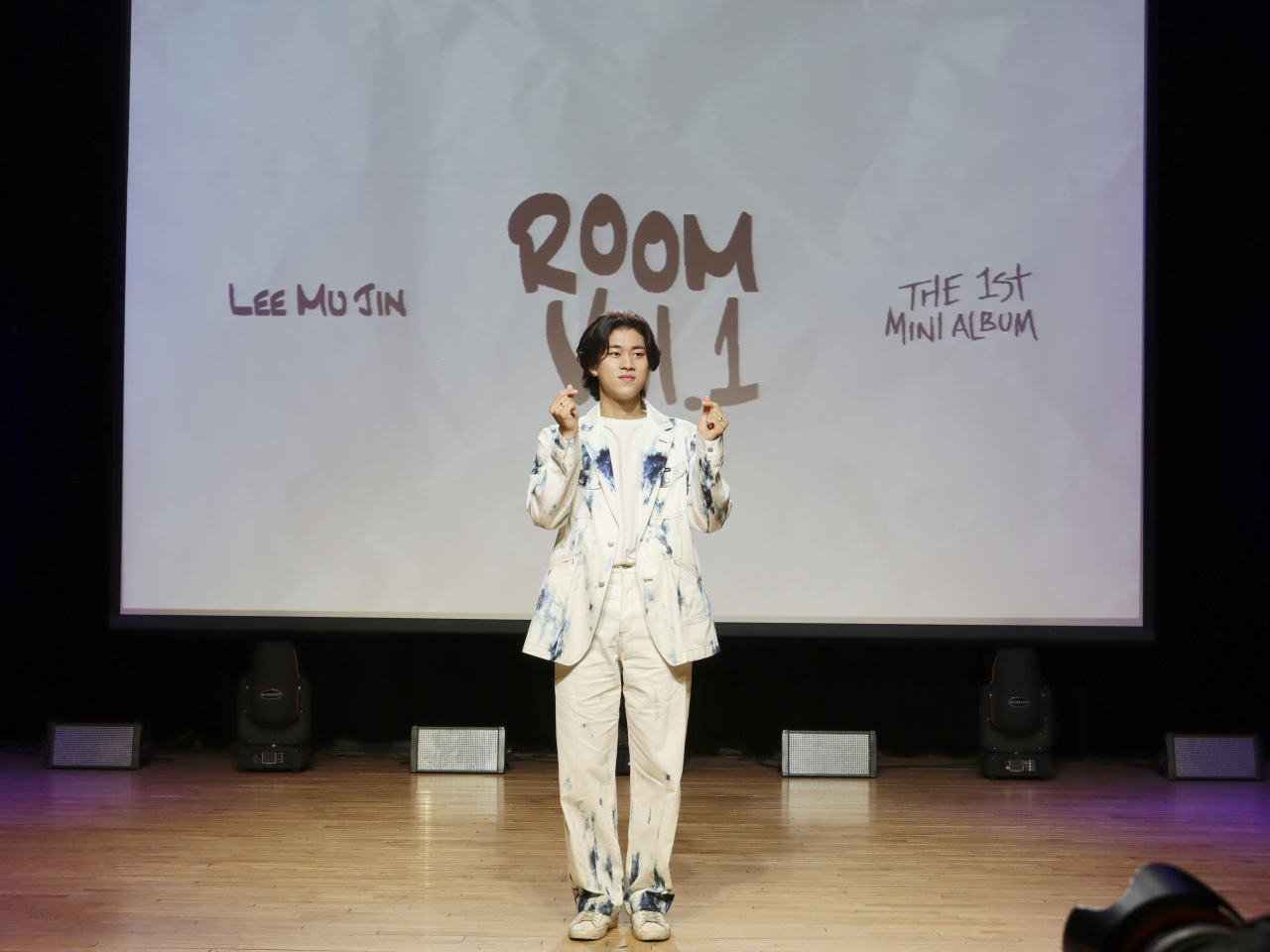 Singer-songwriter Lee Mu-jin poses during an online press conference in Seoul on Thursday. (BPM Entertainment)
“I thought it would be a tough journey because it was the first time penning all five songs at the same time, but the experience itself was fresh rather than being tough. The only difference I felt was making a physical album and coming up with new activities,” he said.

Leading the five-track album is “Reference,” which the singer described as “a song dedicated to didactic people.”

“The words to the song are for people who continuously try to teach you when it’s not necessary as if they are teachers. And the song says, ‘No, I’m not going to heed what you said, but just let it slide away from my mind,’ and that I’ll just take in those words as a reference,” he added.

The musician continued, saying that everybody has a dream and strives to reach for their dreams, but busybodies tend to interfere too much with the goals of other people. Especially as a student majoring in music -- the department of applied music, to be specific -- Lee said he had experienced a lot of infringement from others concerning his voice.

“I’m open to advice said by professional feedback because they don’t meld in emotions. That’s how I draw a line between a piece of advice and being nosy.”

At the end of the event, Lee Mu-jin expressed hopes that his first EP would allow him to lay the first stone as a singer-songwriter who is down to earth.

“I want to be remembered as a singer who has put out outstanding songs that talk about stories that people can relate to and resonate with. If people -- those who tend to listen to my songs pretty often and those who don’t -- get to hear my music, I would be more than happy. And I think I’m trying to get to that point through my first album.”