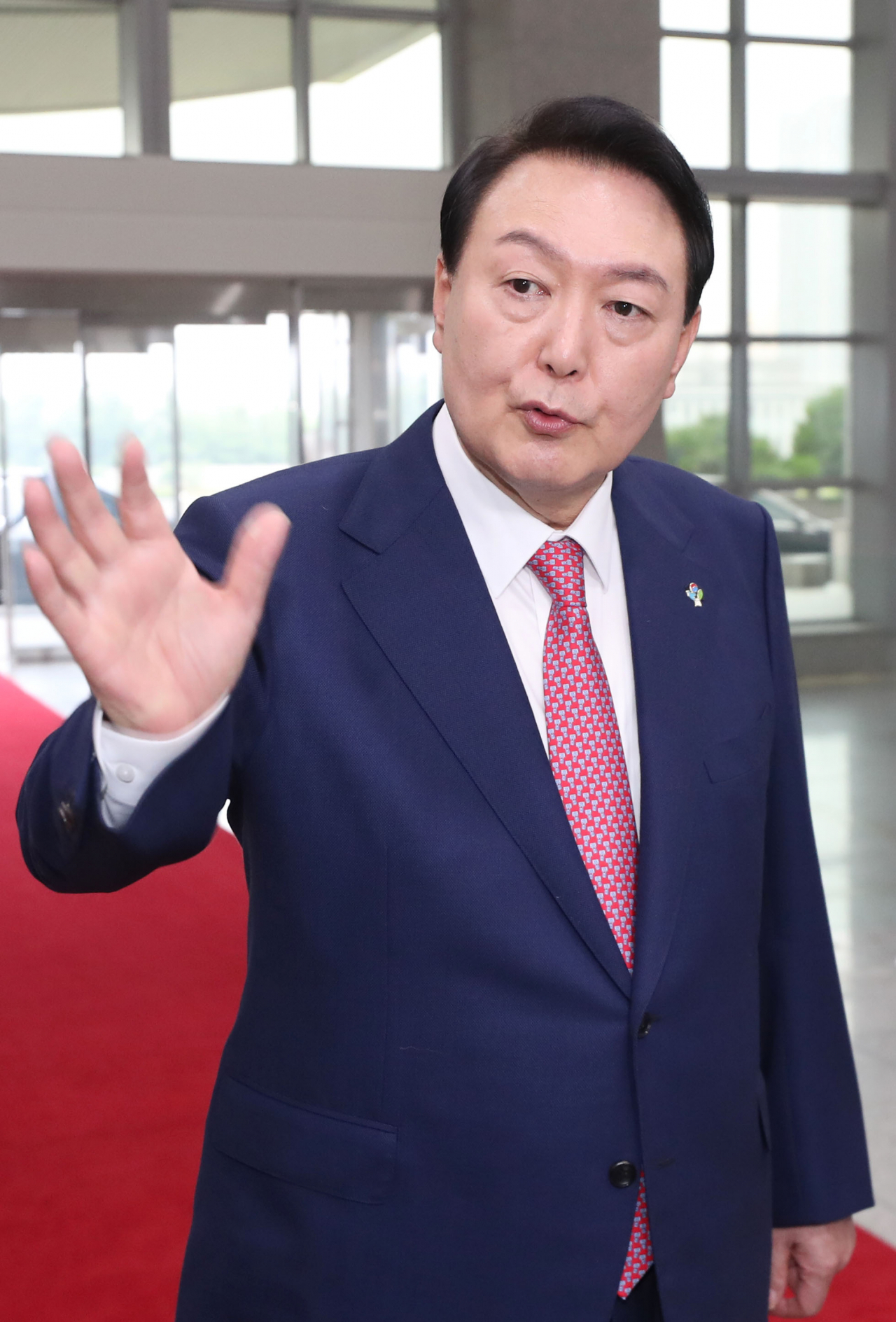 President Yoon Suk-yeol takes reporters' questions as he arrives at his office in Seoul on Thursday. (Yonhap)

President Yoon Suk-yeol expressed outrage Thursday that a reshuffle of senior police officials was announced prematurely before receiving his approval, saying it amounted to a "disturbance of national discipline."

Police released the names of new senior superintendents general on Tuesday evening, only to reverse seven of them two hours later. The flip-flopping led to suspicions that the interior ministry, which oversees the police, was exerting undue control over the law enforcement agency.

"It makes no sense, and in a way, this could be considered a disturbance of national discipline," Yoon told reporters as he arrived at his office. "The person authorized to make personnel decisions is the president."

A senior superintendent general is the third-highest rank in the South Korean police.

Yoon said he looked into the matter after reading the news about the overturned appointments and found out "something absurd" had occurred.

"They had gone ahead and appointed the people that the police on its own had recommended to the interior ministry," he said.

"The fact that a reshuffle that had not yet been approved by the president, or reviewed by the interior ministry and proposed to the president, had been leaked and reported in the press as if the appointments had been reversed, is a very grave disturbance of national discipline, or an absurd mistake by a public servant that is unacceptable," he added.

Speaking in a strong tone, Yoon stressed that no decision had been overturned and that he had given his approval to the version brought to him by the interior ministry. (Yonhap)