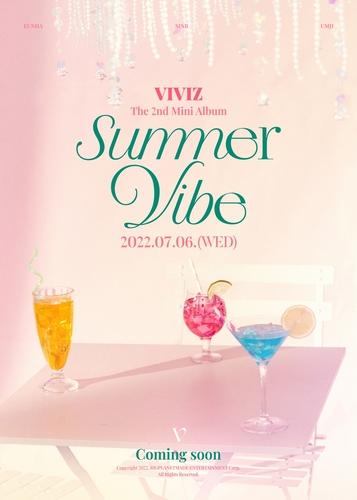 It will be the first release from the band since its first EP, "Beam of Prism," in February.

The trio aims to become the new summer queen of the K-pop scene with the new EP after returning with a more mature side, the agency said in a release.

VIVIZ debuted in February with "Beam of Prism" led by the song "Bop Bop." The group consists of Eunha, SinB and Umji, all from the now-disbanded girl group GFriend. (Yonhap)