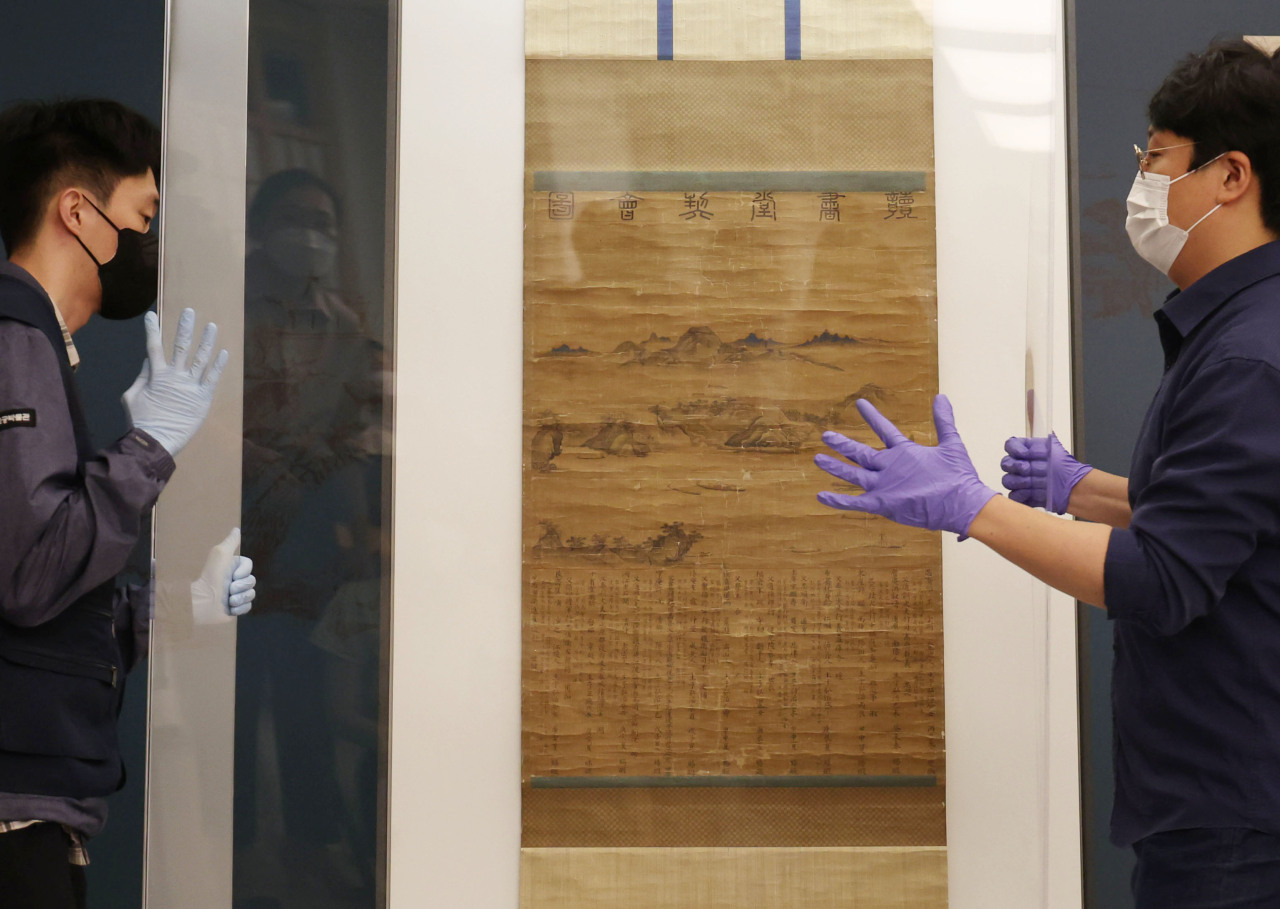 The work was produced during King Jungjong’s reign (1506–1544) to commemorate a gathering of officials who participated in the “sagadokseo,” a government-led program that began in the early 15th century during King Sejong’s reign. The program had allowed young civil servants to devote themselves full-time for an issued period to reading and studying, rather than working for government affairs, similar to a modern-day sabbatical leave. 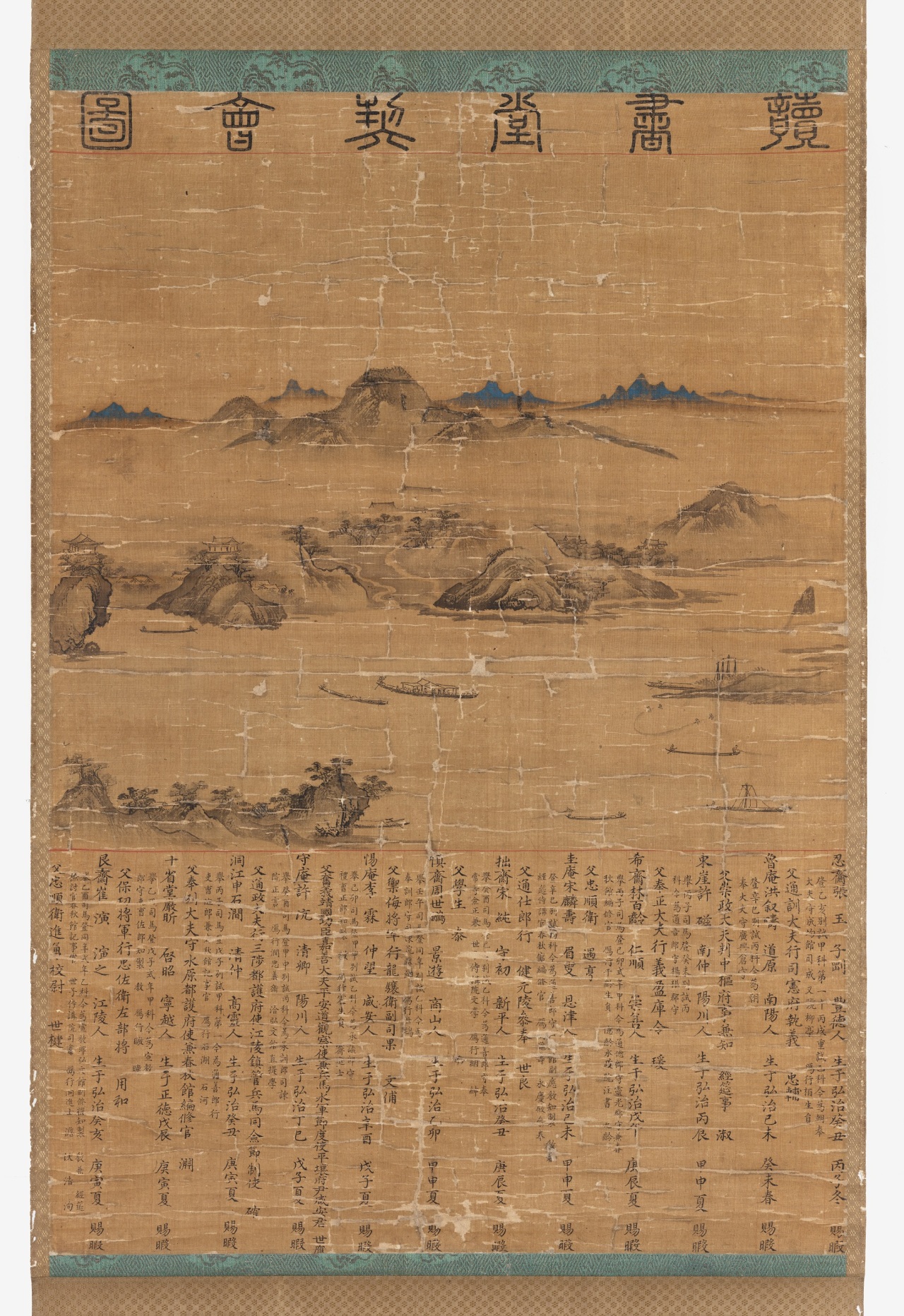 Painting of “Dokseodanggyehoedo,” estimated to be produced in the year 1531 (CHA)

The painting was made using ink and light color on silk and depicts the landscape of the eastern bank of the Hangang and the surrounding Eungbongsan. Reaching the top of the path from the riverside shows dokseodang, the main study area for the sagadokseo program’s participants. Civil servants in official uniforms are seen enjoying a boat ride along the riverside.

Names and titles of the officials are stated on the bottom half of the work. This became the basis for estimating the period it was produced, which is the year 1531.

The work was previously part of the collection of Kiichiro Kanda (1897-1984), who held the post of the Kyoto National Museum’s director. After his death, a figure had acquired the work from the bereaved and sold it at Christie’s auction.

The exhibition will be open for public viewing at the museum’s special showing, starting July 7 through Sept. 25.