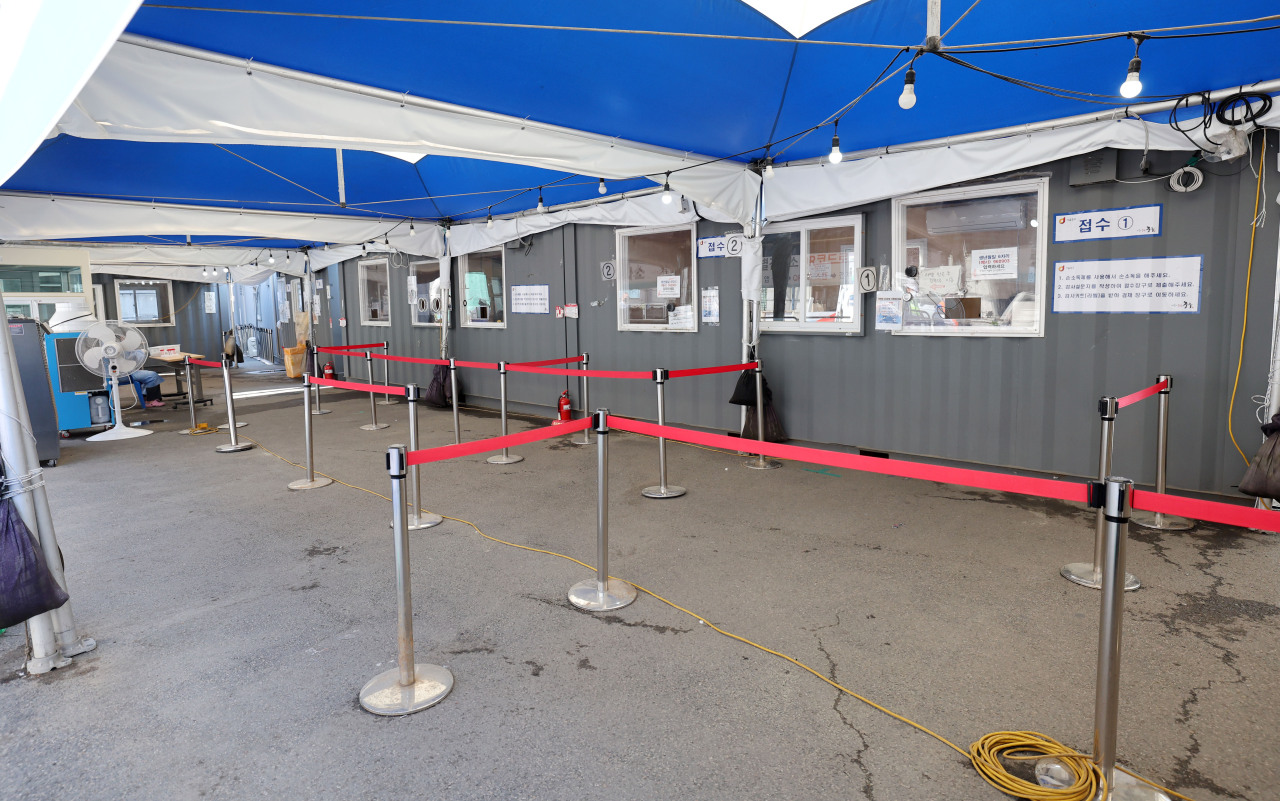 This photo shows a testing booth in front of Seoul Station on Thursday. (Yonhap)

South Korea reported fewer than 20,000 COVID-19 cases for the third consecutive day Saturday, with critical cases dropping to a 10-month low, amid the receding omicron wave.

The country added 14,398 new infections, including 45 cases from overseas, bringing the total caseload to 18,067,669, the Korea Disease Control and Prevention Agency (KDCA) said.

The number of critically ill patients stood at 196, dropping below 200 for the first time in around 10 months.

The daily coronavirus tally also fell to a 18-week low for a Saturday and declined by nearly half from two weeks earlier as new cases have shown a downward trend since mid-March.

South Korea's daily caseload peaked at over 621,000 on March 17, driven by the rapid spread of the omicron variant nationwide.

Of the locally transmitted cases, Seoul accounted for 2,267 cases, with its surrounding Gyeonggi Province reporting 3,254

cases. There were also 624 additional patients from Incheon, 40 kilometers west of the capital city.

As of midnight Friday, 44.58 million, or 86.9 percent of the population, had completed the full two-dose vaccinations, and 33.29 million, representing 64.9 percent, had received their first booster shots. More than 4.04 million people had gotten their second booster shots, the KDCA said. (Yonhap)