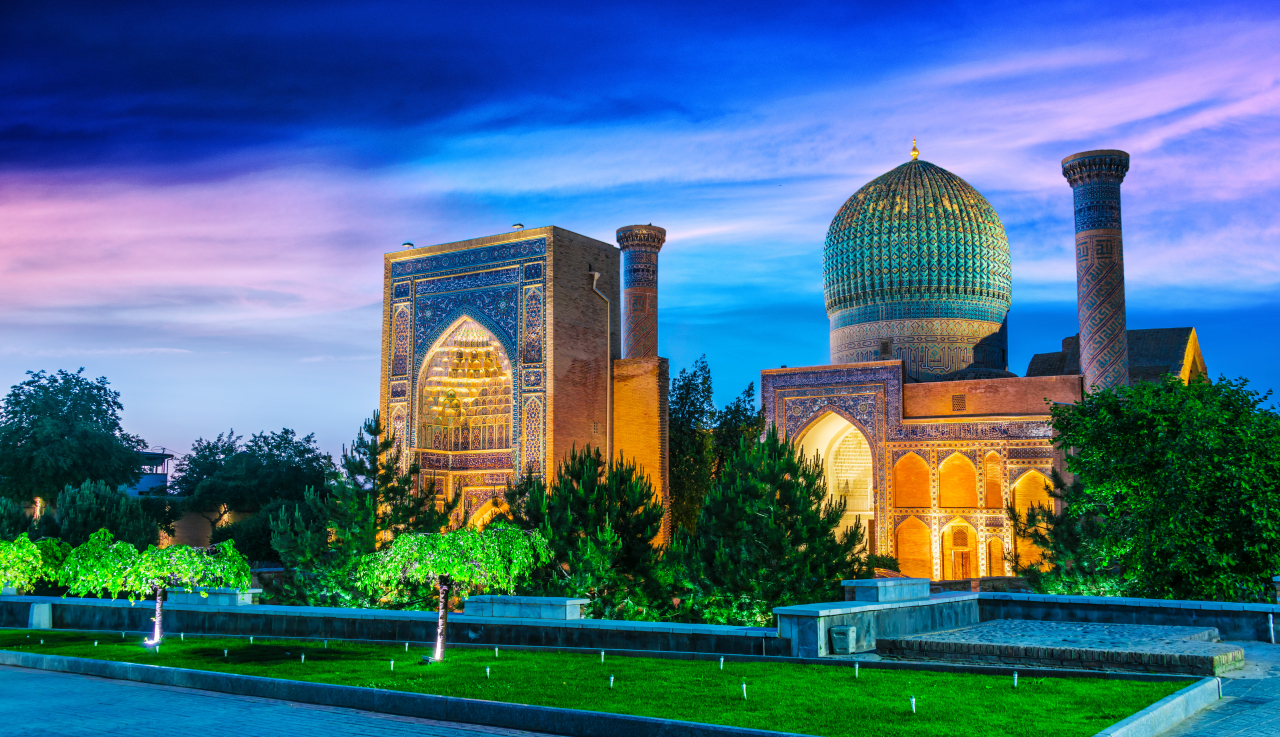 The Gur-Emir Mausoleum in Samarkand, Uzbekistan at early morning. Burial place of famous statesman and commander Amir Temur (1336-1405), founder of the great Timurid Empire. (Embassy of Uzbekistan in Seoul)
Uzbekistan has announced that it will host the International Week of Ziyorat Tourism every autumn, the Uzbek Embassy in Seoul said in a press statement Thursday.

The embassy said Uzbekistan cabinet ministers adopted a resolution focusing on measures to hold a Ziyorat Tourism week with the aim to make the annual event an easily reachable pilgrimage tour to showcase features that make Uzbekistan one of the most important centers of world civilization.

According to the statement, Uzbekistan will work to attract Uzbek communities and international organizations around the world and diversify services to promote tourism.

As part of the newly adopted cabinet resolution, International Week of Ziyorat Tourism was announced and will be held in Uzbekistan in the first week of November 2022.

The country will host exhibitions of religious books published in Uzbekistan, works of religious scholars and the Holy Quran, and themed souvenirs under the international week framework.

Regional events comprise of a conference on the Islamic heritage of Uzbekistan, a festival for folk melodies and songs in Samarkand region, a forum on the graduates of the Mir Arab Madrasah, exhibitions on modern Islamic architecture and Islamic calligraphy and decorative design in the Bukhara region, said the statement.

Tashkent will hold a roundtable on Islamic economy, an exhibition of national clothes, a conference on Halal tourism and a festival celebrating Halal dishes.

By decree of various ministries in the Uzbek government, the Committee on Religious Affairs, the Hunarmand Association and relevant organizations are encouraged to attract the participation of reputable foreign experts, specialists and media representatives, the statement said.