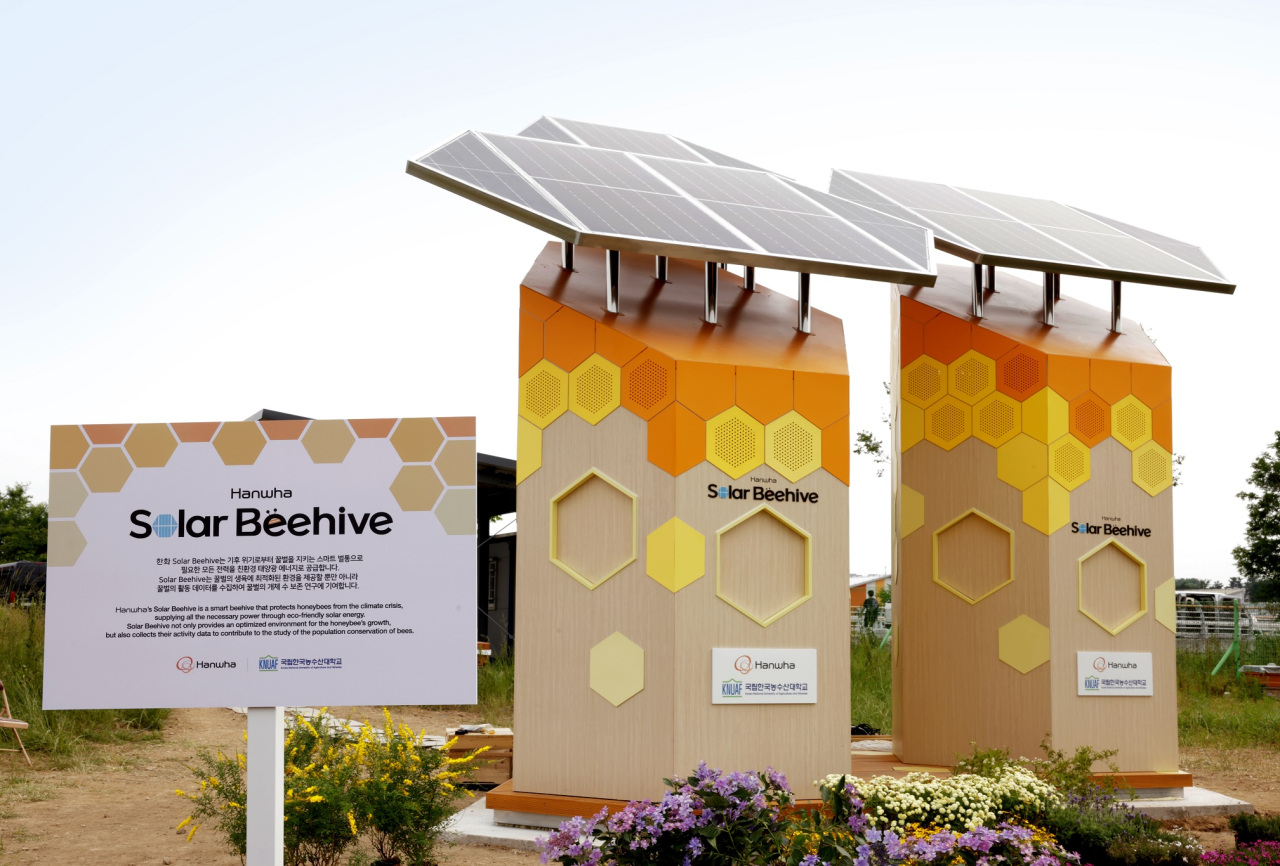 Hanwha Group said it has installed the solar beehive at the Korea National University of Agriculture and Fisheries (KNUAF) as a part of its pilot program. At this beehive, about 40,000 bees will help pollinate the fruit trees on campus and vegetation in nearby forest area. Data on bee population growth and activities will be collected to be used for educating students on campus and research on bee conservation, the group said. The group and the institution signed a memorandum of understanding for project on May 11.

In line with the group’s vision for sustainability, Hanwha Group said it wanted to form a stable environment for bee population growth through this project, as well as promote the importance of preserving biodiversity.

Hanwha Group said the solar beehive is built with a structure to provide electricity to the beehive via solar panel, so the beehive will be automatically monitored and controlled with the optimal temperature, humidity, water and food. The beehive also contains a smart system that monitors and controls the data through an application in real time.

“The solar beehive will effectively increase the bee population and preserve the species, as it can monitor the growth of the bees in real time and detect diseases and pests immediately,” said professor Kim Hye-kyung from the department of industrial entomology at the KNUAF.