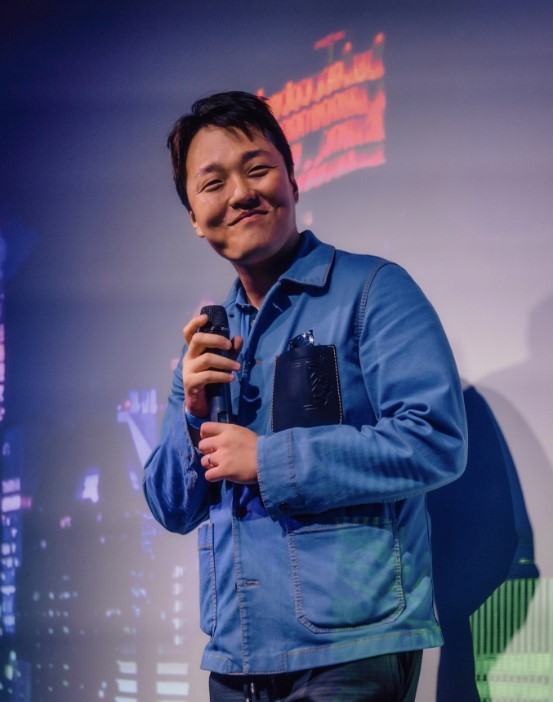 Do Kwon, CEO of Terraform Labs (Screenshot of Do Kwon’s Facebook account)
South Korean entrepreneur Do Kwon was a rising star of the global digital asset market when his company Terraform Labs launched the cryptocurrencies UST and luna with the goal of achieving a decentralized economy three years ago.

His stardom reached its peak as the price of luna skyrocketed to over $119 early last month, becoming the first Korean-developed cryptocurrency to crack the top 10 list of cryptocurrencies with the highest market capitalization in the world.

Some investors and industry insiders even called him the “Korean Elon Musk” in pure admiration of his early success, but also for his outspoken comments that often stirred up debate on Twitter.

Kwon has mocked others as “poor” multiple times for criticizing his cryptos on Twitter.

In July, British economist Frances Coppola said in a tweet that self-correction mechanisms relying on financial incentives, similar to how Kwon’s tokens work, will eventually fail when investors panic and rush for the exit.

Kwon replied: “I don’t debate the poor on Twitter, and sorry I don’t have any change on me for her at the moment.”

The 30-year-old computer engineer-turned-CEO, however, has found himself under siege by angry investors and market regulators, as over $37 billion vanished from the market caps of two Korean-made cryptocurrencies -- terraUSD, also known as UST and its sister token luna -- over the course of a week.

According to cryptocurrency data platform CoinGecko, the total market cap of terraUSD and luna marked $3 billion as of 5 p.m. on Monday, down 92.5 percent from $40 billion on May 9.

TerraUSD, a so-called “stablecoin,” which is intended to maintain a one-to-one peg with the US dollar through a set of algorithms, was traded at $0.14 as of 5 p.m.

The way that the two cryptocurrencies worked was if the price of UST fell below $1, investors could deposit UST at Terraform Labs and receive $1 worth of luna to earn profits of up to 20 percent in return. In this case, the distribution volume of UST gets reduced to allow the price to go back up to $1.

Earlier in May, Kwon seemed to have ironically foreshadowed his cryptocurrencies’ own downfall, saying that 95 percent of crypto startups are “going to die,” in an interview with chess streamer Alexandra Botez. “There’s also entertainment in watching companies die, too,” he said then.

Just a few days following Kwon’s comments, the collapse of the two linked cryptocurrencies began on May 9 as the price of UST fell below $1 amid worsening global crypto market sentiment and the struggling flagship cryptocurrency bitcoin.

The tumbling price of UST led to rushed sell-offs of luna, creating a “death spiral” situation that threatens to wipe out the faith of investors altogether.

Kwon apologized on Twitter Saturday, saying that he is “heartbroken about the pain” caused by his invention.

“I’m sure our community will form consensus around the best path forward for itself, and find a way to rise again,” he added, referring to his revival plan posted on terra’s agora website.

He proposed that the network ownership of the cryptocurrencies should be reset to 1 billion tokens, which will be redistributed among UST and luna holders as well as the community pool.

Billy Markus, co-creator of dogecoin, denounced Kwon in a Twitter reply that the Korean CEO should “stop trying to bring in new victims” and leave the crypto industry forever.

Having graduated from Daewon Foreign Language High School, one of the most prestigious high schools in South Korea, Kwon received his bachelor’s degree in computer science at Stanford University in June 2015. He worked as an engineer at Apple and Microsoft. Kwon founded telecommunications company Anyfi in 2016 and served as its CEO for almost two years before he established Terraform Labs in 2018.

Meanwhile, Korean crypto exchanges including Bithumb and Upbit have announced they would delist luna to prevent a further selling spree.

Although Korean financial authorities on Sunday decided to carry out emergency checkups to monitor the crash of the cryptocurrencies, there are no immediate actions they can take other than warning crypto investors due to the absence of legal grounds.

In the case of the stock market, the country’s financial authorities can legally open investigations on suspicious changes in the share price of a certain company and supervise it. But currently, there are no such laws for the crypto market.

The collapse of UST and luna sparked discussions on President Yoon’s pledge to enact a basic digital assets law as it could provide a legal basis for financial authorities to oversee the crypto market and protect investors.

“We still have a long way to go as related parties -- such as government ministries and lawmakers at the National Assembly -- must talk about what will be included in the law,” an official at the Financial Services Commission said.